Taking place between Friday, February 12 and Sunday, February 14, the NEXT WAVE FILM FESTIVAL gives Toronto’s youth something fun an exciting to experience. And the coolest part – it’s curated and programmed by their own peers!  The Festival, held at TIFF Bell Lightbox promises amazing guests and Q&A sessions, industry workshops and panels, a 24-Hour Film Challenge and a Battle of the Scores!

We had the pleasure of speaking to one of the Festival’s Programmers, 17-year-old Macy Armstrong and together over tea at CANTEEN we chat about some of our fondest memories of TIFF and what to expect from this year’s NEXT WAVE FILM FESTIVAL. I learned that after being canvassed by a Teacher last year for an opportunity to work with the City’s most important Film institution, she would then go through a round of questions and essays.  Eventually, the Arts School student was plucked and placed among an exclusive group of young, taste-making Film experts.

Armstrong describes for us the spirit of Next Wave and why we need a Festival for young Movie Lovers. “There’s a group of us, all in high school, and we get to program and watch all Films at the Festival. We think about what would be beneficial and valuable for our generation to watch.”, she says.  She brings up an interesting point adding,”A lot of times Films are made about teenagers, but not for teenagers. We want Movies that can be enjoyed by teenagers and also about teenagers.”.

On the selection process of Films that screen at Next Wave, Armstrong reveals “We’d see a Film or two a day. After each Film, we wrote down and articulated our thoughts on it. We’d have a casual conversation about what we thought of each Film in relation to our message about teenagers. From that, our top Films emerged.”.

When she was selected to join the panel of Programmers for the Festival, Armstrong already had been attending TIFF for four years already. Like me, we share a similar adoration for the greatest Film Festival in the world. “I’m obsessed with TIFF”, she admits. “I have a James Franco obsession. He was doing an interview and art installation in partnership with TIFF, so I went to that. I remember I brought him some Fan Art”.  “He wanted to buy it and it became a thing.  I also made a painting of 127 Hours – my favourite Movie.”.

We both agree that we miss a certain Canadian heartthrob.  “I remember waiting in line and saw Ryan Gosling wave at me. That was so exciting!”.  I forgot to share with her the time I was getting groceries on Christmas Eve at the grocery story under my old condo and ran into him there!

“I really love SONGS MY BROTHER TAUGHT ME. It is so beautiful and intimate, covering some universal themes of how environment shapes us and the relationships you develop in those communities.”

“You meet interesting characters in TAKIN’ PLACE.  It is another film about community and a genuine Film.”

“FLOCKING is a fictional story about a girl who accuses someone of sexual assault. It addresses how we treat accusations.”.

For those interested, the SPACE JAM LIVE READ (coinciding with NBA All Star Weekend in Toronto!)  takes place Saturday, February 13, 2016 at 1:00 PM with names of voice talent just being announced.  More here.

Many also are talking about Elevation Pictures’ SING STREET, for which Actor Ferdia Walsh-Peelo will be visiting!

With the Oscars coming up, we both peg the same choice for Best Picture.  “ROOM is the most emotional rollercoaster. I read somewhere that it is an exercise for your tear ducts”, says Armstrong.  AGREE. 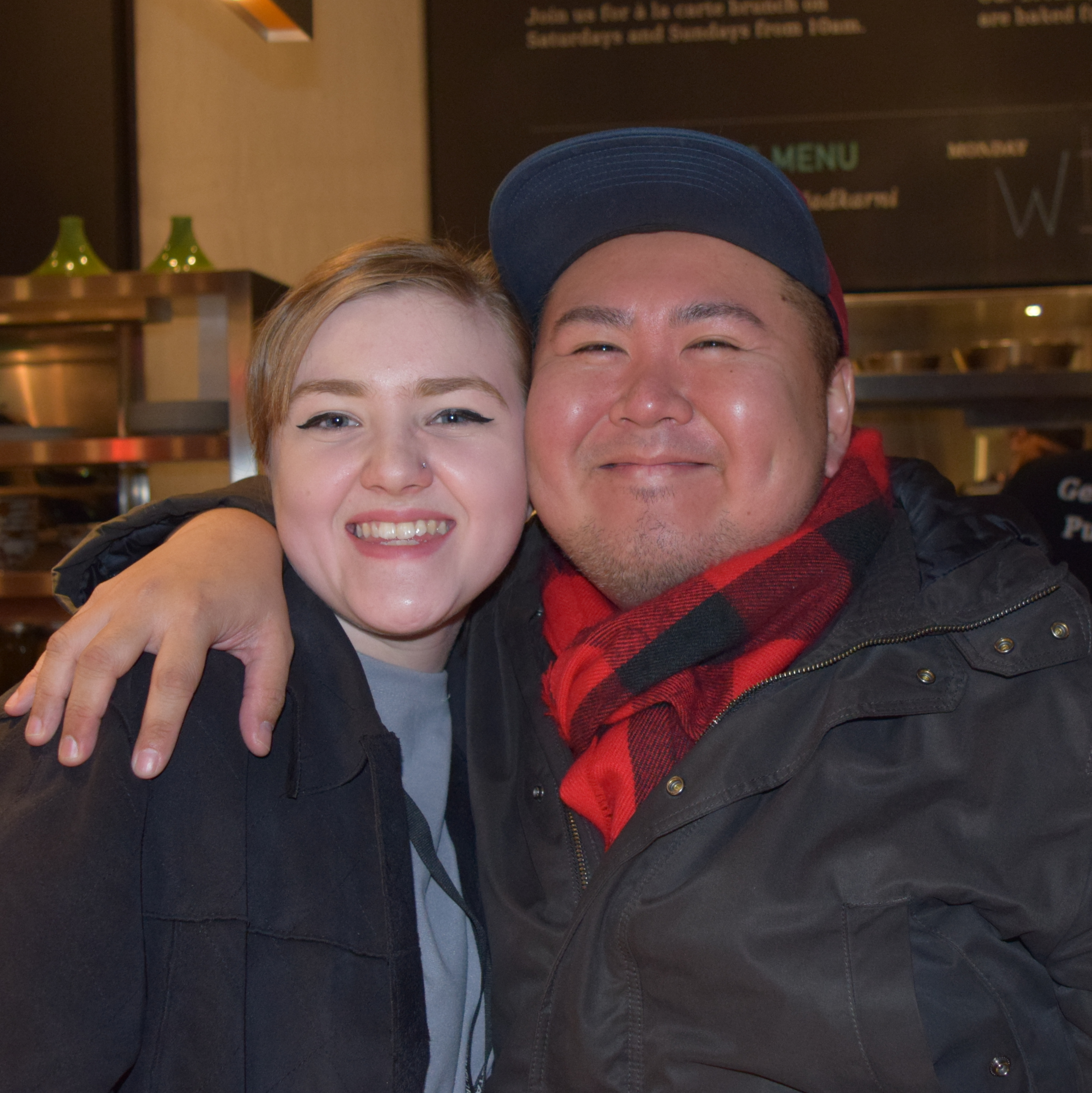