#GIVEAWAY: ENTER TO WIN DISNEY’S “THE LION KING” ON BLU-RAY

We’re thrilled to give our Readers across Canada a chance to win copies of Disney’s THE LION KING on Blu-ray!

BLU-RAY & DIGITAL BONUS FEATURES:
• The Journey to “The Lion King” –
o The Music – Go inside the studio with the cast and crew as they work to honor and elevate The Lion King’s beloved music.
o The Magic – Discover how the filmmakers blended the traditional filmmaking techniques with virtual reality technology to create amazing movie magic.
o The Timeless Tale – Filmmakers and cast reflect on the story that has moved generations and share how this Lion King carries a proud legacy forward.
• More to Be Scene – Recording studio and layer-by-layer progressions of some of most iconic moments in “The Lion King.”
o “Circle of Life” – Peel back the layers of effects and go behind the scenes of this iconic musical moment from the film
o “I Just Can’t Wait to Be King” – See all the effects, talent and fun that went into creating this vibrant version of “I Just Can’t Wait to Be King” for the movie
o “Hakuna Matata” – Join Donald Glover (Simba), Seth Rogen (Pumbaa) and Billy Eichner (Timon) in the studio for the making of this memorable scene.
• Music Videos
o “Never Too Late” (lyric video) by Elton John
o “Spirit” performed by Beyoncé Knowles-Carter
• Filmmaker Introduction
• Audio Commentary – By Director Jon Favreau.
• Song Selection
o “Circle of Life”
o “I Just Can’t Wait to be King”
o “Be Prepared”
o “Hakuna Matata”
o “The Lion Sleeps Tonight”
o “Spirit”
o “Never Too Late”
• Protect the Pride –Director Jon Favreau, the Lion Recovery Fund and conservationists highlight efforts to protect the majestic lions and their home. 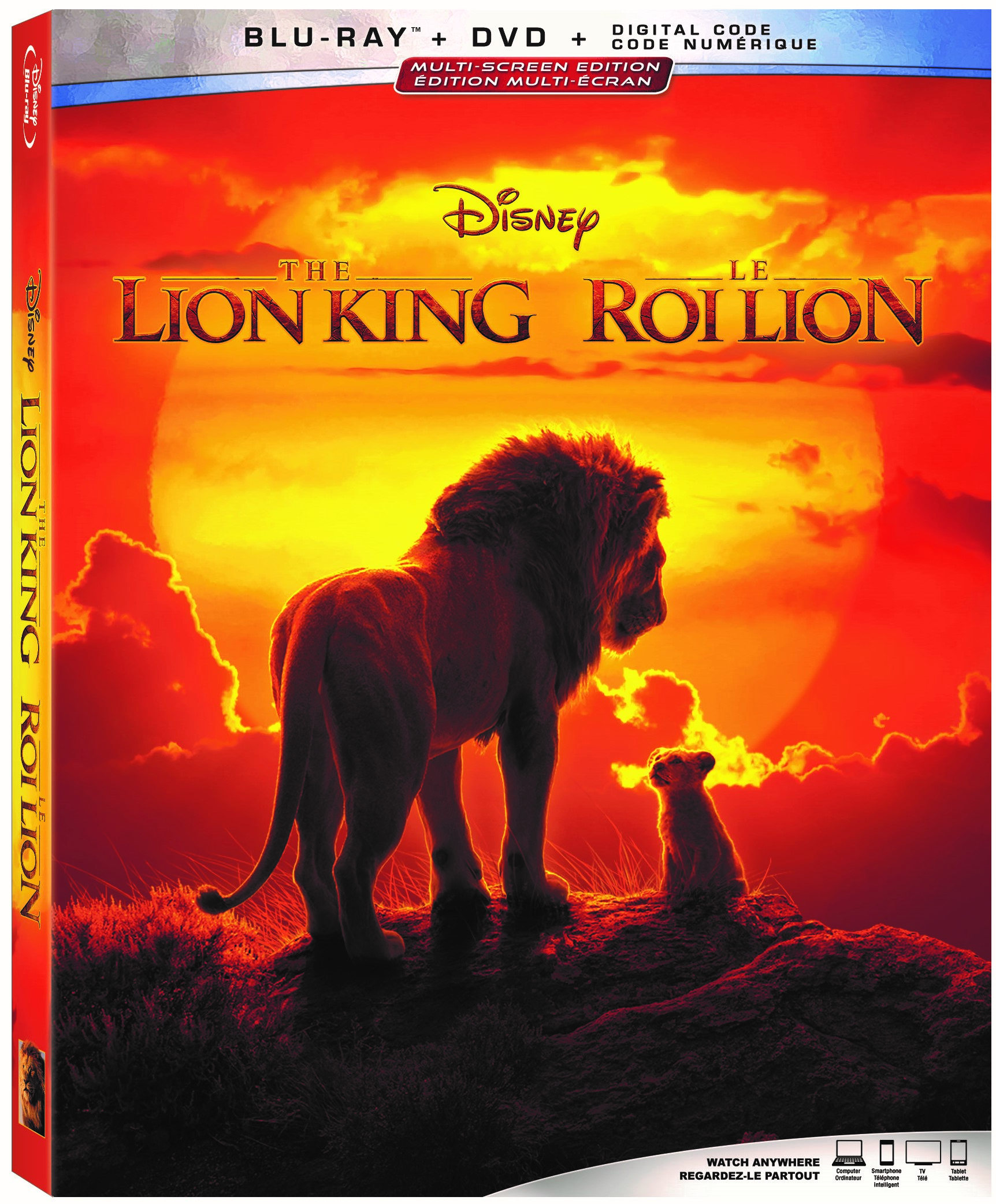 Disney’s THE LION KING is in stores now.