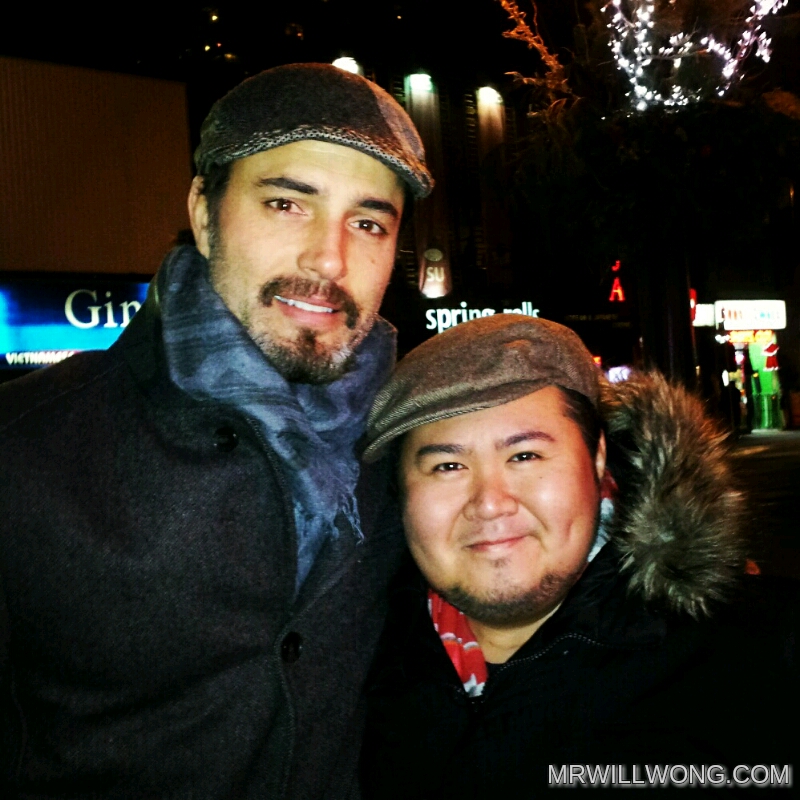 With news of Showcase Series Continuum getting renewed for a second season, Star Victor Webster currently has a bit of a break in his schedule.  Just this past May, we spotted Continuum‘s Rachel Nichols out and about as she was promoting the just-launched Series then.

After having an amazing Korean BBQ Dinner with Friends tonight, we all stepped-outside and wouldn’t you know it – we spotted the  Hunk known best for his work on Mutant X, Charmed and Castle, as he head-along for a walk down Yonge Street. Generously, he stopped  to take Photos and chat with us.

Webster soon will begin production on Horror Flick Growl in Vancouver alongside Katee Sackhoff – although it remains to be seen what exactly he is up to in the City right this moment!