#GIVEAWAY: ENTER TO WIN PASSES TO SEE “TRESPASS AGAINST US”

Elevation Pictures x Mr. Will want to take Readers to see TIFF ’16 selection TRESPASS AGAINST US at participating Cineplex Event Cinemas this and next weekend!

Trespass Against Us centers on three generations of the Cutler family, a close-knit clan of nomads living an outlaw existence in their own anarchic corner of Britain’s most affluent countryside. Chad Cutler (Michael Fassbender) is the heir apparent to the family patriarch, his bullying father Colby (Brendan Gleeson), and has been groomed to spend his life hunting, stealing and tormenting local law enforcement. But with his own son Tyson (Georgie Smith) coming of age and his wife Kelly (Lyndsey Marshal) pushing him to stand up to Colby, Chad finds himself locked in a battle for the future of his young family.

Elevation Pictures release TRESPASS AGAINST US Friday, January 27, 2017 on-demand and in select theatres:

#TIFF16: “TRESPASS AGAINST US”

From director Adam Smith comes a complicated Family Drama, Trespass Against Us which begs the question to what lengths we will go to for our family. What makes this TIFF ’16 selection stand out are the lead performances from Michael Fassbender and Brendan Gleeson.

The story focuses on the dynamic between Chad (Michael Fassbender) and Colby (Brendan Gleeson) as they live in a deserted part of town with the rest of the family in trailers and Colby sends them on missions to cause havoc and break the law in town. It truly is a family affair, but Chad always seems to be the go to guy for big jobs and general mayhem. When enough becomes enough, Chad tries to leave the family but Colby is not a force to be reckoned with. The overarching question is, can Chad manage to escape his father and siblings to protect his family or will he forever be stuck with the hand he was dealt?

Trespass Against Us truly is a great addition to TIFF ’16 with its powerhouse performances from both Fassbender and Gleeson making this one of many must-see Films at the Festival.

After setting the world of cinema on fire with his all-in 2008 debut Hunger, Irish-German actor Michael Fassbender quickly has risen to the ranks among Hollywood’s top leading men. The striking star has challenged himself with great aptitude in roles so demanding, alas the Academy could not resist, garnering him a nomination for his portrayal of technology icon Steve Jobs earlier this year.

TIFF ’16, the Festival’s 41st edition, rolled out the Red Carpet for Fassbender at its TIFF Bell Lightbox Headquarters, him headlining its annual Soirée. The London-trained star spoke with TIFF Artistic Director Cameron Bailey before an intimate audience which included notable names Shohreh Aghdashloo, Deepa Mehta, Kristian Bruun and several TIFF Rising Stars. He reflected on his most memorable roles and collaborations with Writer/Director Steve McQueen, both whom have paired together through three widely-acclaimed Films: Hunger, Shame and Best Picture-winning 12 Years a Slave. All three Films premiered at TIFF.

He is back this year with Trespass Against Us for Elevation Pictures, in which he stars alongside Brendan Gleeson. The Film examines the tensions between travelers versus settlers and a son’s attempt to escape the outlaw life of a criminal clan.

He describes the process of seeing his own Films rather “horrifying” but admits, “I kinda get off on it.”. He doesn’t plan to sit through his performance in Trespass Against Us.

On his experience working with Director Andrea Arnold, he admits to being a bit of a slow learner as she would pass him his lines the night before. “She likes to create chaos and is brilliant at capturing it, whereas some Directors like to create chaos and can’t do the same.”. “Magic moments are ones that can’t be planned. It’s like the black lines between a photograph which get captured by a camera – they make us fall in love with a story.”.

How does Fassbender compare the experience of acting on stage versus camera?

He says, “It’s about finding the pace of the day when filming and pacing yourself accordingly. Filming is much like sprinting, whereas theatre is more like a marathon.”.

On filming big-budget Blockbusters like Prometheus and X-Men, he breaks down how much slower a process that is versus the smaller-budget Films he’s made in his repertoire.

“On a big budget shoot, we go through maybe two pages of dialogue a day. Everyone has to be in-sync as a machine – it’s quite impressive.”.  He adds, “It took 25 days on the other hand to make Shame and an unbelievable 35 days to make 12 Years a Slave.”.

Playing Erik Lehnsherr in the X-Men Franchise, he sheds some light on his own superpowers.

“I’m a great Powernapper. I mustn’t be without a superpower! I can just lie down on stage if it comes to that. When I’m tired I just have to sleep.”.

How exactly did the magical Steven McQueen-Michael Fassbender partnership begin?

Fassbender admits, “He actually hated me at first and thought I was arrogant”. The Casting Director of Hunger convinced him to let me read again for the much-talked-about 17-minute-long scene between his Bobby and the Priest. He was offered the role shortly after that.

He equates collaborating with McQueen and Team to making music, describing it “like riffing back and forth”.

Bailey asked Fassbender about the physicality he brings to his roles in how he fully transforms every time.

“Pub Theatre (performing the likes of Resevoir Dogs) and doing pantomimes is how I started where we used body as expression,” he recalls. During his time in London, which saw him dropping-out six months before graduation, he studied movement within space and ballet.

“Shoes and costumes give me that extra layer to get into character.  It all starts from feet up.”.

With already this much accomplished we wonder what’s left for Fassbender to conquer?

The Thespian would love to do Comedy. “I spoke to Seth Rogen (his Steve Jobs Co-Star) about it after throwing a blueberry at him over dinner!”.

Fassbender at the TIFF Soirée: 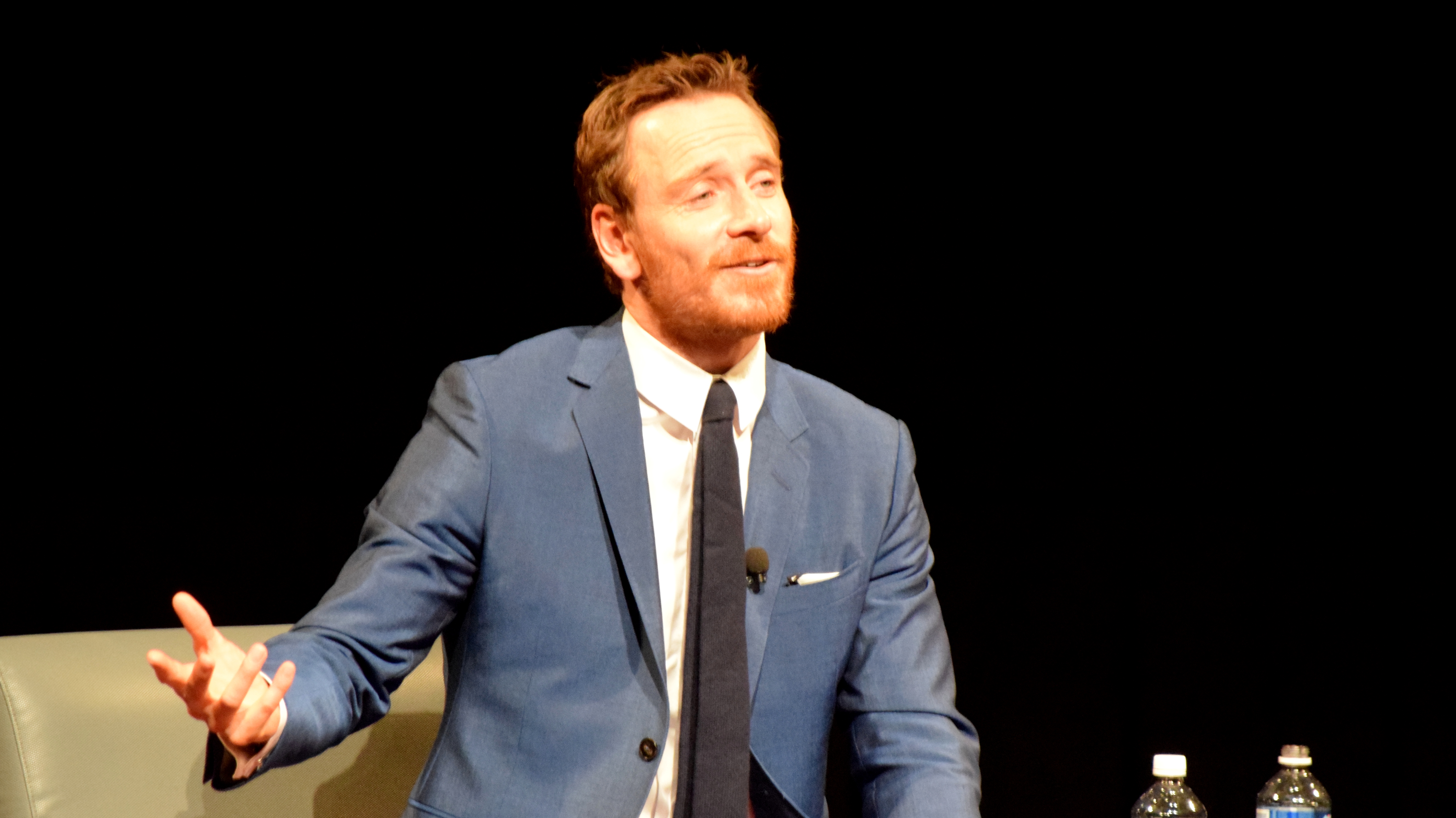 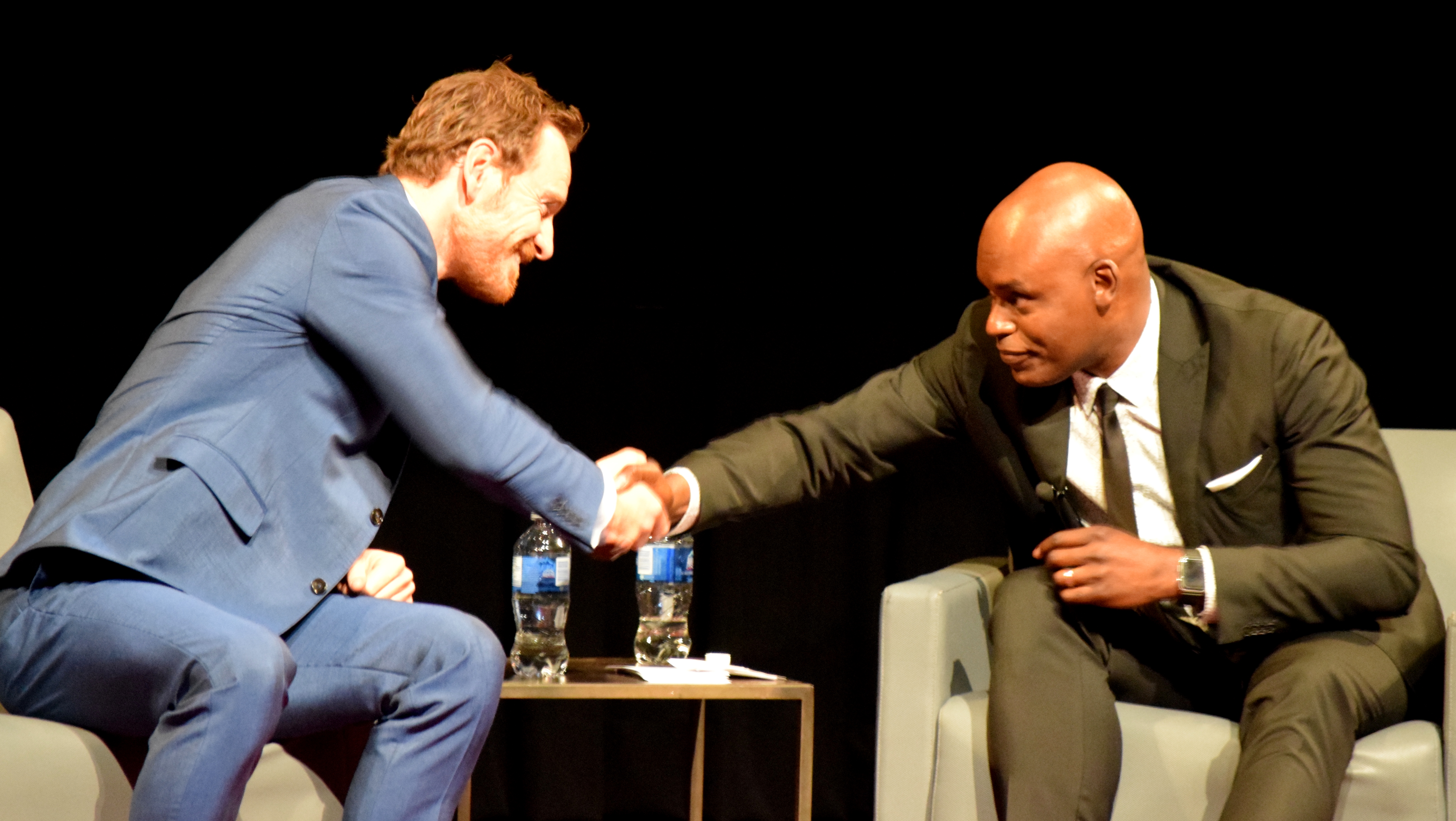 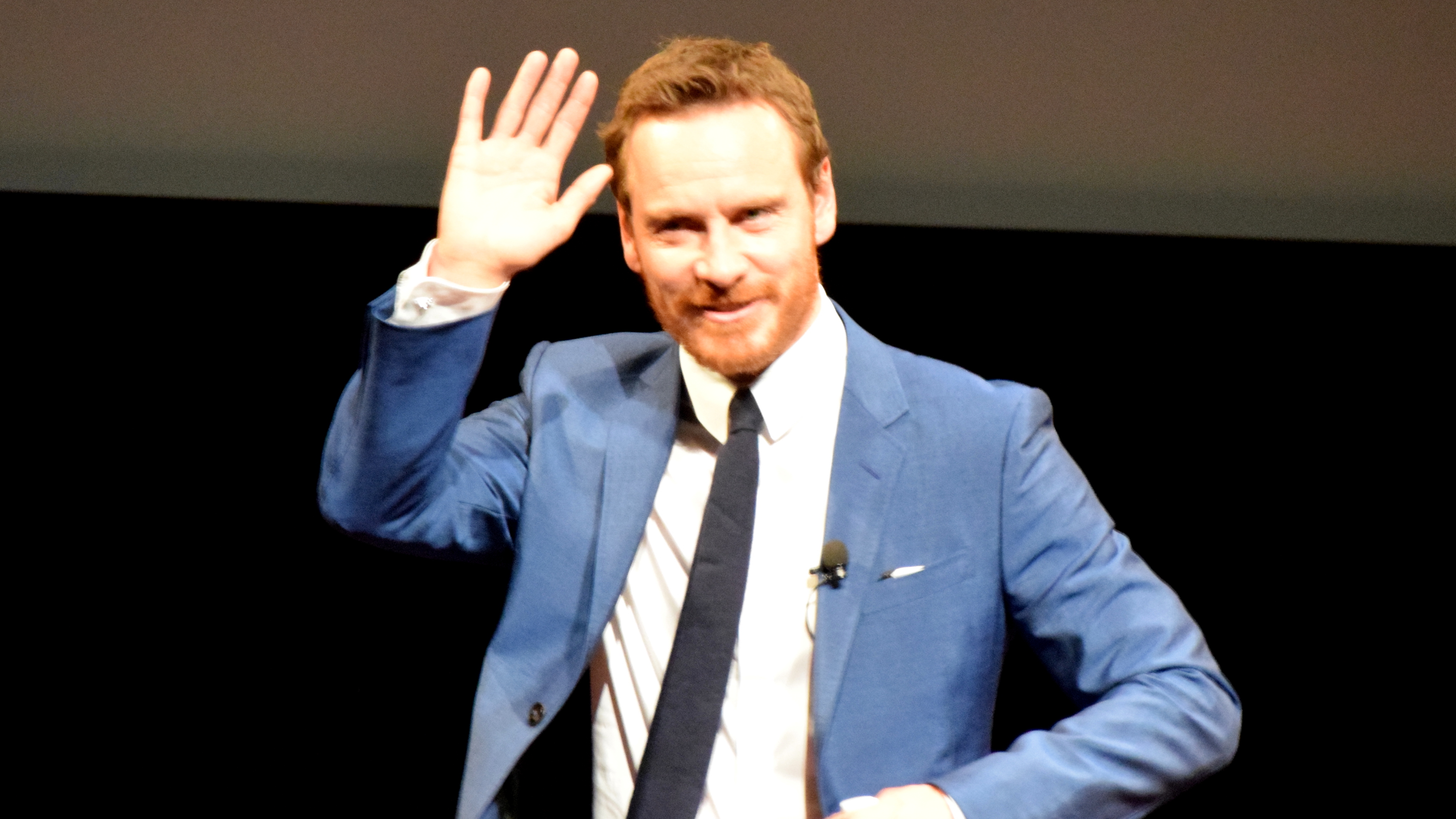 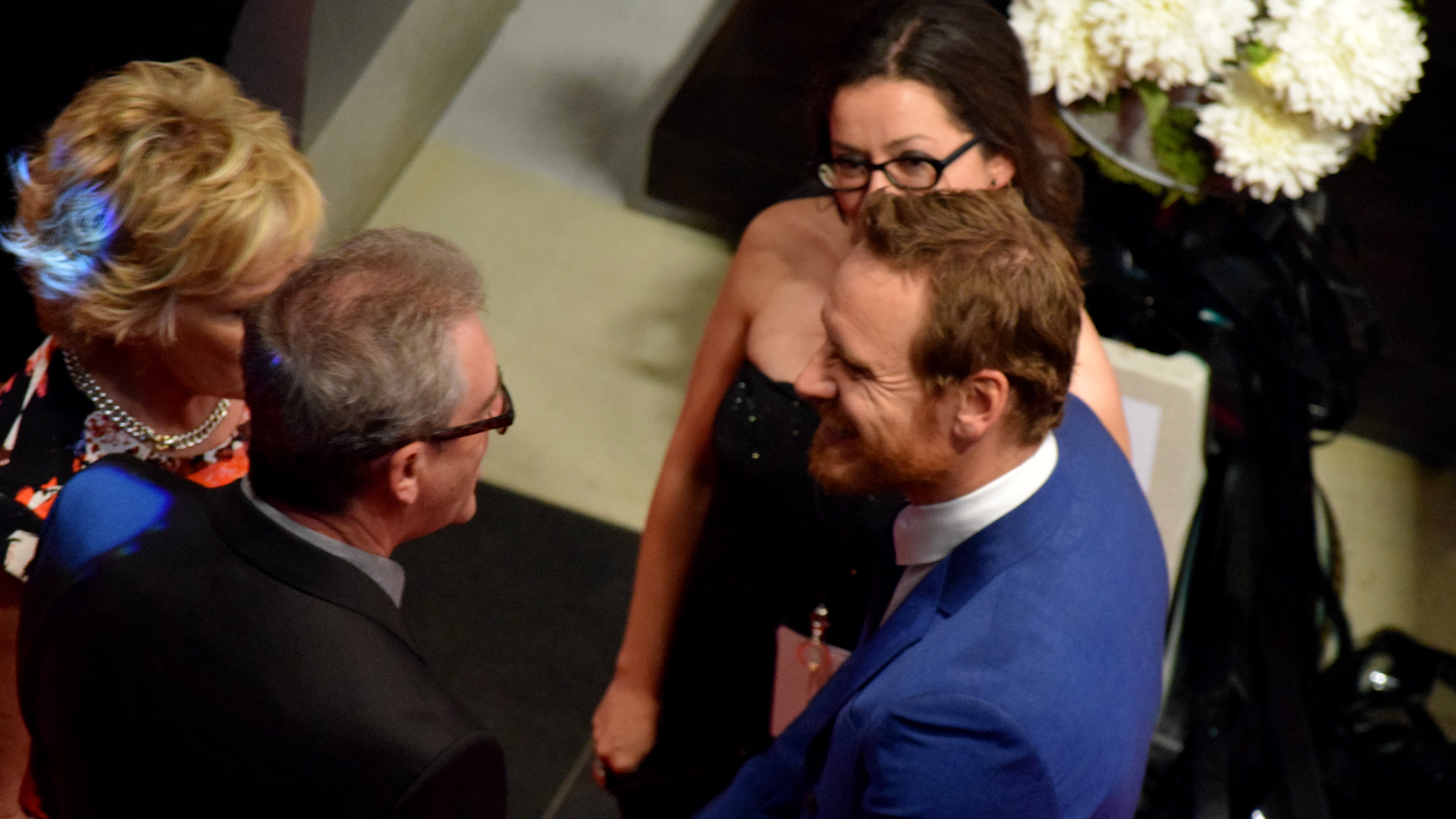 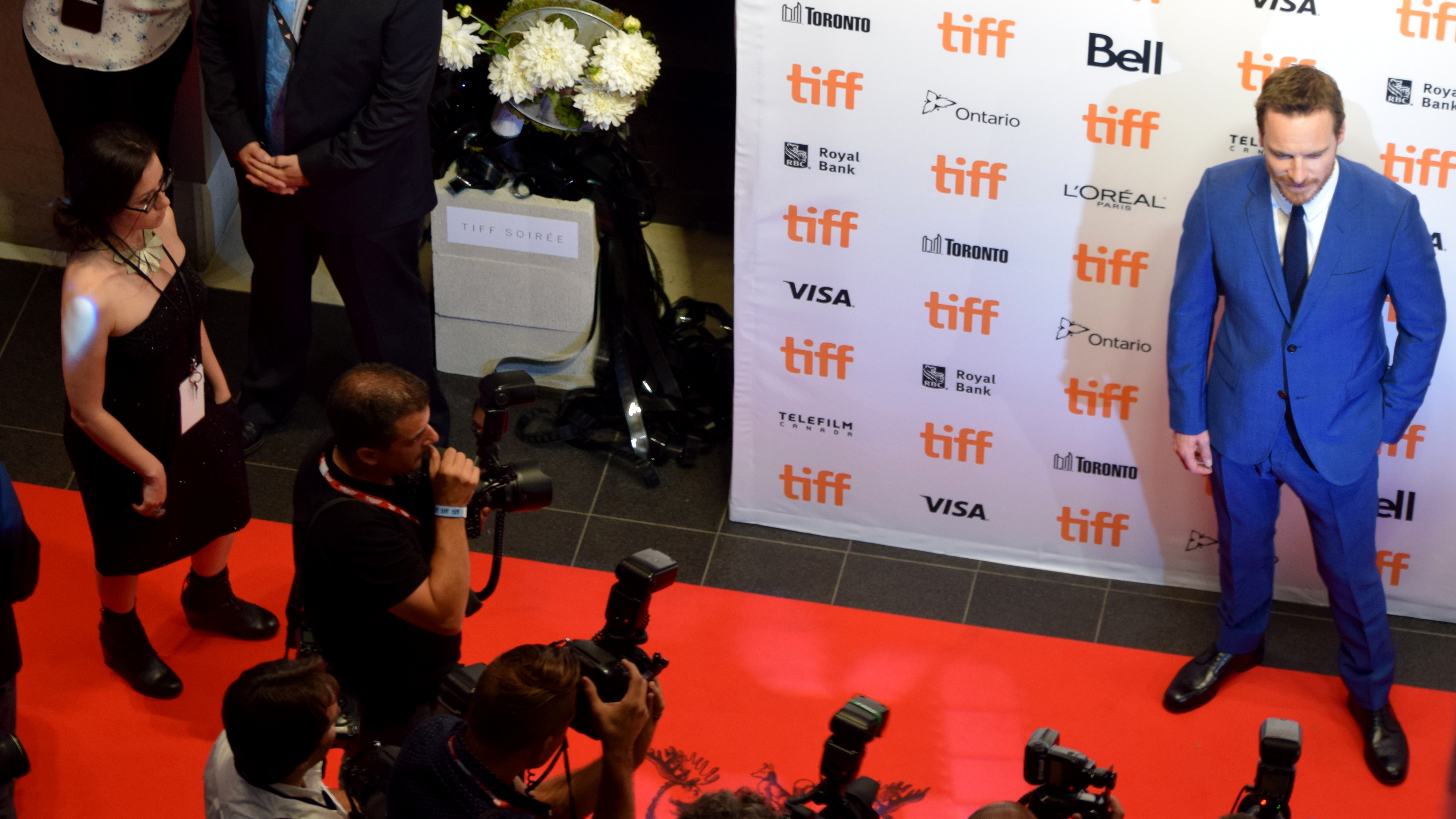 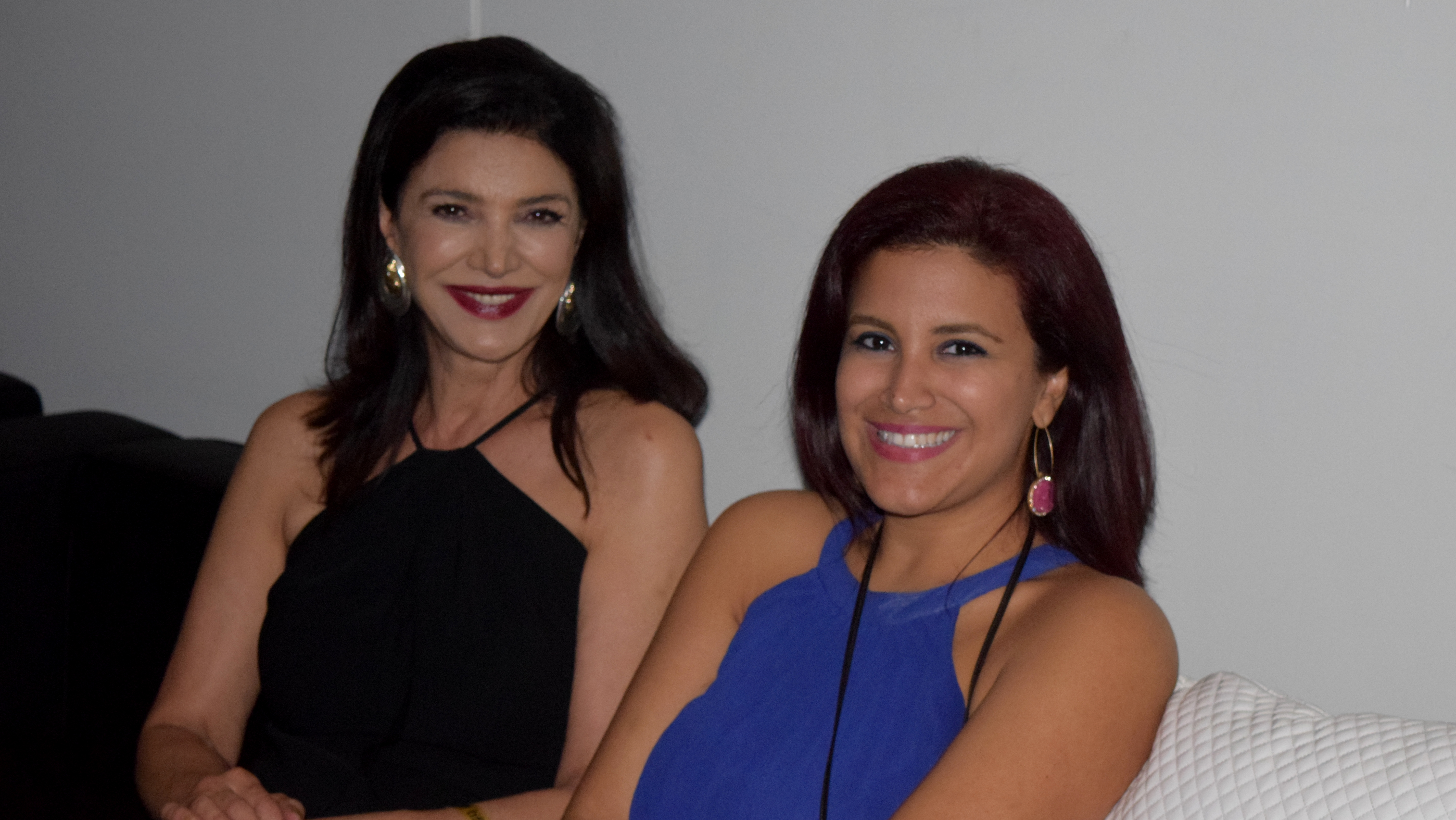 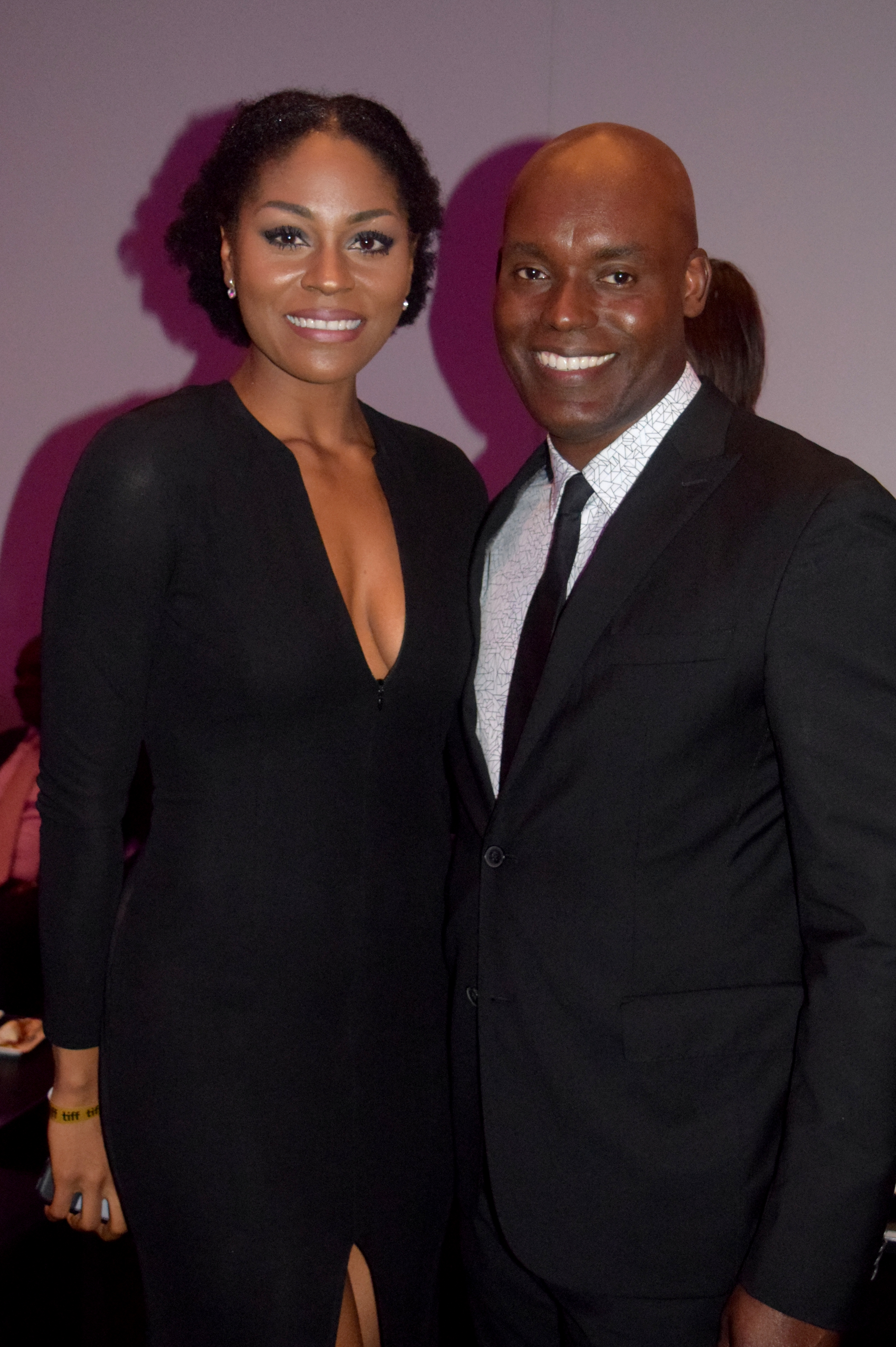 Proceeds from the TIFF Soirée go to Reel Comfort, a programme that brings films and special guests to mental health patients at Toronto hospitals; Special Delivery, which reaches out to youth in under-served communities and brings film screenings, director discussions, and workshops to community partners across Toronto; and Pocket Fund, which provides subsidies for children and families who would otherwise be unable to participate TIFF’s film based learning programmes.