Grammy Award-winning and Emmy-nominated Conductor Richard Kaufman, marked his debut with the Toronto Symphony Orchestra with an exciting concert featuring a host of Oscar-winning and nominated scores and songs. BEST OF HOLLYWOOD features music from classic movies like The Godfather and The Magnificent Seven to Gone with the Wind and Dr. Zhivago and the heavenly orchestral performances fill the Roy Thomson Hall with elegance and memories of wonderful films. One cannot help being swept-away with the sensual and romantic music from Out of Africa or notice how John Williams must have been inspired by Parade of the Charioteers from Ben Hur when he created the now iconic score of Star Wars. Throughout the Concert, Kaufman and the TSO are graced with the mellifluous voice of Whitney Claire Kaufman and two of her performances were my personal highlights from the concert. Her rendition of When You Wish Upon a Star from Pinocchio accompanied only by a piano elicited goosebumps and I absolutely loved hearing sing Through the Eyes of Love, a song that was deleted from the final cut of Mary Poppins as Walt Disney did not like the idea of this character singing a love song.

Richard Kaufman entertains the audience with trivia about the movies and personal insights and stories. He is a charming host and outstanding conductor. My one and only minor caveat with BEST OF HOLLYWOOD is that there three too many songs from the Disney catalogue. Though glorious in their own right, I would have like to hear Whitney Claire Kaufman sing the 1942 Oscar winner You’ll Never Know from Hello, Frisco, Hello, Secret Love from Calamity Jane or To Sir with Love. Those songs would have fit her glorious voice.

That aside, BEST OF HOLLYWOOD brings to the audience a phenomenal repertoire of scores and songs, sensationally presented and should be seen by fans and neophytes. It is a phenomenal Concert. 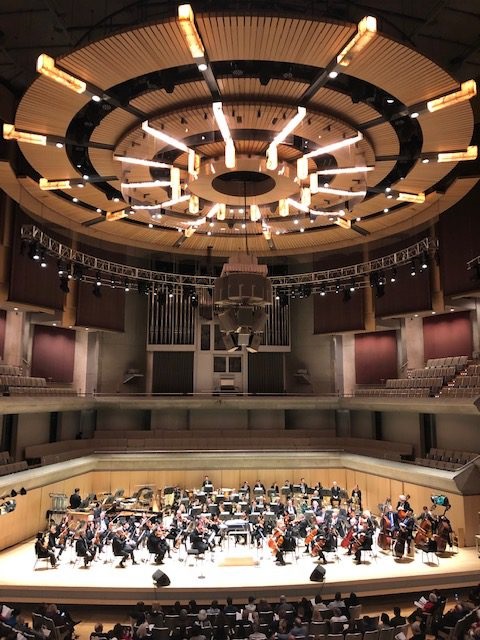