#GIVEAWAY: ENTER TO WIN A COPY OF “I’M THINKING OF ENDING THINGS”

From the Writer of Eternal Sunshine of the Spotless Mind, Charlie Kaufman, comes I’M THINKING OF ENDING THINGS. The Psychological Thriller is based on the acclaimed Novel by Canadian Writer Iain Reid. The Film Adaptation starring Jessie Buckley, Jesse Plemons, Toni Collette and David Thewlis arrives on Netflix this week.

To celebrate its release, we are giving Canadian Readers a chance to win a copy of the Bestseller on which it is based.

Charlie Kaufman, Writer of Eternal Sunshine of the Spotless Mind directs I'M THINKING OF ENDING THINGS, coming this Friday to Netflix. Your chance to #win a copy of the Novel on which it is based! https://t.co/whR25nZXoV pic.twitter.com/1bbTQDoRkj


I’M THINKING OF ENDING THINGS is out Friday, September 4, 2020 on Netflix.

From the brilliant mind of Charlie Kaufman (Eternal Sunshine of the Spotless Mind) comes this new Trailer for I’M THINKING OF ENDING THINGS!

Synopsis:
Despite second thoughts about their relationship, a young woman (Jessie Buckley) takes a road trip with her new boyfriend (Jesse Plemons) to his family farm. Trapped at the farm during a snowstorm with Jake’s mother (Toni Collette) and father (David Thewlis), the young woman begins to question the nature of everything she knew or understood about her boyfriend, herself, and the world. An exploration of regret, longing and the fragility of the human spirit, I’M THINKING OF ENDING THINGS is directed and written by Academy Award winner Charlie Kaufman (ETERNAL SUNSHINE OF THE SPOTLESS MIND). Inspired by Iain Reid’s bestselling namesake novel.

After raves at Sundance, DREAM HORSE will see a Canadian release! We loved the Documentary DARK HORSE so much and are thrilled to see it all again in this Adaptation of the Film starring Toni Collette!

Synopsis:
DREAM HORSE tells the true story of Jan Vokes, (Academy Award® nominee Toni Collette) a Welsh cleaner and bartender, who decides to breed and rear a racehorse. She persuades her neighbors and friends to contribute financially to the goal. The group’s unlikely investment plan pays off as the horse rises through the ranks and puts them in a race for the national championship.

MK2 release DREAM HORSE is in theatres this May.

In the attempt to find meaning in her life, Jan (Toni Collette), breeds a racehorse in her tiny Welsh town and enters him in once race after another.

This is a hilarious and heart-warming underdog story filled with quintessential British humour. Although the story is quite conventional it’s the way Horse Racing is presented and the brilliant performance from Collette that separates it from the rest. Overall, Director Euros Lyn brings Jan’s true story to the screen in an entertaining and heartfelt way. 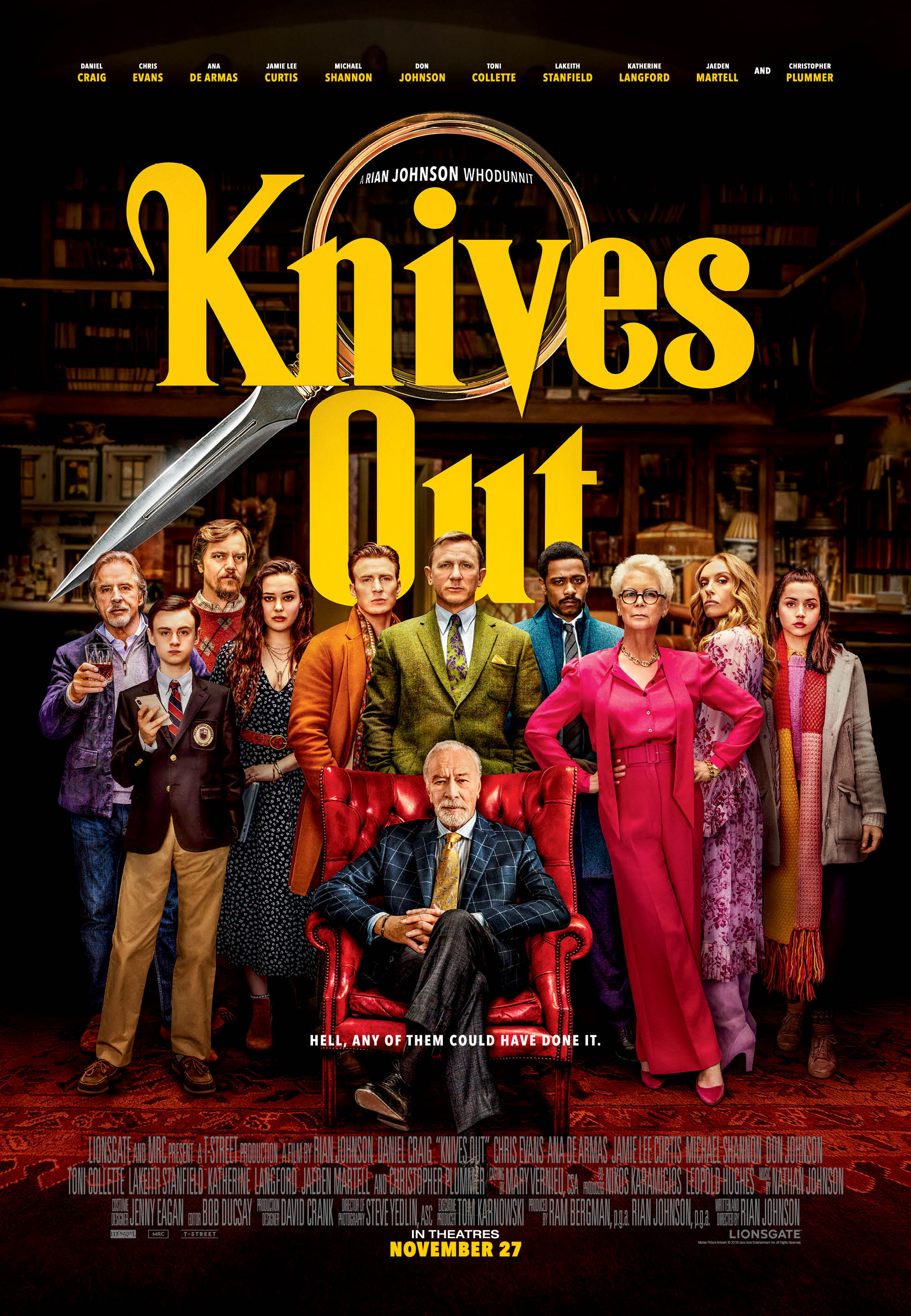 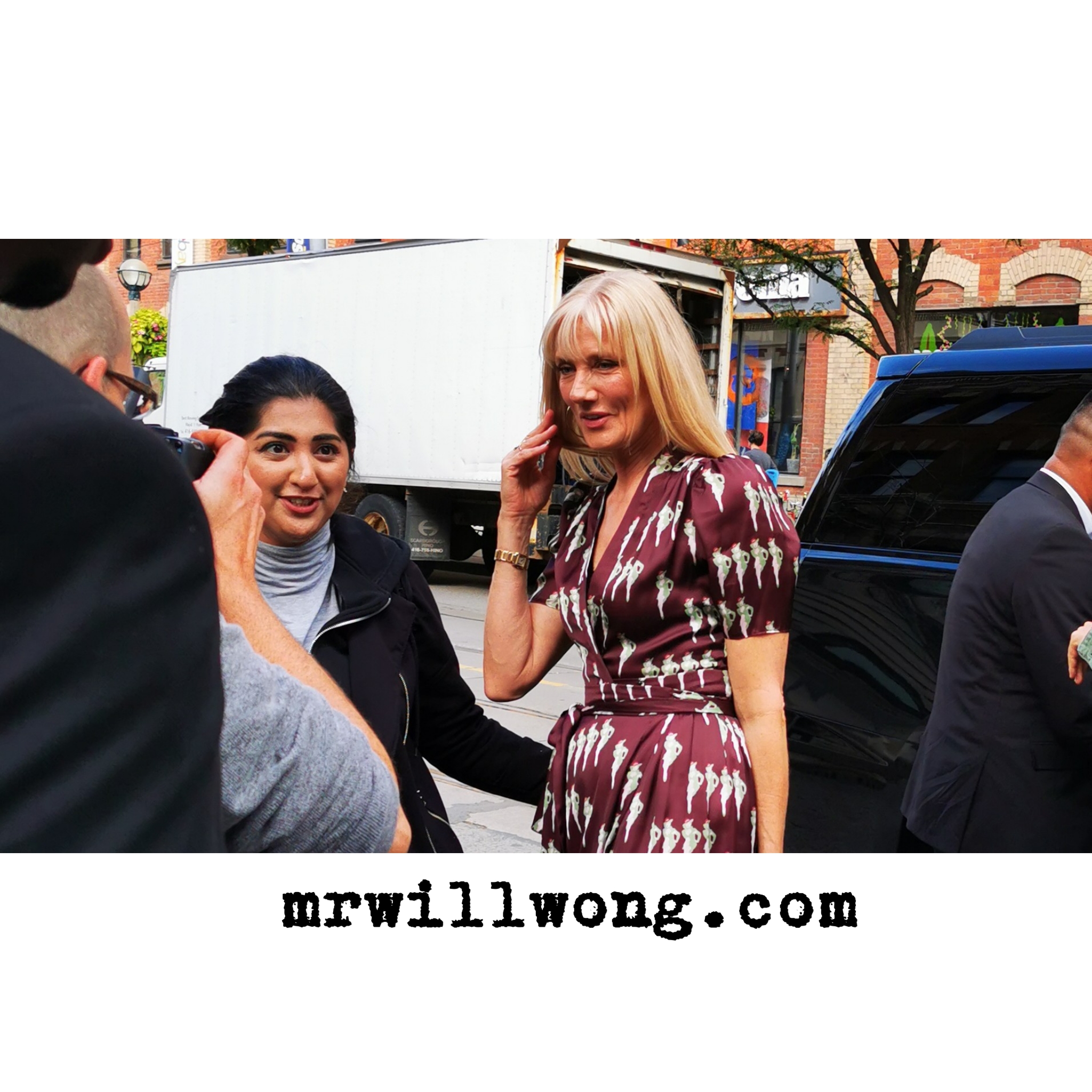 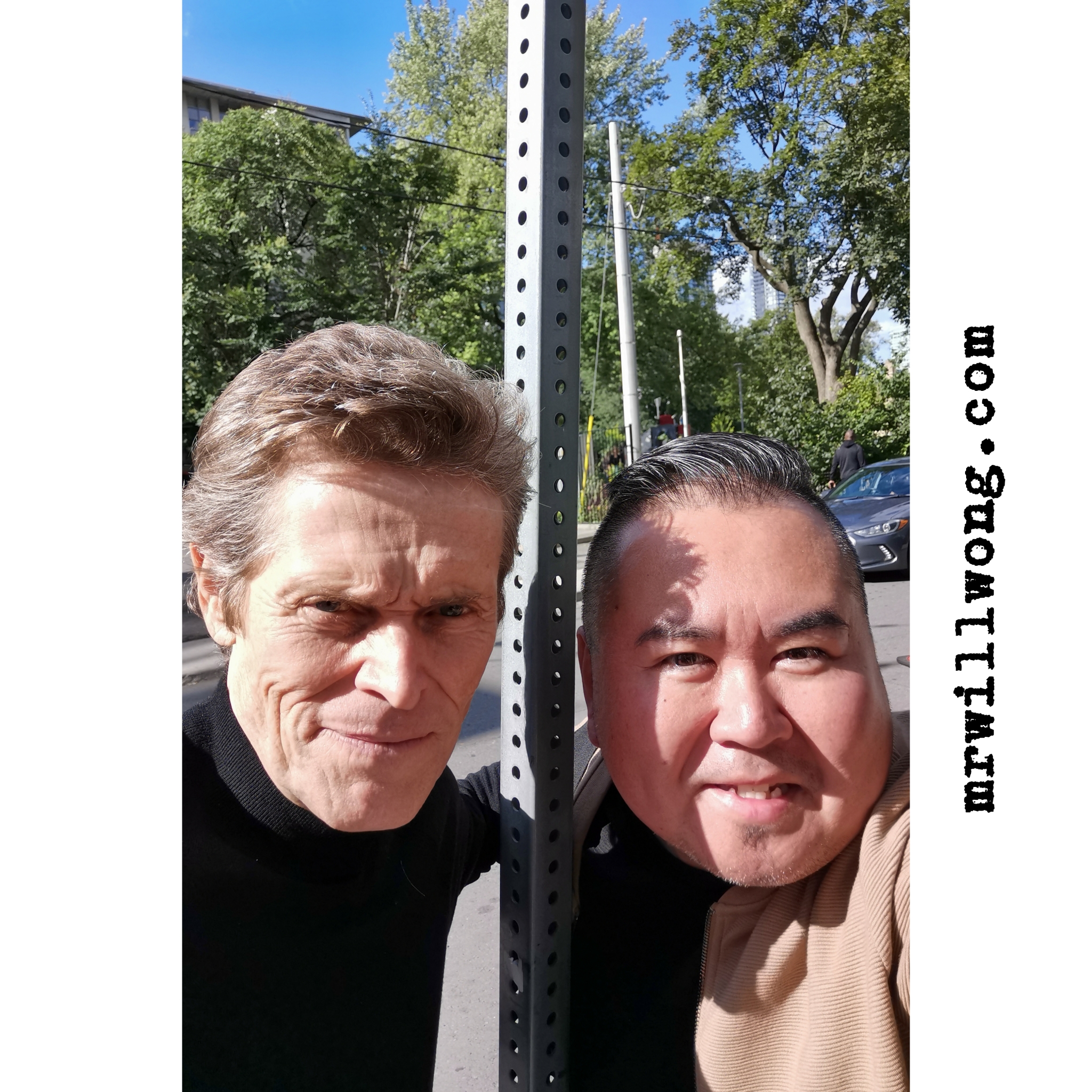 “I wanted the Film to feel evil.”

It is a rather innocuous quote, but one that perfectly describes the aura around Ari Aster’s critically-acclaimed Film Hereditary. The first-time feature Writer/Director has received unanimous praise out of both Sundance and SXSW for his Tale of a grieving family who, in the wake of their matriarch’s death, discover nightmarish secrets relating to their ancestry. Aster presented the Film at TIFF Bell Lightbox on Wednesday evening – the first Canadian public screening – and followed with a Q&A with the George Stroumboulopoulos.

And when your Film is being touted on posters as the “scariest Film since The Exorcist”, you know the audience is in for something special.

The less said about the shocks and surprises found within Hereditary, the better. For Aster, he just wanted to “make a Movie about grief and trauma.” But having watched various Oscar-type movies during his schooling at AFI and Sundance, he knew he had to make something more unique and outside the box: “It’s in me to see [those kinds of movies] and think, what’s the worst thing I can do here?” He doubled down by suggesting the whole point of Hereditary was to “make a Film that didn’t let people off the hook” for what they were involved with, suggesting not so-subtly that “everything that’s coming is inevitable.”

Another important element of Aster’s discussion with Strombo was regarding the Film’s Sound Design. Much of the sounds came directly off the pages of Aster’s Script, but his Sound Team was determined to use them in radically different ways. “We played a lot with using different speakers,” Aster says, using them to express not just the sounds on-screen, but the different emotions and feelings of the characters. He stressed that some effects – including mouth clicking that becomes progressively more horrifying – were designed to be “played in different parts of the room” at all times. As Aster recalled, listening on a conventional stereo system completely ruined the terrifying effects he was going for (and in turn, Colin Stetson’s enigmatic Score), remarking that he “wanted this sub base thing that you feel in your guts more than you hear it.”

But no matter where the conversation went (including a brief mention of how proud he was of Lead Actress Toni Collette’s “kamikaze” performance), Aster kept circling back to the feeling he was trying to evoke through every twisted frame of Hereditary. “I wanted to test your patience,” he told the packed audience, noting that “As the [characters] were suffering, the Movie is smiling.” And while he describes the Film as “sinister” and “mean-spirited”, he continues to be both shocked and delighted at the acclaim the Film keeps receiving – he just assumed he was “making a really alienating movie that made people feel bad.”

I will save my full thoughts on Hereditary for my upcoming Review but will note that I do not remember the last time I was so unsettled and unnerved watching a Movie. So skip the Trailers and start mentally preparing yourself – you will not want to miss out on this future Horror classic.

Starring Matthew Goode x Toni Collette, the new Trailer for the Comedy, BIRTHMARKED has just surfaced for us to enjoy!

Synopsis:
Two scientists decide to raise their children (one natural, two adopted) in complete isolation as part of a large social experiment to see if they can shape their children’s personalities contrary to their genetic predisposition (a Nurture vs. Nature experiment). Eventually the children start to resist the conditioning set out by their parent’s “curriculum” and the relationship between the parents starts to deteriorate. 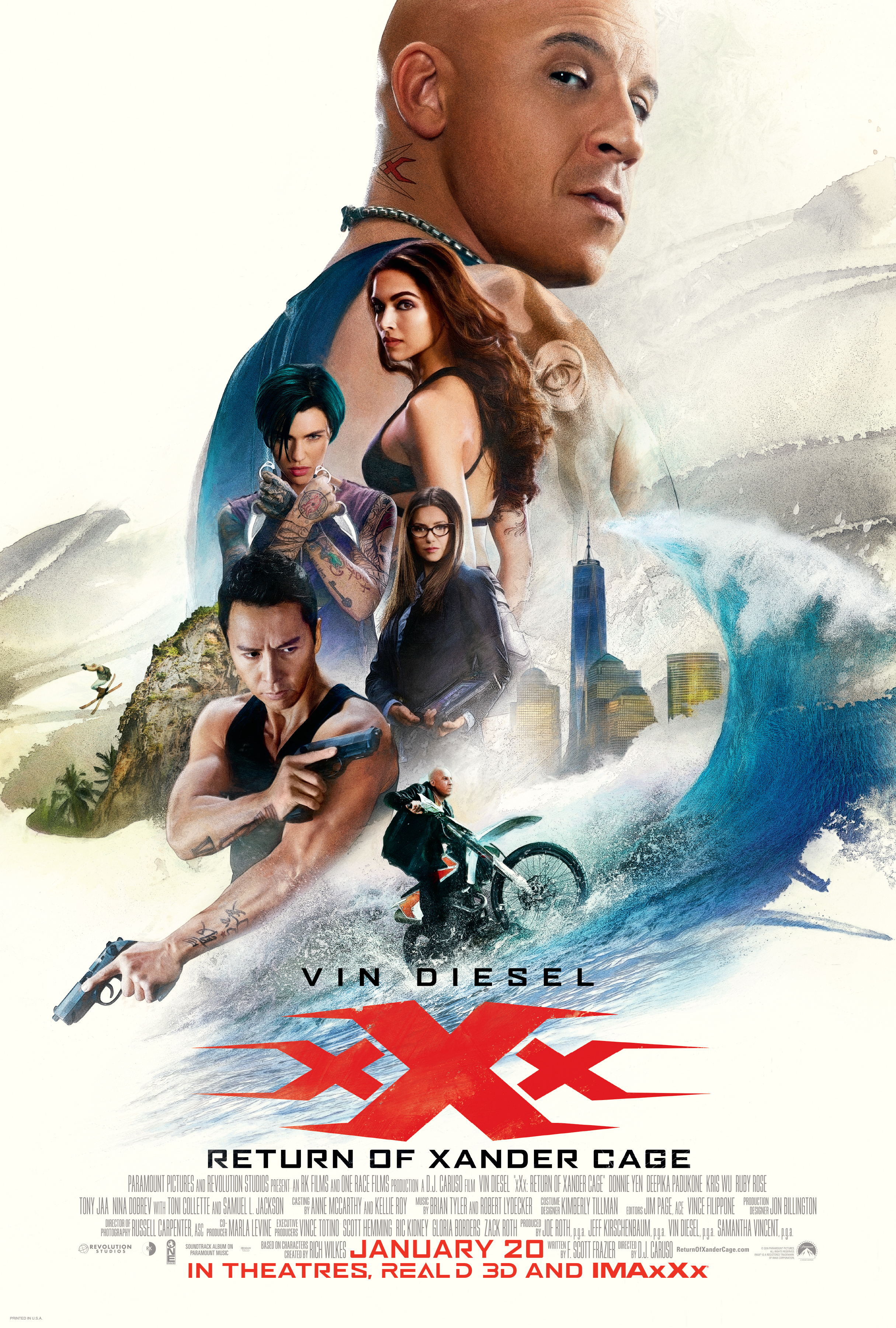