THE MARTIAN continues its Box Office invasion a second week, landing atop the Box Office with $36.5 million from 3,854 theatres for 20th Century Fox.  Thus far in its run domestically, it has made $108 million.

Former champ HOTEL TRANSYLVANIA 2 lands in second in its third week out for Sony Pictures, earning $23 million from 3,768 theatres.  It  has made $119 million in its North American run so far.

Debuting in third is Warner Bros.’ PAN, with $17.4 million from 3,515 theatres. Starring Garrett Hedlund, Rooney Mara and Hugh Jackman, the Fantasy directed by Joe Wright was “panned” by Critics with a 23% on the Tomatometer,  but Audiences gave it a much better B+ CinemaScore. It was made for $150 million.

THE INTERN is showing great staying power, in fourth this weekend with $8.8 million for Warner Bros.  It will soon surpass the $50-million-mark in these parts.

THE WALK expands to 2,509 theatres for Sony Pictures, good enough for eighth spot with $3.7 million this weekend.  Critics gave the Film based on the memoir of Philippe Petit a strong 86% on the Tomatometer.

THE VISIT rounds-out the Top Ten with $2.5 million for Universal Pictures in its fifth week out.

Although not as big as its 2014 predecessor, MAZE RUNNER: THE SCORCH TRIALS debuts atop the Box Office this weekend with $30 million for 20th Century Fox, from 3,791 theatres. The sequel garners a B+ CinemaScore from audiences and a 49% on the Tomatometer.

After a high-profile debut on the festival circuits in Venice and Toronto, BLACK MASS opens in second for Warner Bros. with $24.8 million from 3,188 theatres.  The Drama about gangster Whitey Bulger gets a B CinemaScore and a better 79% on the Tomatometer.

In its second week out, horror THE VISIT places third with $10 million from 3,148 theatres for Universal Pictures. It has grossed $41 million domestically.

THE PERFECT GUY lands in fourth in its second week out with $9.8 million for Sony Pictures. Cumulatively it has made $41 million in North America.

From only 545 theatres, EVEREST debuts in fifth for Universal Pictures with $6.9 million. It gets a decent 73% on the Tomatometer.

CAPTIVE rounds-out the Top Ten for Paramount Pictures with $1.9 million from 806 theatres across North America.  It earned 36% from Critics on the Tomatometer.

#GIVEAWAY: ENTER TO WIN PASSES TO SEE “THE VISIT”

Universal Pictures Canada + Mr. Will want to give Readers a chance to see THE VISIT from M. Night Shyamalan! Expect this to be a huge comeback! Screenings take place Wednesday, September 9, 2015 in TORONTO, VANCOUVER, MONTREAL, EDMONTON and CALGARY.

Synopsis:
Writer/director/producer M. Night Shyamalan (The Sixth Sense, Signs, Unbreakable) and producer Jason Blum (Paranormal Activity, The Purge and Insidious series) welcome you to Universal Pictures’ The Visit. Shyamalan returns to his roots with the terrifying story of a brother and sister who are sent to their grandparents’ remote Pennsylvania farm for a weeklong trip. Once the children discover that the elderly couple is involved in something deeply disturbing, they see their chances of getting back home are growing smaller every day. 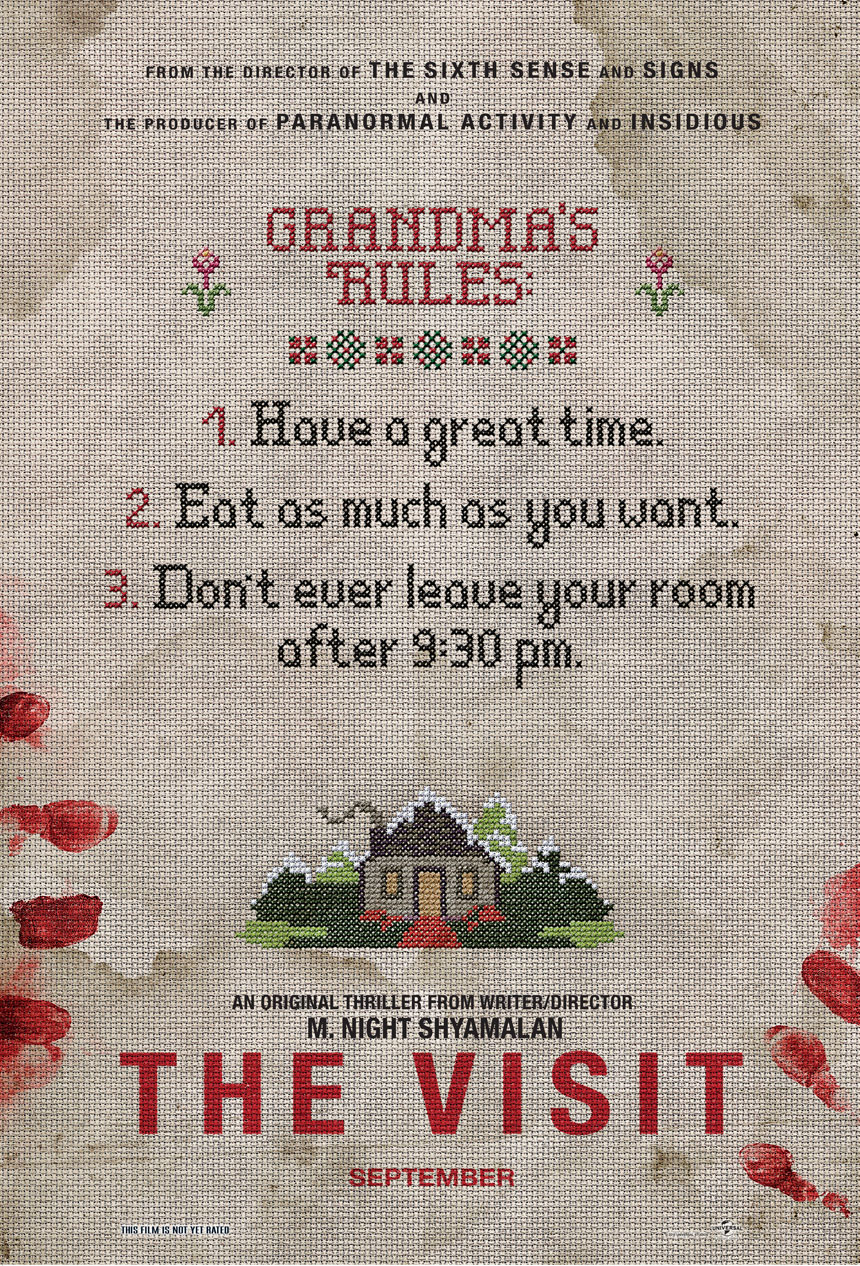