Running Thursday April 26 through Sunday, May 6, 2018, the 2018 HOT DOCS CANADIAN INTERNATIONAL DOCUMENTARY FESTIVAL is set to take over Toronto.  The annual Festival brings together lovers of Cinema with an extensive programming line-up cover Films from a wide array of topics.  Films about Bill Murray, Imagine Dragons Frontman Dan Reynolds, M.I.A., Alexander McQueen, Gilda Radner and Andy Irons are among the most high-profile of the 246 Films to screen at the Festival.

Highlighting this year’s Festival is a free World Premiere of THE TROLLEY at Ontario Place’s Cinesphere. Hot Docs also will present special 25th anniversary screenings of THE WAR ROOM and KANEHSATAKE: 270 YEARS OF RESISTANCE with Directors in attendance.

Our Amanda Gilmore (@GilmoreAmanda) had the pleasure of previewing some of the Festival’s key titles already and shares with us some thoughts on what you should check-out at Hot Docs this year!

In order, she lists her Top Five Must-See Films at Hot Docs this year:

1. Inventing Tomorrow
2. The Guardians
3. Active Measures
4. Alt-Right: Age Of Rage
5. On Her Shoulders 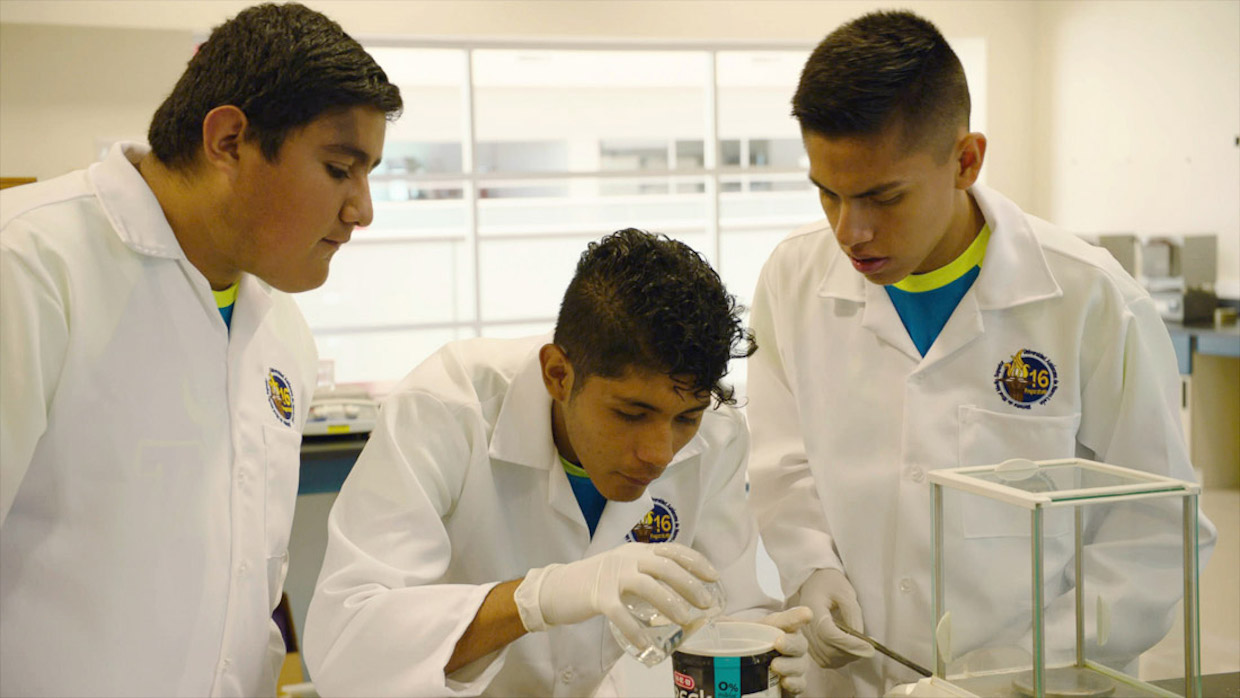 Inventing Tomorrow follows teenagers from around the world who are working on innovative solutions to fight against environmental issues. Due to their brilliant minds, they have become finalists at the International Science and Engineering Fair in Los Angeles, which is the biggest school science fair in the world, to showcase their work.

Director Laura Nix puts her focus on brilliant teen minds in Indonesia, India, Mexico and Hawaii who have been effected by the environmental issues they are trying to fix. In doing this, Nix showcases how children and teenagers will be the ones to save our earth. She also crafts a Documentary that will make the audience want to spark environmental change in their community. 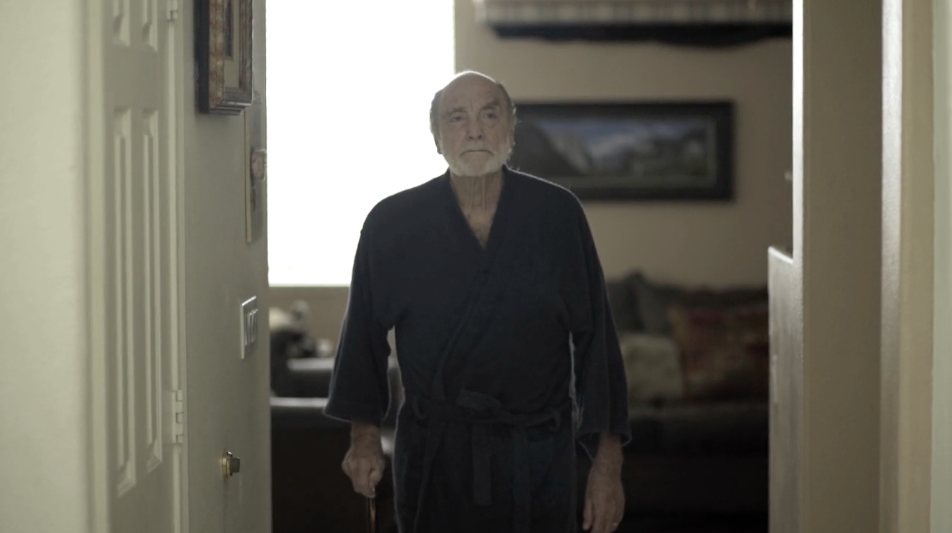 This Documentary is a shocking investigative examination of a corrupt system that is legally stealing the wealth of Baby Boomers. Mintz is relentless in his pursuit to expose the hidden truths behind the guardianship program in the state of Nevada. As well as revealing those in charge of this horrifying legal reality. Therefore making The Guardians an important and shocking Documentary. 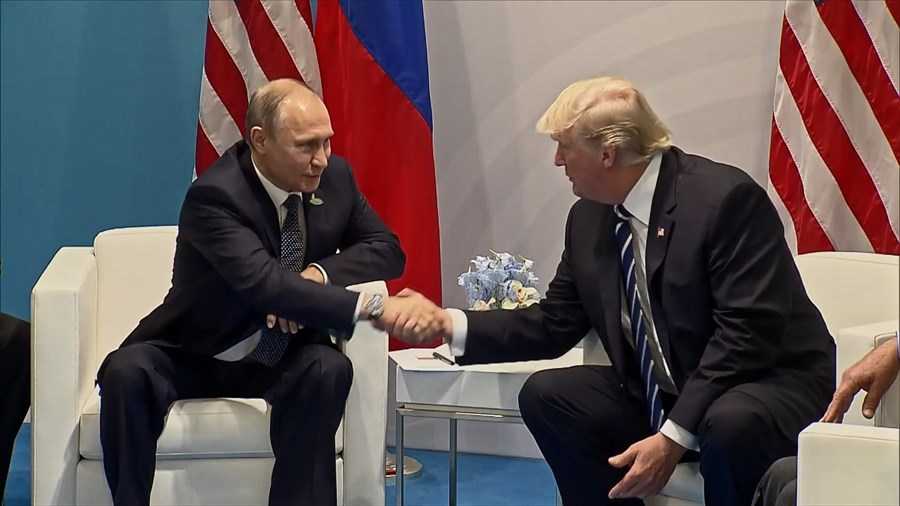 Active Measures examines Trump and his close White House staffers and their connections to Russian President Vladimir Putin and the Kremlin staffers.

Director Jack Bryan does a phenomenal job of getting political insiders to give in-depth examinations of Russian interference in the 2016 US Presidential Election. But Bryan goes further into the past to other democratic elections that were interfered with by Russian Intelligence Officials. What the audience is left with is a mind-blowing journey that gives substantial information of collusion. 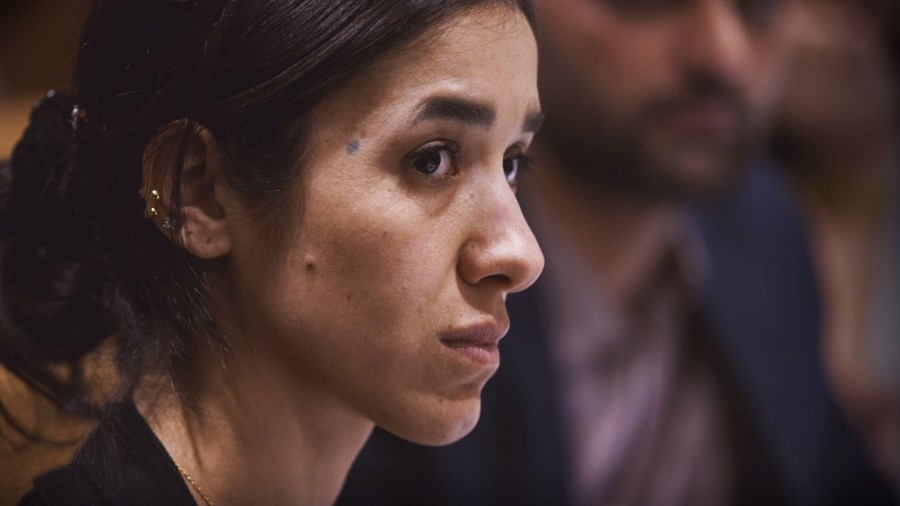 On Her Shoulders follows Nadia Murad, a 23-year-old Yazidi genocide and ISIS sexual slavery survivor, who is thrust onto the international stage as a spokesperson for change. As her journey leads down paths of advocacy and fame, she uses her voice to spark activism worldwide to help the Yazidi people.

This Documentary works because it not only brings Murad’s story to the world, but also the stories of the Yazidi people. It becomes as a second lens to what Murad has been advocating for years. Director Alexandria Bombach brilliantly shows the immense pressure put on Murad by world leaders and politicians, as well as her close aides and herself. Yet, she never struggles under this heavy weighted stress she has on her shoulders. On Her Shoulders is a powerful examination of a truly inspiring woman. 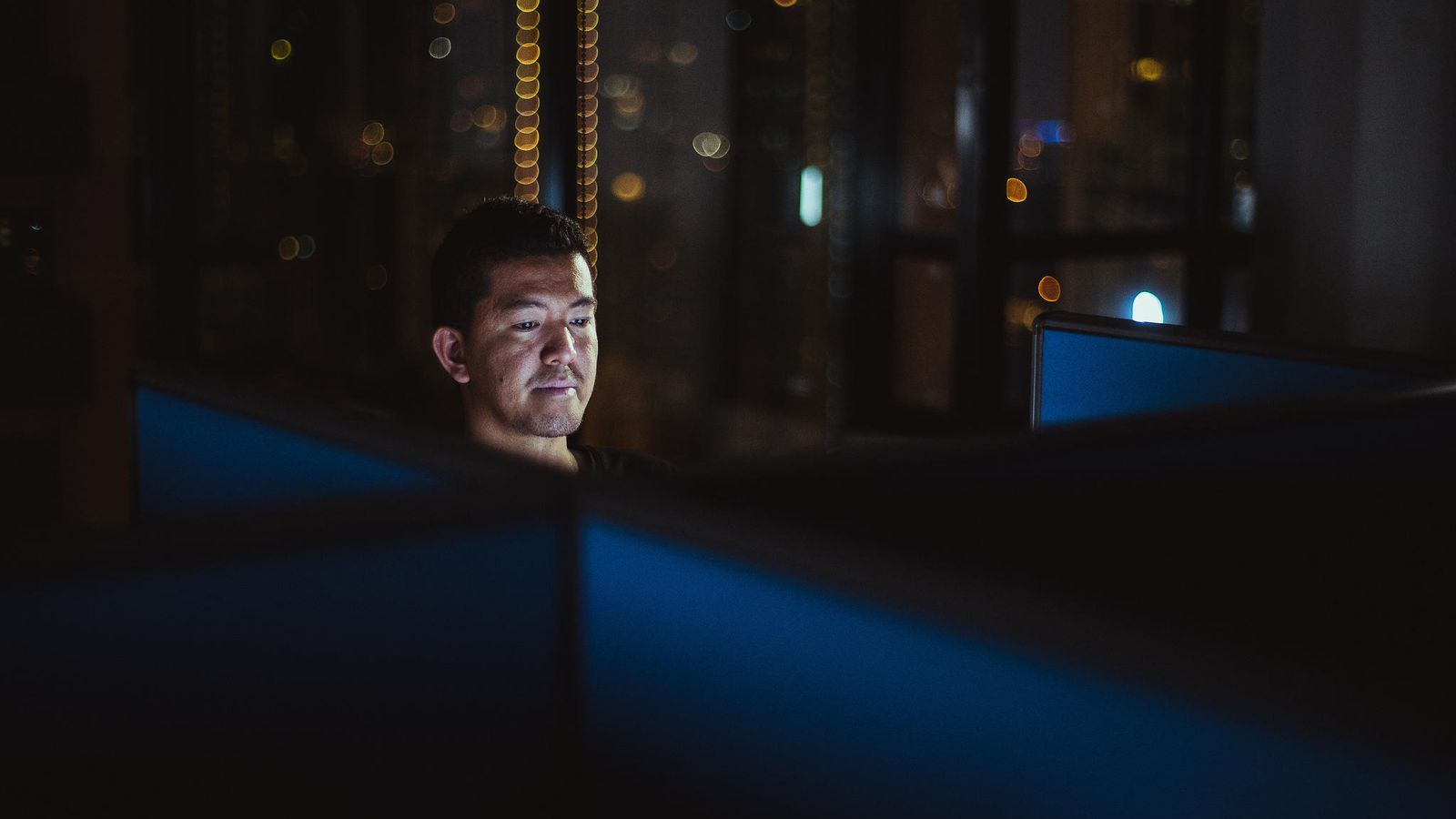 The Cleaners follows the “digital janitors” whose job it is to make decisions on what content and images we are allowed and not allowed to see on Social Media.

This Documentary follows workers in Manila, Philippines that watch tens of thousands of content, spanning from pornography to war zone photography, a day and decide if it should be censored or not. The Cleaners works because it examines the negative impact the job has on the individuals and organizations involved. They feel the weight of the world is on their shoulders and look at horrific images and videos that become imprinted on their mind, so they won’t be on ours.

The Cleaners screens at Hot Docs on Monday, April 30 at 6:30PM at Hot Docs Ted Rogers Cinema as part of the Big Ideas Series presented by the Scotia Wealth Management Programme. It also screens at the Festival on Wednesday, May 2 at 2:45PM at Scotiabank Theatre 3, and Friday, May 4 at 9:00PM at Revue Cinema.

Blowin’ Up is an inside look into a New York City special intervention court, that helps sex workers escape the unjust cycle of arrests and clear their record of the charges against them. But after the 2017 US election their efforts become endangered by the new White House administration.

The Documentary is a powerful expression of human compassion. Director Stephanie Wang-Breal’s focuses not only on the sex workers, but the judges, lawyers and organizations trying to help them. This aides in telling all sides of the human trafficking perspective. Wang-Breal also uses her camera to better understand the reasons why some become sex workers. And why it’s often threatening to get out of. Resulting in the viewers preconceived judgement to dissipate. 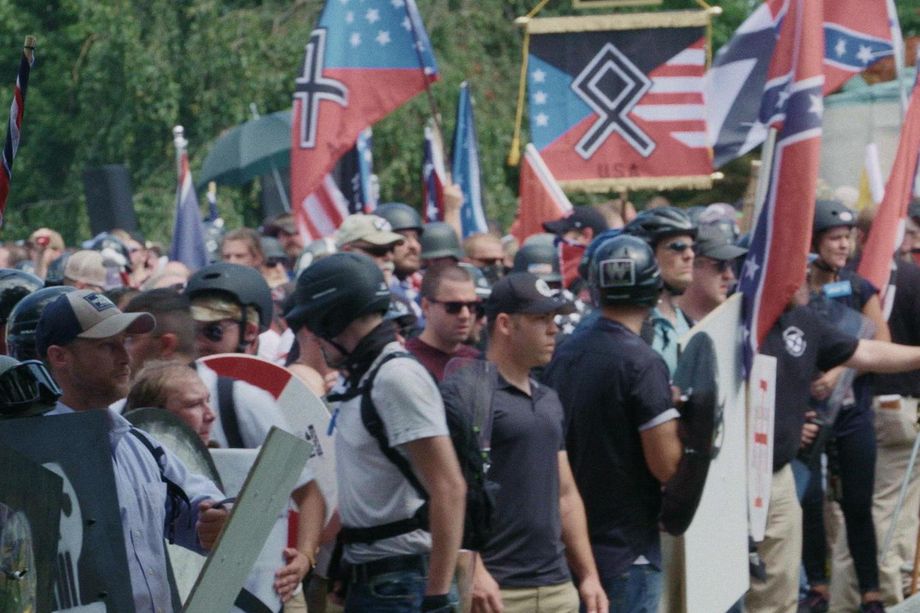 What Director Adam Bhala Lough creates with Alt-Right: Age Of Rage is a chilling expose on the tensions in America since Trump’s presidency. Lough focuses on interviews from alt-right members and anti-racists members to give an in-depth look at two opposing sides. And it all leads up to the shocking 2017 Charlottesville riots and the moment an alt right member drove a car into counter-protestors.

The Heat: A Kitchen (R)evolution 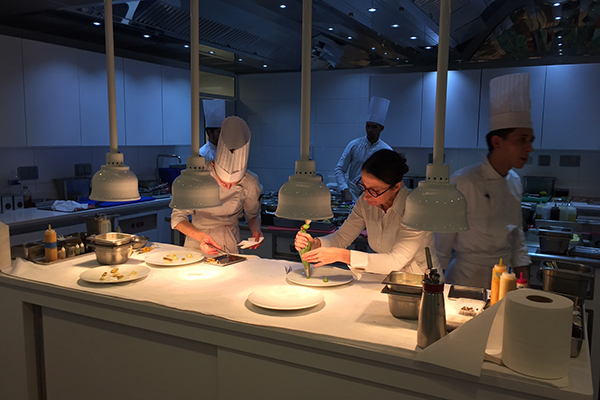 The Heat: A Kitchen (R)evolution follows female chefs in Toronto, New York City, London and Paris who have been kept in the background while male chefs dominate magazine covers and TV shows.

This timely Documentary brings women into the boss role in the kitchen. Director Maya Gallus has found rich subjects who are all women, yet they have different perspectives on how to run their kitchen. They also all have unique experiences about how they were treated before and after becoming chef. The overall message is that chefs don’t need to be angry and kitchens don’t need to be stress induced.

The Heat: A Kitchen (R)evolution screens at Hot Docs on Thursday, April 26 at 9:30PM at Hot Docs Ted Rogers Cinema, Saturday, April 28 at 1:15PM at TIFF Bell Lightbox 1 as part of the Food on Film Programme, and Sunday, May 6, at 3:30PM at Isabel Bader Theatre. 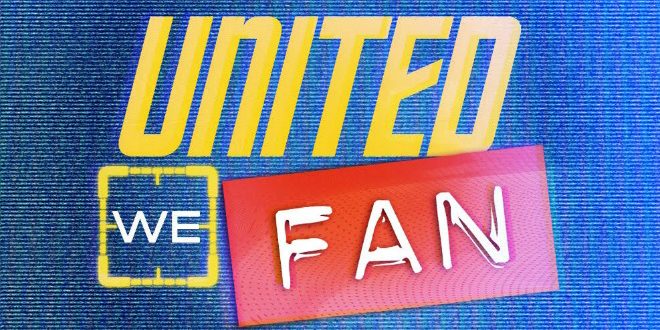 United We Fan follows countless women and men who created fan campaigns to save their favourite TV shows from being canceled.

Director Michael Sparaga examines multiple fan campaigns that have saved TV shows such as Star Trek, Veronica Mars, Chuck and more. This is a fun Documentary that anyone who has cared about a show will love. And for all of those who don’t understand fandom this is a great study in why fans care so much. United We Fan is an inspiring Documentary that examines the change voices can make when they put in blood, sweat and tears. 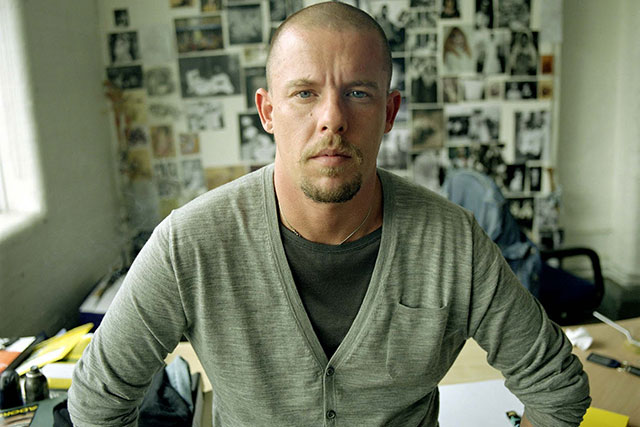 McQueen follows the professional life of Alexander McQueen from the time he got his first tailoring job on Savile Row to his sudden death in 2010.

Directors Ian Bonhote and Peter Ettedgui gather real footage which brings the audience closer to the talented McQueen. They mix this real footage with colleagues, friends and family interviews that bring audiences closer to the fashion designer. Overall, McQueen chronicles the rags-to-riches story of this fashion icon that will have an impact on those who loved him and his designs.

The Blue Wall follows the media, police, activists, lawyers and politicians that were or have become involved with the police shooting of 17-year-old Laquan McDonald in Chicago in 2014.

Director Richard Rowley crafts an engaging Documentary that tells all sides of the 16 shot shooting of a black teenager by a white police officer. With interviews spanning all different perspectives on the problem there is a clear narrative leading to the truth. The Blue Wall is a timely Documentary that uncovers the corrupt truth and tries to expose the reasons why there is rarely any justice.

The Accountant of Auschwitz

The Accountant of Auschwitz follows the trial of Oskar Gröning who was an accountant at Auschwitz during World War II. The trail made headlines around the world because the man was 94-years-old and he was the first Nazi to admit to everything he did.

This Documentary is a powerful look at the history of the justice system in Germany when prosecuting Nazis, and former Nazis that worked and concentration camps during World War II. It chronicles all the trails for World War II Nazis over the years and how they had an impact on the trail of Gröning. With interviews from Auschwitz prisoners, lawyers and people with varieties of views on Gröning’s participation within Auschwitz this Documentary provides the whole picture on the Gröning trail. 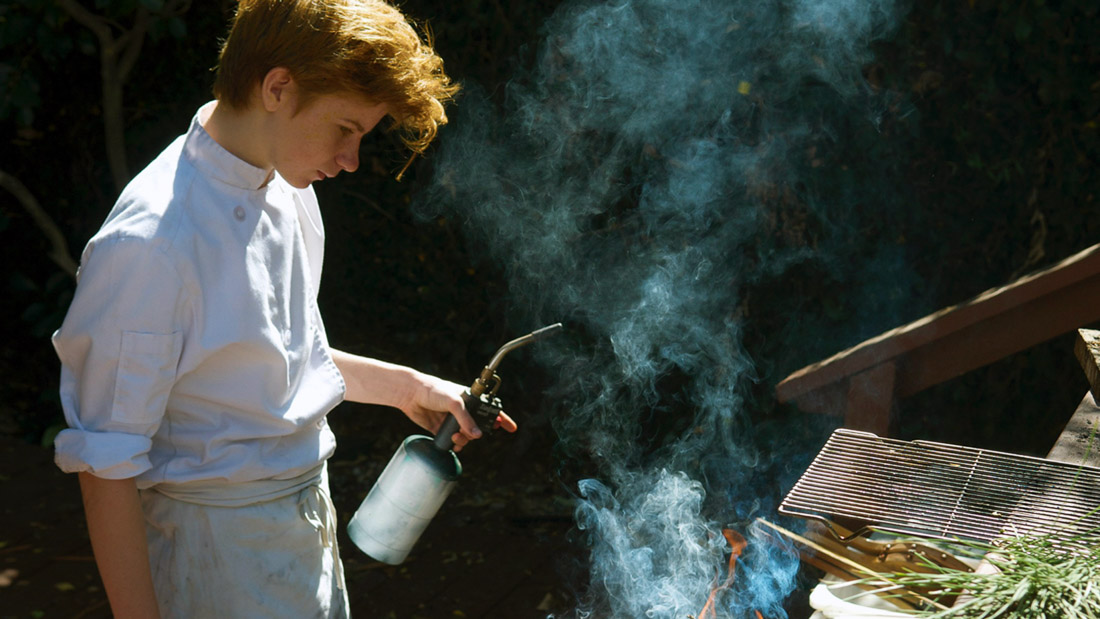 Chef Flynn chronicles the tremendous talent and passion for cooking that teenage chef Flynn McGarry has had since he was a young child. Director Cameron Yates mixes his footage with those of home videos to tell the whole story of who Chef Flynn is. And what we are left with is a study of a strong young man with ambition. Yates also chronicles McGarry’s mother’s dedication given to make sure her son achieves every goal he has. In doing this, Yates tells the story of the pressure and sacrifices experienced by a family not only the dreamer.

The Sunday screening of Chef Flynn will be part of the Food & Film Programme and will be followed by a Brunch at The Anne Boleyn at 1:00PM.

Call Her Ganda chronicles the violent murder of transgender woman Jennifer Laude in Olongapo City, Philippines, and the trail of her murderer, US Marine Joseph Scott Pemberton.

This timely Documentary gives an inside look at the family of Laude and the fight they gave to get justice for her murder. Call Her Ganda also works as a education in history of US and the Philippines relationship to each other. As well as an eye-opening look at the consistent violence by US Marines when on liberty leaves in Olongapo City. 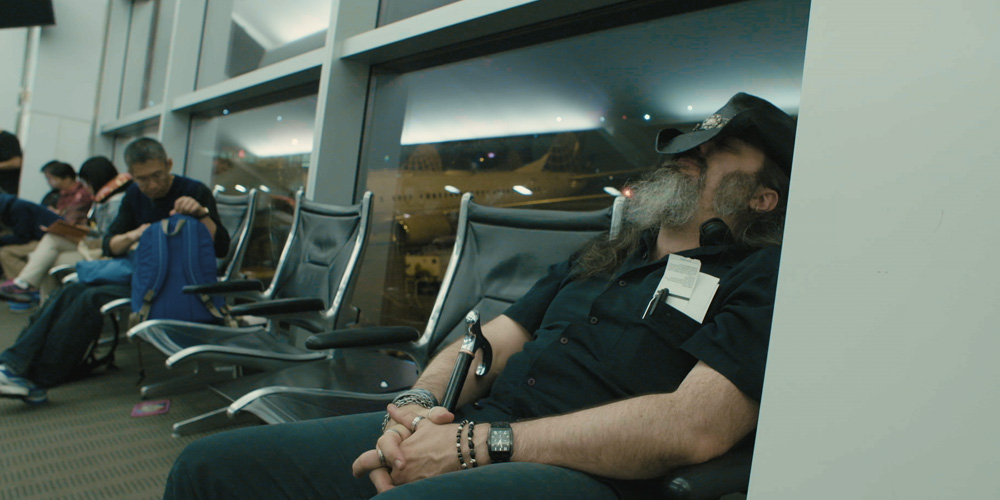 Playing Hard follows Jason Vandenberghe on his journey in bringing his passion project video game, For Honor, to life. 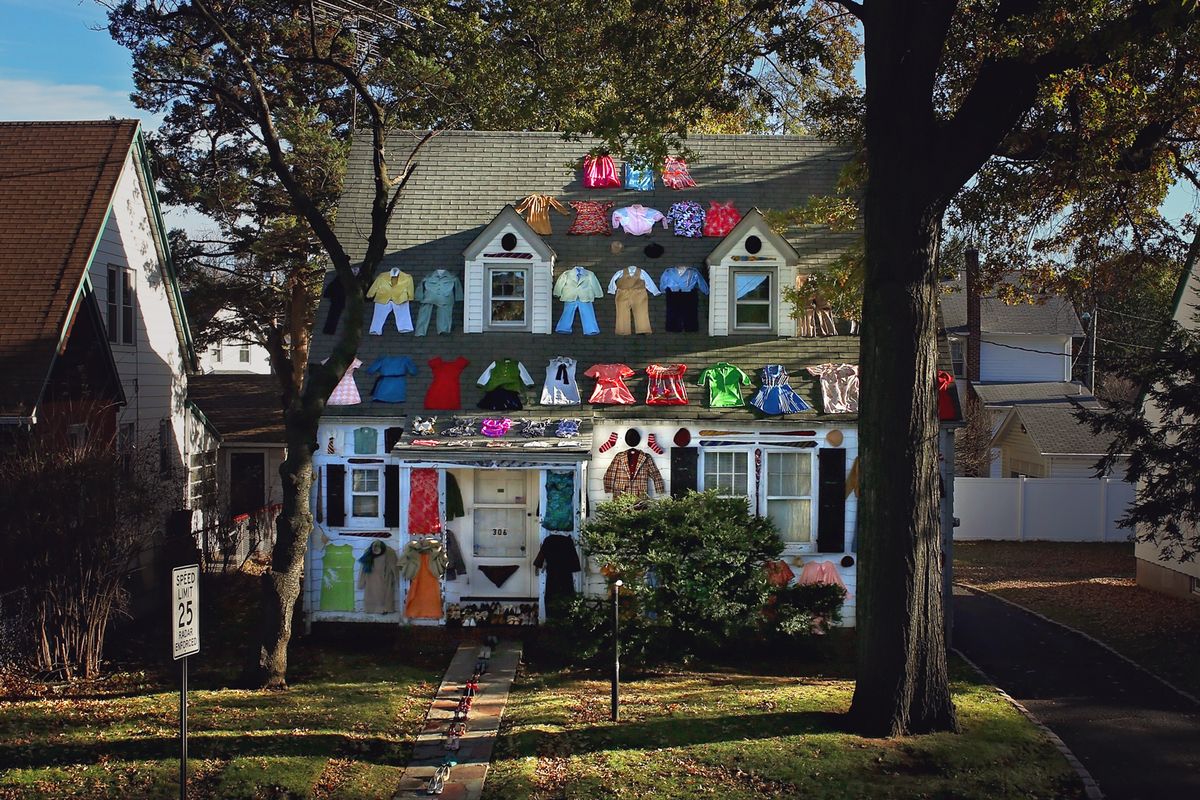 306 Hollywood is a loving examination of Sibling-Directors Elan Bogarin and Jonathan Bogarin’s late-grandmother, Annette Ontell. The Directors go through their late-grandmother’s house within the first year of her passing, and investigate all of the objects within it to hold on to the woman they deeply miss.

This may be one of the most unique Docs at the Festival as it plays out like a Feature Film. The Directors mix video footage of Annett, live-reenactments, and dance sequences to bring audiences close to their grandmother. Siblings Elan and Jonathan teach us that the remnants of our homes speak volumes to the people we are. And 306 Hollywood makes an important point that not all lives may be extravagant, but there is importance in every single life.