#GIVEAWAY: ENTER TO WIN PASSES TO SEE “A HIDDEN LIFE”

Fox Searchlight x Mr. Will want to give Readers a chance to win Passes to see A HIDDEN LIFE. These are to be used at your convenience while it is in theatres.

Synopsis:
Based on real events, from writer-director Terrence Malick, A Hidden Life is the story of an unsung hero, Franz Jägerstätter, who refused to fight for the Nazis in World War II. When the Austrian peasant farmer is faced with the threat of execution for treason, it is his unwavering faith and his love for his wife Fani and children that keep his spirit alive. 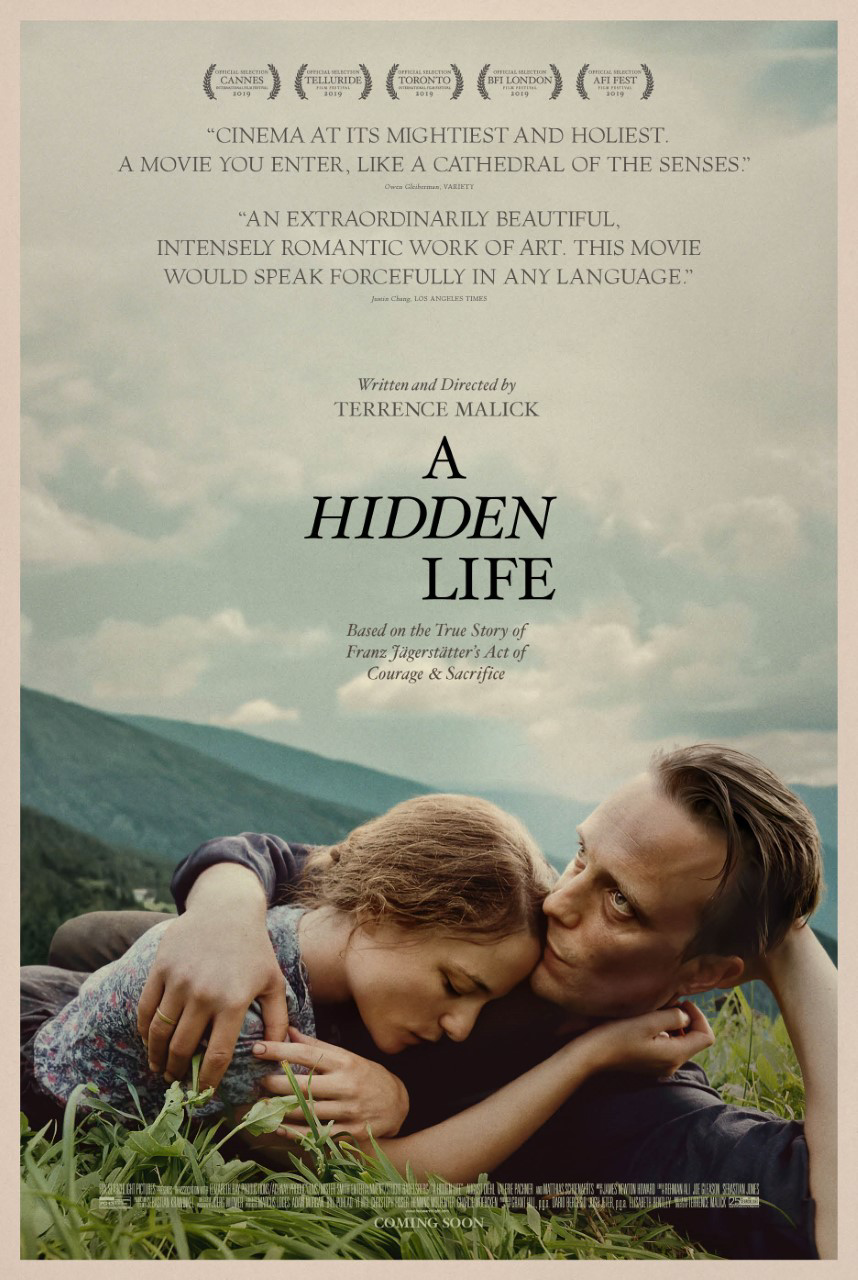 It’s the 1940s and Europe is at war. Franz (August Diehl) is an Austrian farmer living with his wife Fani (Valerie Pachner) and three children. He undergoes military training but refuses to pledge allegiance to Adolf Hitler. And while this does not go over well with the people of his village, it becomes even more problematic when he is conscripted to fight in the war.

In a word, A Hidden Life is breathtaking. From the opening frame to the very last, the Film is a sensuous display of exquisite and absolutely stunning visuals. Being a film from legendary enigmatic Writer/Director Terrence Malick, I fully expected this to be the case. What I did not expect was a functioning narrative that is wonderfully expressive, even when we are just watching people chopping wheat. Diehl and Pachner are fantastic together or apart. The have great chemistry and their narration is vividly passionate, saying everything the visuals cannot. James Newton Howard’s Score is simply marvelous and one of the best of the year. Fair warning though – the structure of A Hidden Life is loose and free-flowing, testing the limits of its nearly three-hour running time. But rather thankfully, each minute is more rewarding than the last.

A HIDDEN LIFE screens during TIFF at the following times:

This looks simply mesmerizing. Auteur Terrence Malick‘s SONG TO SONG premiered last night at SXSW in Austin and believe it or not Malick himself made a rare appearance. Read DEADLINE‘s coverage for more on that. The Film of course is set in Austin so it was only fitting it got a Premiere at the Festival.

While early reviews aren’t so promising, we cannot deny our intrigue. Here’s what Critics are saying so far:

Peter Debruge, Variety: “It pains me to say it, but Malick might want to consider another lengthy hiatus.”.

John DeFore, Hollywood Reporter: “Suffice to say that Song to Song is not designed to win back onetime admirers who felt Malick‘s To the Wonder and Knight of Cups drowned in their own navels.”.

Joe McGovern, Entertainment Weekly: “In terms of content and meaningfulness, Terrence Malick‘s Song to Song is the cinematic equivalent of a Trump press conference.”.