Finally! Target has finally arrived in Toronto and was I ever ready!  Torontonians still have to venture a little outside the Downtown Core to witness the amazingness that is Target with two brand new locations: East York Town Centre and Centrepoint Mall doing their soft launches.  Shoppers World Danforth also will be welcoming its ownlocation on Thursday, March 28, 2013 too!

I had the pleasure of visiting the Centrepoint Mall location up in North York earlier today, which was all abuzz with Staff eagerly taking notes from Management as Shoppers’ eyes were filled with wonder, navigating its two floors.  Although many shelves were still empty with space, presumably to be  filled with more stock in coming weeks, the experience was pleasant even though a few questions about where to find specific items like Target‘s Roots Collection couldn’t be answered immediately by Staff.  I learned however, that Staff from other stores were there temporarily to gain experience for their own respective location launches.

Fans of Target‘s Archer’s Farm line of Edibles might be slightly disappointed with a lack of selection up north (I could only find Fruit Snacks among the few offerings) , but hopefully this will improve soon.

Some Photos from my visit today: 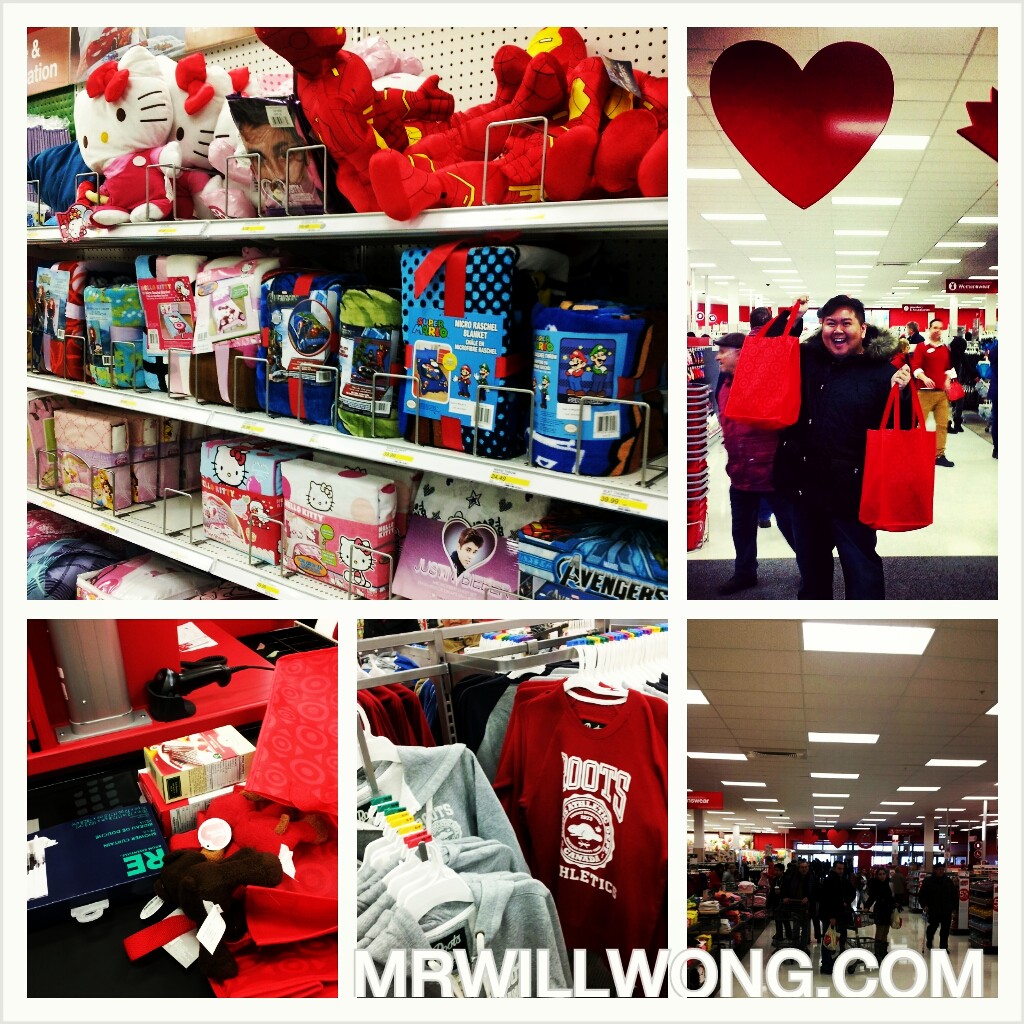 Look below to see when Target might be coming soon to a City/Town near you: 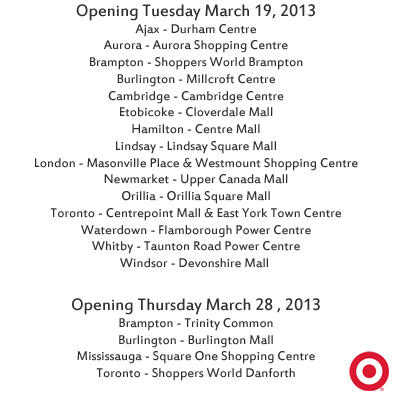 Although we’re all waiting with baited breath on the opening dates for Toronto Stores, residents of Milton (Milton Shopping Centre), Guelph (Stone Road) and Fergus (Gates of Fergus) are the luckiest, welcoming Canada’s first three Pilot Stores today.  In total, 124 Target stores will be opening across Canada this year, with four to open here in the City between March and April at Centre Point Mall, Cloverdale Mall, East York Town Centre and Shoppers World.

For those curious who have cars, the first three pilot Stores will be opening between the hours of 8:00 AM to 10:00 PM Monday to Saturday and 8:00 AM to 9:00 PM on Sunday.  Shops will include licensed Starbucks Shops and Pharmacies.

See some Photos of what we can expect in Canada: 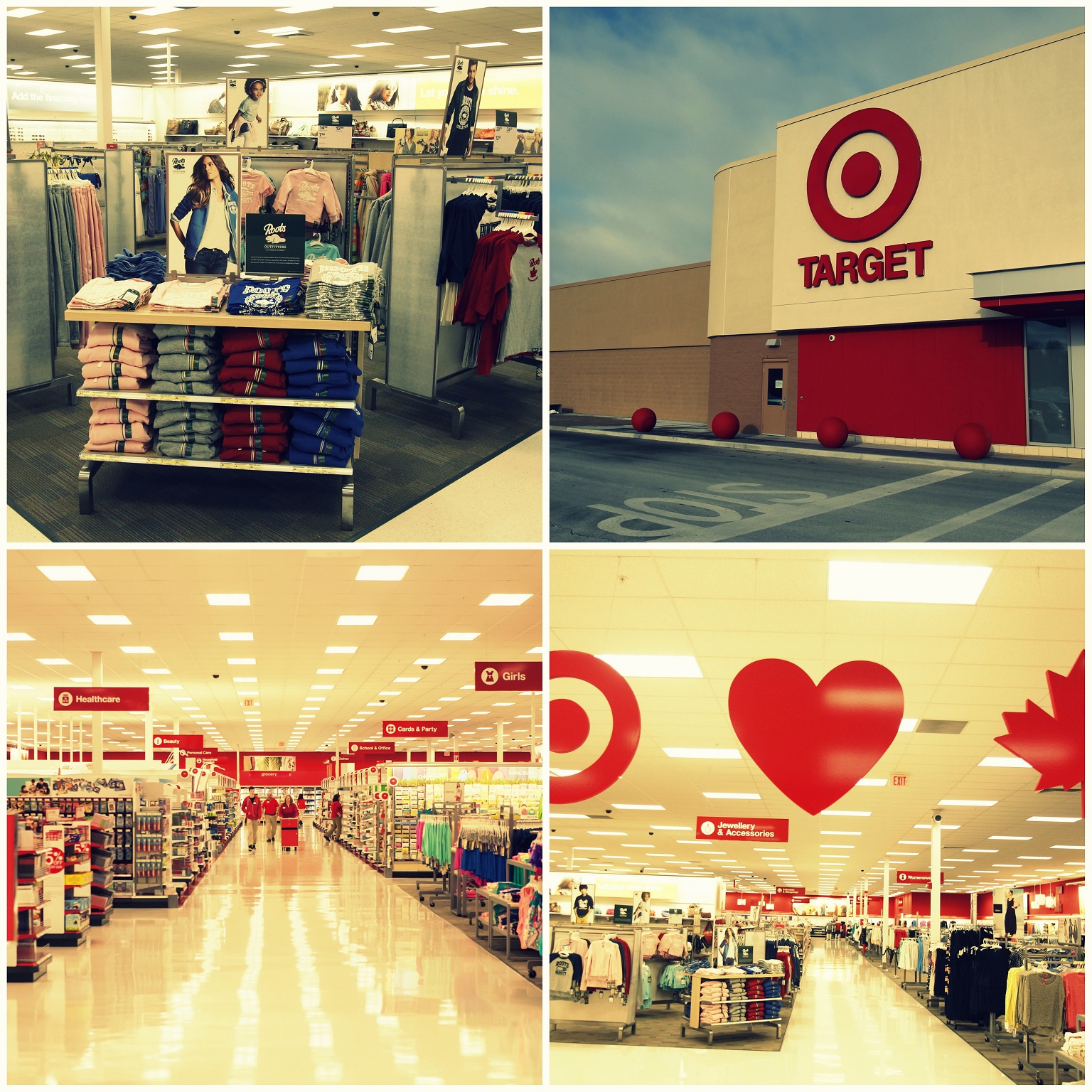