spring in the air

#SPOTTED: JOEL ROSARIO IN TORONTO FOR THE WOODBINE OAKS AND PLATE TRIAL

Traditionally one of my favourite Race Days of the year, Woodbine Oaks Day showcases Canada’s finest three-year-old Fillies.  The $500k Race this year pit together two of the Country’s best in years, Spring in the Air and Nipissing, both Division Leaders as two-year-old Fillies in 2012 – the former recently being crowned last year’s Champion at the Sovereign Awards.  Ultimately though, it would be second choice Nipissing who was victorious, winning by 3/4 of a length over Spring in the Air, the post-time Favourite.  The Winner won in a timely 1:50.3 for the nine-furlong Fixture, paying $7.10 to win on a $2 investment.  Watch the Race here.

Nipissing’s Story however truly is one of legacy and love.  She is a homebred Filly who races for Chiefswood Stables, trained by Rachel Halden and ridden by her Partner Steven Bahen.  The Filly’s Father Niigon, in 2004 won the Queen’s Plate and there is much buzz surrounding her possibly making an appearance against the Boys in the 154th running of that $1-million Race at Woodbine Racetrack next month.

See her in the Winner’s Circle below:

Not to steal the Ladies’ spotlight, the Plate Trial also was run  earlier in the day at Woodbine, with highly-regarded Dynamic Sky winning by a tight nose under the guidance of red-hot Joel Rosario, edging-out the lightly-experienced His Race to Win.  Winning in a time of 1:50.5, the Colt was just a click slower than eventual Woodbine Oaks Winner, Nipissing.  He rewarded his Supporters with $8.60 to a $2 bet as the second choice.  Watch the Race here.

Although falling-off the ultra-tough Kentucky Derby Trail earlier in the year for Tycoon Owner John C. Oxley, Dynamic Sky appears to be peaking again right in time for the Queen’s Plate.   He certainly won’t have it easy though as Plate Trial Runner-up His Race to Win is in fighting form and we mustn’t forget that one’s Sam-Son Farms Stablemate, Up With the Birds, who also looks ultra-sharp after a decisive five-length win in May 26th’s Marine Stakes at Woodbine.  Watch that Race here.

In all, this is shaping-up to be the most competitive Queen’s Plate in years with the Male and Female Divisions well-represented in talent. Bettors will have their work cut-out for them in terms of sifting through the quality selection.

Earlier in the day, legendary Mickey Walls made a rare appearance to accept the Avelino Gomez Award, honouring Canadian Jockeys who have made significant contributions to the Sport of Thoroughbred Horse Racing.  The 39-year-old Toronto Resident  retired officially in 2003, but at the age of 17 went on to be crowned North America’s most Outstanding Apprentice Jockey in winning an Eclipse Award.   Overcome with emotion, Walls held back his tears as several of his Peers and a new generation of Talent (including Model/Actress/Jockey Chantal Sutherland who recently came out of retirement), stood by his side as he accepted the Award on the E.P. Taylor Turf Course.

Racing Fans got a huge treat earlier in the day as Rosario made his way north of the Border after a third-place finish in the Belmont Stakes in New York yesterday aboard the outstanding Orb, who won this year’s Kentucky Derby.  In addition to a win in the Plate Trial aboard Dynamic Sky and a runner-up finish aboard Spring in the Air in the Woodbine Oaks, Rosario graciously spent time with Fans signing Autographs and taking Photos earlier.  He came ever-prepared with array of Sharpies, giving Fans a choice of colour as he placed his coveted Signature upon 8×10s of his recent Derby Victory.

We’ll definitely be at the Queen’s Plate on Sunday July 7, 2013 and look forward to it eagerly!

Mark your Calendars and reserve your seats today right here.  Learn all about the Hats & Horseshoes Party also right here which everyone’s invited to! 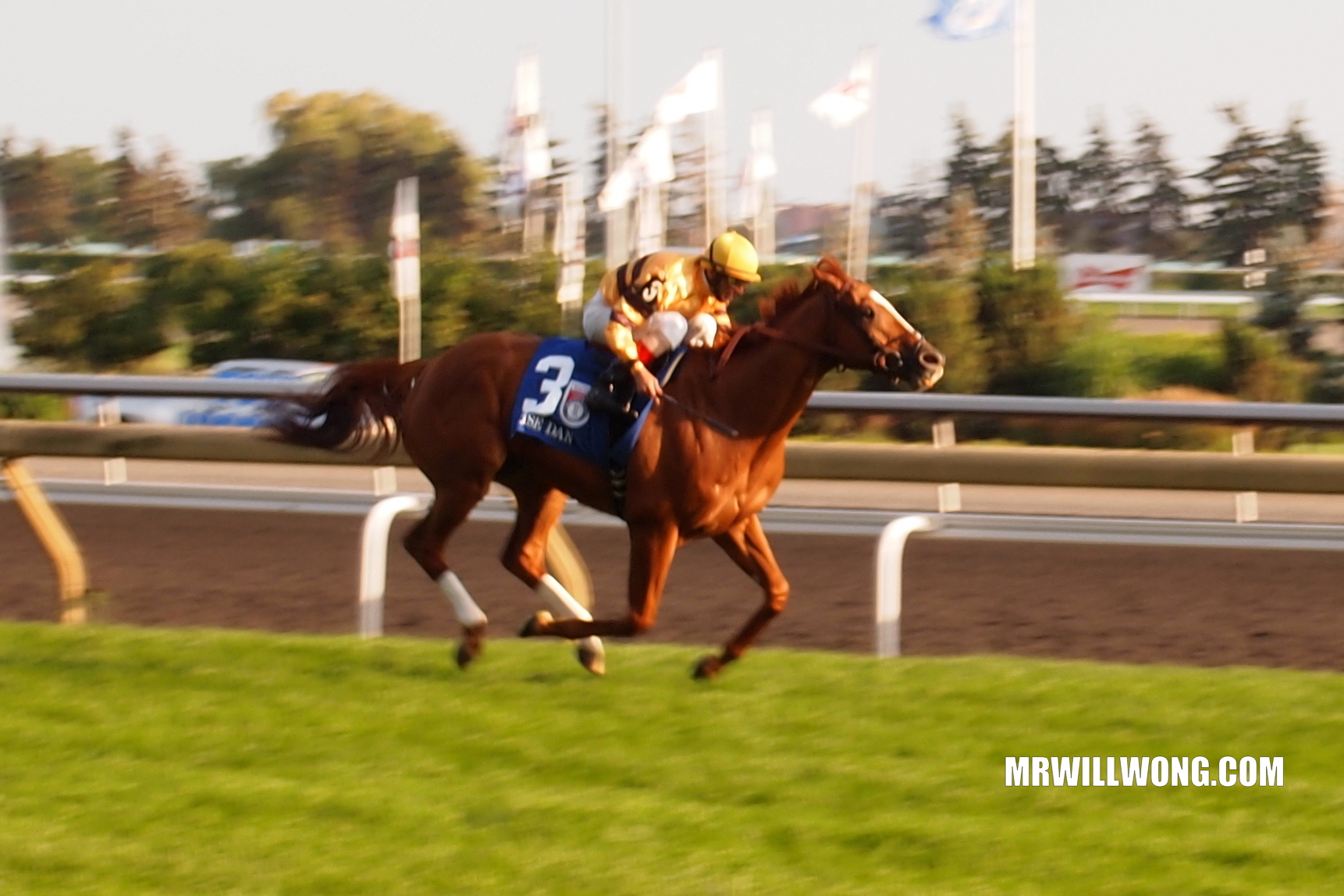