Climax previously screened at the Cannes Film Festival to favourable reviews and is being highly anticipated in the Midnight Madness Programme at TIFF ’18 this year. On a cold wintery night, a group of dancers have an all-night rager. However, when they realize their Sangria has been spiked with LSD, all hell breaks loose.

The greatest achievement in Climax is the visceral camerawork of Director Gaspar Noe and the hallucinatory choreography by Nina McNeely. Both work together beautifully to bring the audience into the acid-induced brains of the dancers. Then there is the powerhouse that is Sofiia Boutella who is magnetic as the leader of the dance group.

Hey Daddy! Michael Shannon has been in town for the past month or so filming HBO‘s Ray Bradbury Adaptation FAHRENHEIT 451 and while we saw him a few times on-set, it was nice to see him out enjoying what’s left of our Summer with his Family today!  We hear that he’s been burning the midnight oil in recent weeks as the Production films overnight and it should be wrapping in the next few days before the TIFF ’17 madness ensues. We’ll be seeing this brilliant actor in two Films at the Festival, THE CURRENT WAR and and Toronto-made THE SHAPE OF WATER.

See the Snap. We honestly didn’t even know he was married with kids!

Hey Daddy! Spotted this brilliant actor out and about with his family. #MichaelShannon enters the home stretch for HBO Film #Fahrenheit451. 🔥

Few stars are rising faster than Sofia Boutella’s. The Algerian-French Actress/Dancer has been in Toronto for just over a week and today began work on HBO‘s dystopian Ray Bradbury Novel Adaptation, FAHRENHEIT 451. The Film, which she tells us will be released next September, stars also Michael B. Jordan  (who also produces) and Michael Shannon.

Seen recently in KINGSMAN: THE SECRET SERVICE, STAR TREK BEYOND, THE MUMMY and currently in ATOMIC BLONDE, Boutella‘s streak isn’t stopping any time soon. Taking an unconventional path to Hollywood, once a dancer for Madonna, Boutella finally is ready for her close-up.

Since arriving in Toronto, Boutella has enjoyed a bit of downtime with her partner, actor Robert Sheehan (The Mortal Instruments: City of Bones…also made in Toronto!) and found time to discover Kensington Market and see Kendrick Lamar in concert. She even stopped by the set in the City’s east end to say “hi” on her day off yesterday.

Boutella wrapping late on her first day on set, was amazing to stop for autographs and selfies at 2:00 AM wrapping a day in the west end. We loved meeting her and she had nothing but praise for Charlize Theron working with her on Atomic Blonde.

Hollywood’s new incredibly-sweet “It Girl”. #SofiaBoutella in #Toronto filming HBO’s #Fahrenheit451. She currently can be seen in #AtomicBlonde alongside Charlize Theron and recently in #TheMummy and #StarTrekBeyond.

#SPOTTED: MICHAEL B. JORDAN IN TORONTO FOR “FAHRENHEIT 451”

Production is well under way for HBO‘s FAHRENHEIT 451, based on the Ray Bradbury Novel set in a dystopian world where media is an opiate, history is outlawed and where Firemen burn books.

In addition to serving as Executive Producer, the Film stars Michael B. Jordan (Creed, Black Panther) in its lead role. The Film stars also Michael Shannon as his mentor, whom he is at odds with trying to find greater humanity. Toronto’s Lilly Singh was just added to the Cast and Atomic Blonde star Sofia Boutella also stars.

While Shannon was in character, opting not to stop for photos, we spotted Jordan on a break filming on a campus in the east end into the late hours of the night. Very cautious not to be seen in wardrobe, Jordan stopped for a couple Selfies. He’s just as nice as we remember! Jordan, who next can be seen in Marvel‘s Black Panther as Erik Killmonger, last visited Toronto in 2015 for Creed.

Loved seeing again #MichaelBJordan, in town filming #Fahrenheit451 for HBO. He next can be seen in 2018’s #BlackPanther from Marvel.

Synopsis:
Oscar® winner Charlize Theron explodes into summer in Atomic Blonde, a breakneck action-thriller that follows MI6’s most lethal assassin through a ticking time bomb of a city simmering with revolution and double-crossing hives of traitors.

The crown jewel of Her Majesty’s Secret Intelligence Service, Agent Lorraine Broughton (Theron) is equal parts spycraft, sensuality and savagery, willing to deploy any of her skills to stay alive on her impossible mission. Sent alone into Berlin to deliver a priceless dossier out of the destabilized city, she partners with embedded station chief to navigate her way through the deadliest game of spies. 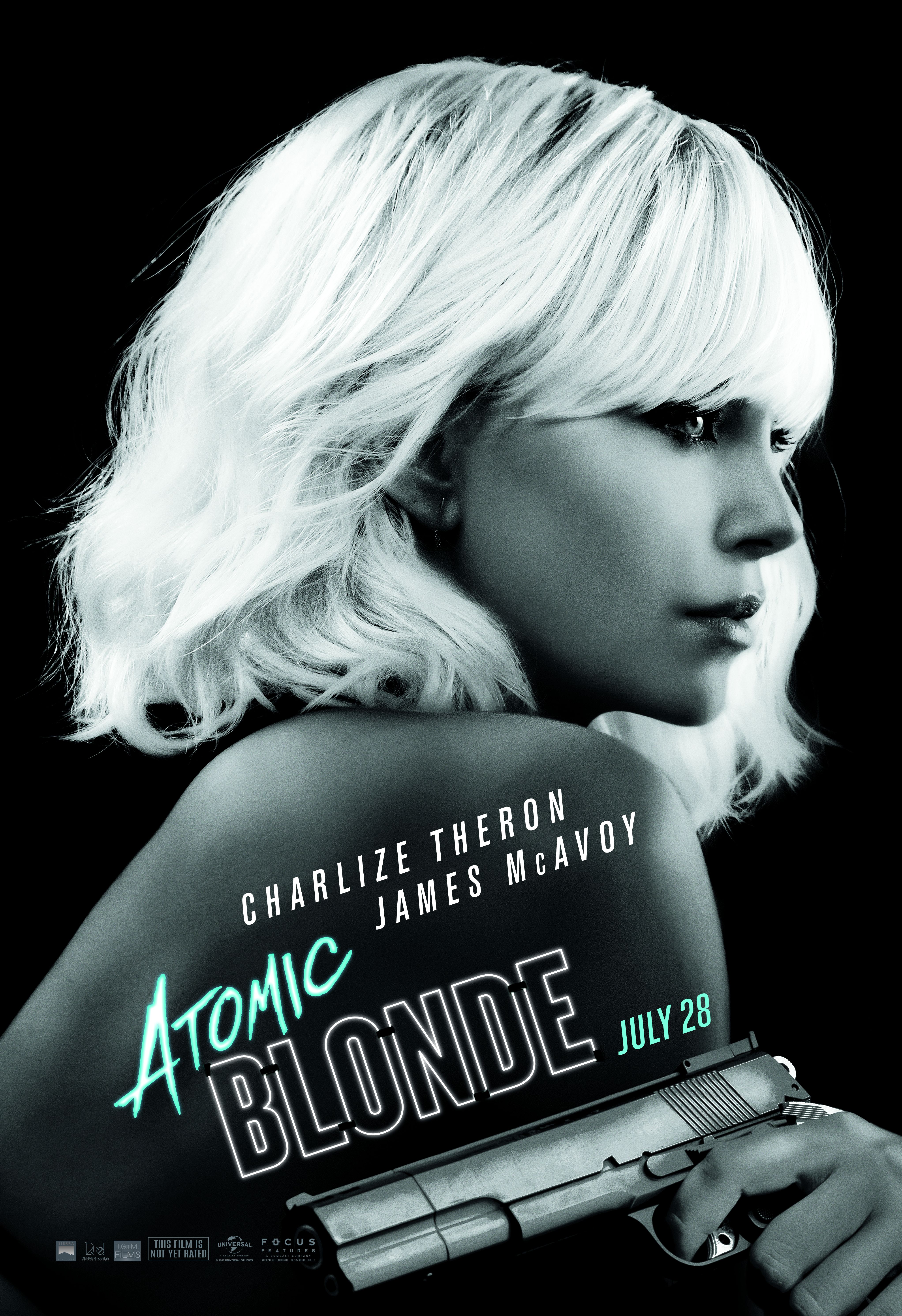