#FIRSTLOOK: NEW STILLS FROM “MY POLICEMAN”

Harry Styles and Emma Corrin star in MY POLICEMAN, arriving this Fall. See the first stills from this upcoming Feature from Director Michael Grandage.

A beautifully crafted story of forbidden love and changing social conventions, My Policeman follows three young people – policeman Tom (Harry Styles), teacher Marion (Emma Corrin), and museum curator Patrick (David Dawson)– as they embark on an emotional journey in 1950s Britain. Flashing forward to the 1990s, Tom (Linus Roache), Marion (Gina McKee), and Patrick (Rupert Everett) are still reeling with longing and regret, but now they have one last chance to repair the damage of the past. Based on the book by Bethan Roberts, director Michael Grandage carves a visually transporting, heart-stopping portrait of three people caught up in the shifting tides of history, liberty, and forgiveness.

My Policeman will Release in Theaters on October 21, 2022 and Globally on Prime Video Starting November 4, 2022.

The Happy Prince takes place in the final days of Oscar Wilde (Rupert Everett) as he looks back on his failures.

Actor-Writer-Director Rupert Everett crafts an intriguing portrait of a dying man. He focuses on the years Wilde shared with his lover Bosie (Colin Morgan) and the events that circled around the relationship, creating the period in which Wilde lived but also the tragic events he lived through. Everett has devoted much of his craft to Wilde portraying him in the Play The Judas Kiss, which played in Toronto.

Everett is superb as Wilde. His passion and love for Wilde shines through every frame. He encompasses the wild, loving, funny, depressed and sometime angry Wilde effortlessly. Everett surrounds himself with a talented ensemble consisting of Colin Firth, Emily Watson and Edwin Thomas who elevate every scene. 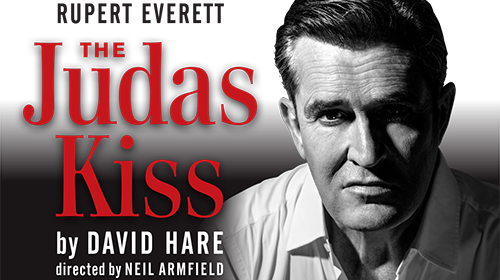