Words and Photos by Mr. Will Wong

The buzz for A STAR IS BORN is undeniable. On the day of its Premiere, the TIFF ’18 Press Conference was held for the directorial debut from Bradley Cooper. Joining him at the event moderated by Richard Crouse, were Lady Gaga, Dave Chappelle, Anthony Ramos and Sam Elliott. This is the first time the Cast reunited since they had shot the Film.

Crouse notes that the Film contains the theme of being true to one’s self at a time where funding in a time where the Arts are under siege with cuts to funding, and whether this was a conscious decision.

Cooper: “This was never anything conscious as funding for Arts is age-old tradition dating back to the ’40s and ’50s. As long as you want to create content that’s compelling, that’s the biggest motivator.”

Crouse asks what drew Cooper and the Cast to the story.

Cooper: “There was not one thing, but a sequence of sonic ideas, compositions and meeting people. I love faces, eyes and voices and all of these people have an incredible character I was obsessed with putting on film. I have such a unique dynamic with each one and they have with each other. In terms of the human element, that was all inspirtation and kept evolving depending who was going to be in the Movie.”.

“But really, it started about six years ago at Metallica concert and I was behind Lars Ulrich‘s drumkit. Just to be on stage, that’s how I wanna see a movie. I also wanted to tell a love story and not to be too specific, watching Annie Lennox‘s cover of  I Put a Spell on You, looking at the veins on her neckand wanting to have that in a movie.  You can’t hide when you’re singing. Lady Gaga propelled the whole thing being the epicenter  of it all.”.

Crouse asks about creating the character of Ally, whom is played by Lady Gaga.

Gaga: ‘I have acted before , but I’ve never been a lead actress in a Feature Film. Every day was such a thrill to watch, act and work in this environment he created. He (Cooper) operates with such precision and has such a vision. You can see the gears turning while he’s working and even while he’s in character at the same time.”.

“He’d whisper  things to me like ‘Tony (Bennett) ‘Ninja’ and ‘Come on, assassin!’ and we would pound each other. I had the lines memorized. He told me the important thing is to know what I’m trying to say, to tell the story I was meant to tell in that scene. I could just throw it all away on set. It wasn’t rigid. I could exist in this precise an compelely liberating environment.”.

There is something truly magical about seeing a movie you adore once again on the big screen. Words almost fail to describe that feeling you get when you  experience a live orchestration of that Film’s Score in a concert setting.

Sony Centre for the Performing Arts is giving Jurassic Park the concert treatment and I had the pleasure of going to the first of two nights of this incredible experience. Prior to the presentation, the audience was treated to Behind the Curtain with Richard Crouse and Evan Mitchell, the Conductor for both this and the venue’s popular presentation of E.T. the Extra-Terrestrial.

Mitchell talks about the nuts and bolts of doing a live orchestration of a movie. We see them popping-up more and more and the reason why he says, is “I feel like they’re a slam dunk.”. He adds “to have the music frame in frame is a difficult thing to do. We’re not watching the film as we play. It becomes more mechanical for me” and that he “only looks up for key moments”.

The conversation then shifted to John Williams’  Score itself of Jurassic Park and Crouse had some interesting tidbits to share. For example, Williams has said that “he wanted to write music that matched the rhythmic gyrations of the dinosaurs” according to Crouse, while Mitchell states “I believe he captured the character of the music and the dinosaurs very much”.

Now onto the main event itself. There is something surreal hearing Jurassic Park‘s Score play live as the helicopter scene to Isla Nebular unfolds. It sends chills through your body hearing this in-person as it takes place on the big screen. As well, the first appearance of the T-Rex paired with live orchestration is breathtaking, truly adding something new to the experience that you might have missed from just watching the Film in theatres or on television. If you’re a fan of Jurassic Park, this certainly is something you cannot miss.

You have one more chance to see Steven Spielberg’s classic Jurassic Park in Concert at the Sony Centre for the Performing Arts tonight. More here.

#FIRSTLOOK: A SNEAK PEAK AT PAN WITH DIRECTOR JOE WRIGHT

Back in the beginning of August, Warner Bros. Pictures Canada treated some lucky media and  members of the public to a special event hosted at the CN Tower – followed by a phenomenal meal at Horizons – where we got to see some clips from the hotly-anticipated new movie Pan, followed by a Q&A between Director Joe Wright and beloved Film Critic, Richard Crouse.

First-off, the footage of Pan that we were privileged to see was absolutely remarkable. Wright certainly took on an ambitious project and luckily from the snippets we were shown, Pan certainly looks to be as magical as Neverland itself. However, aside from the breathtaking footage we got our first real glimpse at performances in Pan and with all eyes being focused on Hugh Jackman portraying Blackbeard, everyone was pleasantly enthused with how involved he made himself, breathing life into the well-known character.

Back when Pan was announced, there was a ton of controversy framing the Film. The controversy mainly sparked from the casting of Tiger Lily who is portrayed in the original Disney Film as a Native American. Rooney Mara who is an incredible actress by any regard, was chosen for the part despite not fitting the part racially and the world of Cinema responded. When Wright was asked about his choice of Mara to portray Tiger Lily, he responded by saying they auditioned thousands of people from across the globe and in the end Mara was the best fit, despite not being an exact match to the original.

The reason why Wright had joined the project in the first place was because of his children. It was something that pushed him to do a Family Film in the first place. His other projects have been The Soloist, Atonement, Pride and Prejudice, Hanna and Anna Karenina, different in many ways from something as fantastical as Pan. However what really made Wright excited about the project was the sets. The sets were not completely green- screened and  built on a scale that even surprised experienced actors such as Jackman. Overall, the event was a blooming success, filling everyone’s heart with hope and magic.

Warner Bros. Pictures Canada release PAN on October 9, 2015. Keep an eye out for the magic as it approaches theatres. 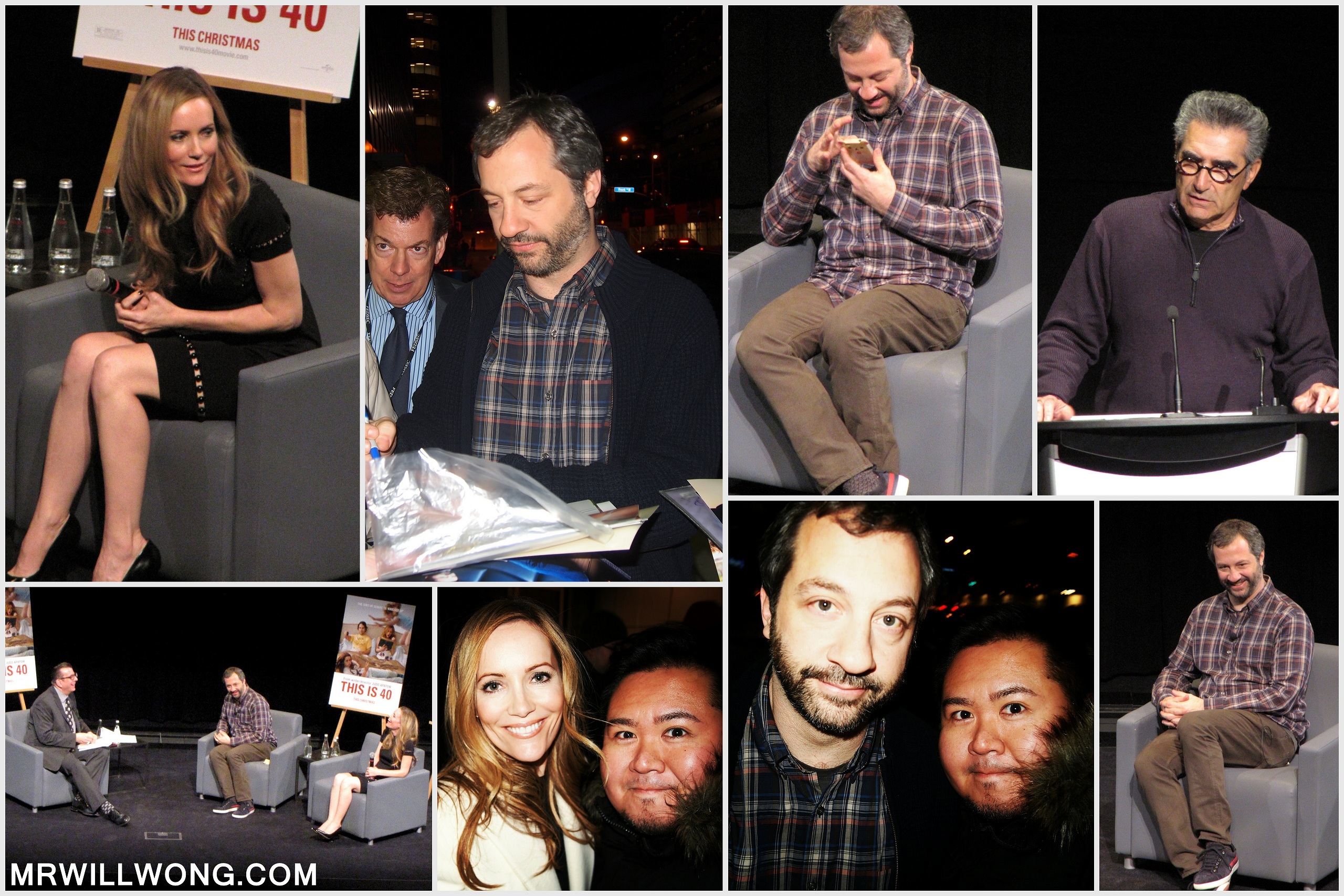 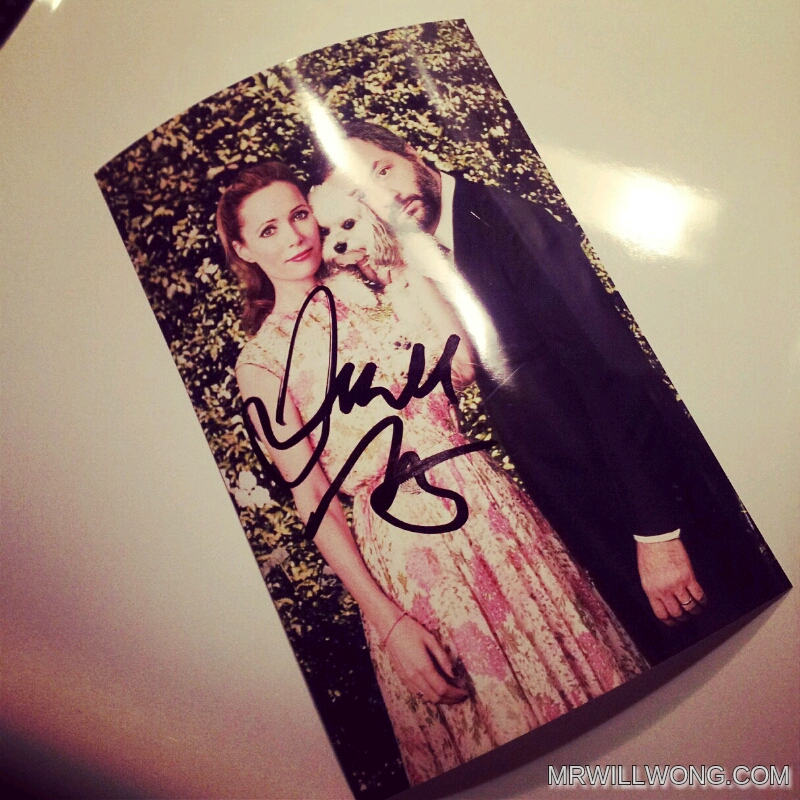