Elevation Pictures + Mr. Will want to take Readers to see Michael Keaton in THE FOUNDER, the story behind the rise of a little burger corporation you may have heard of! Screenings take place as follows:

Synopsis:
Directed by John Lee Hancock (SAVING MR. BANKS), THE FOUNDER features the true story of how Ray Kroc (Michael Keaton), a struggling salesman from Illinois, met Mac and Dick McDonald, who were running a burger operation in 1950s Southern California. Kroc was impressed by the brothers’ speedy system of making the food and saw franchise potential. Writer Robert Siegel (THE WRESTLER) details how Kroc maneuvered himself into a position to be able to pull the company from the brothers and create a billion-dollar empire. The film also stars Laura Dern as Ray Kroc’s first wife Ethel; John Carroll Lynch as Mac McDonald and Nick Offerman as Dick McDonald.

Our adorable Friends Wyldstyle and Emmet from the eagerly-awaited THE LEGO MOVIE were out doing good in yesterday’s Snowmaggedon and you’ll love the reactions they drew!  While we were all being down amidst the downfall of snow yesterday, the Duo surprised Construction Works in the City with some warm, delicious McCafé Premium Roast Coffee and The Lego Movie Lego Sets, much like the one I’ve been fawning over (see it here).

No fair! I want my Coffee delivered by Wyldstyle and Emmet too!!

Watch them in action below:

Warner Bros. releases THE LEGO MOVIE Friday, February 7, 2014. You must see it!

It’s finally here!   McDonald’s Canada gives Ontarians a Sandwich to call our own too… *for a limited time only, The McLobster, and it’s actually delicious!  Containing a Soft Roll baked from McDonald‘s Signature Bun Dough, filled with crisp, shredded Lettuce  and a Lobster Salad containing real Lobster chunks, Celery and Salad Dressing, this Creation is an absolute delight.  Finally a McDonald’s Sandwich that tastes distinctly Canadian and has a degree of elegance to it.  Those in the Maritimes have been enjoying it for years and now it’s our time to savour.

Of course, there could always be more Lobster, but we’re not complaining.  For $9 (less than $7 for the Sandwich alone), you too can enjoy a Combo with Fries and a Drink!

Learn more about the McLobster here. 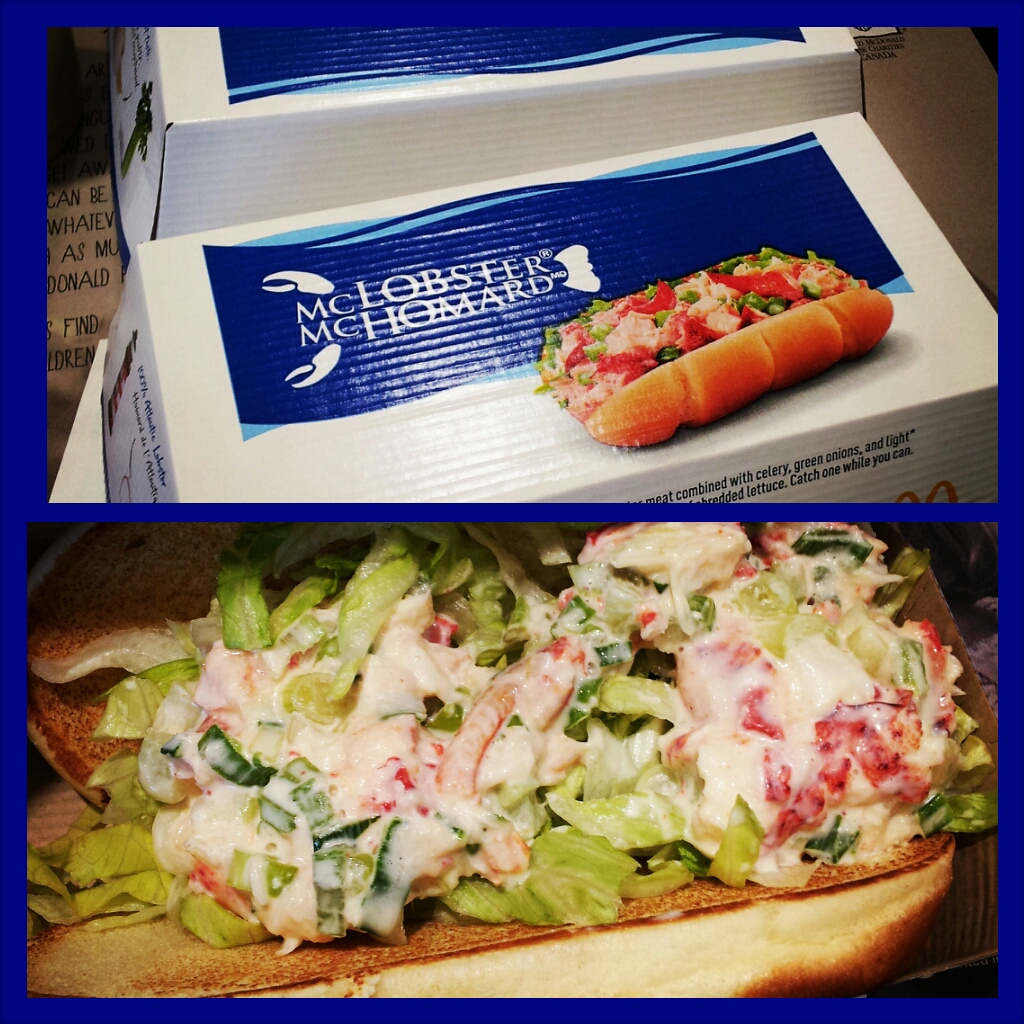