It was amazing night celebrating Amazon Prime Video’s gritty new Series, HUNTERS. The gripping Series produced by Jordan Peele (Get Out, Us) is set late ’70s in New York City. We are taken to a violent underworld where Holocaust survivors and Nazis are out for blood, settling unfinished business. As a once-again brilliant Al Pacino‘s character Meyer Offerman says, “The best revenge is revenge” and the Series sets-out to do that, exacting catharsis through bloody, gory revenge.

The Series feels authentic to the era and we meet several fascinating characters including Jonah played beautifully by Logan Lerman, out to avenge the loss of his grandmother. We meet also Detective Millie Morris (Jerrika Hinton) who is hot on the trail of a murder spree, ready to uncover some dark secrets she might not be prepared for.

Hunters is a must-watch and applause was loud after a screening at The Danforth Music Hall tonight. Kudos to Aamazon Prime Video for outdoing themselves on a great bash, inspired by the surroundings where HUNTERS is set. The fun, festive ’70s bash took us right into the streets of New York, complete with graffiti, cops, break dancers, pretzels, candied nuts and hot dogs. ET Canada’s Morgan Hoffman hosted the evening which saw guests leaving with collectible puzzles from the Series.

In case you haven’t seen it, here is a Trailer to HUNTERS:

Some Snaps from the night. Click right to navigate album:

Elevation Pictures and Mr. Will want to take Readers to an Advance Screening of INDIGNATION!  Screenings take place on Wednesday, August 3, 2016 in the following cities:

Synopsis:
In 1951, Marcus, a working-class Jewish student from New Jersey, attends a small Ohio college, where he struggles with sexual repression and cultural disaffection, amid the ongoing Korean War. 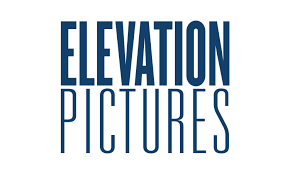 The Washington D.C. Premiere of FURY took place last night at the Newseum and the Stars were out in full force indeed!  Writer/Director David Ayer and the Cast including Star Brad Pitt walked the Star-Spangled Banner-lined Carpet, talking in-depth about their respective experiences filming the new World War II Drama.

On preparing for his exhausting role as Don “Wardaddy” Collier, Brad Pitt says “Listen, with five guys shoved in a tin can you get tired pretty fast, you don’t have a choice.”. He adds, “You know, we had to work the tank – and were fortunate enough to get to use live ammunition.”.  We also learn about his preparation speaking to several War Veterans in understanding their tired psyches.

Listen to Pitt talk about his role below:

Director/Writer David Ayer also talks about his experience working with his brilliant Ensemble of Actors, stating “You think of World War II as a ‘clean war’ because the outcome was so positive, but for the guy inside the tank, it was incredibly murky and difficult.”. He sings Pitt’s praises proclaiming, “I think this is the best work Brad has ever done!”. In describing the Film, he feels “It isn’t your Dad’s World War II Movie”.

Rising Star Logan Lerman who stars as Norman Ellison, also has great praise for his Co-Stars. He says, “We became brothers in pre-production. Our relationship getting to know each other so well made the Movie what it is.”. 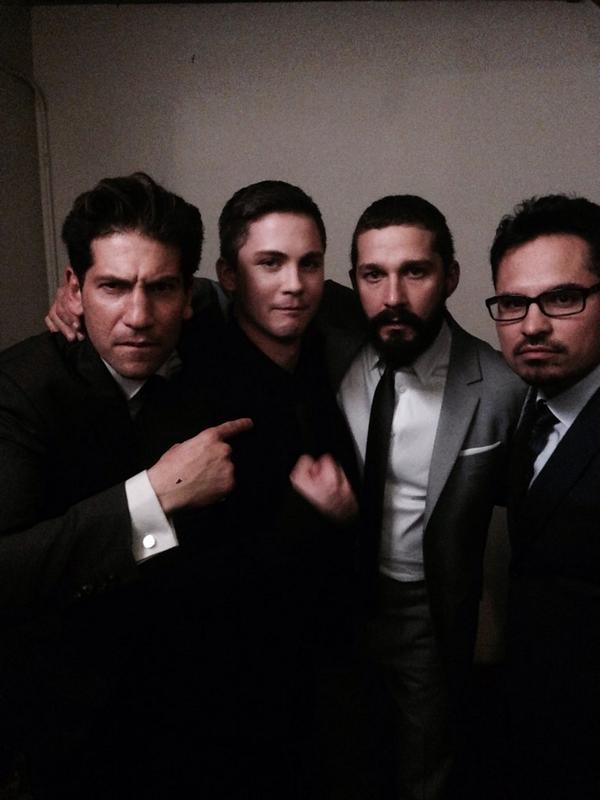 Fans of 2012’s END OF WATCH and TRAINING DAY likely will love FURY, the latest from Screenwriter/Director David Ayer. The WWII Action-Drama marks Brad Pitt‘s long-awaited return to the big screen!  Shia LaBeouf and brilliant Logan Lerman, whom we loved in The Perks of Being a Wallflower also star.  Hotly-buzzed Scott Eastwood, son of Clint also graces the screen.

April, 1945. As the Allies make their final push in the European Theatre, a battle-hardened army sergeant named Wardaddy (Brad Pitt) commands a Sherman tank and her five-man crew on a deadly mission behind enemy lines. Outnumbered and outgunned, Wardaddy and his men face overwhelming odds in their heroic attempts to strike at the heart of Nazi Germany. 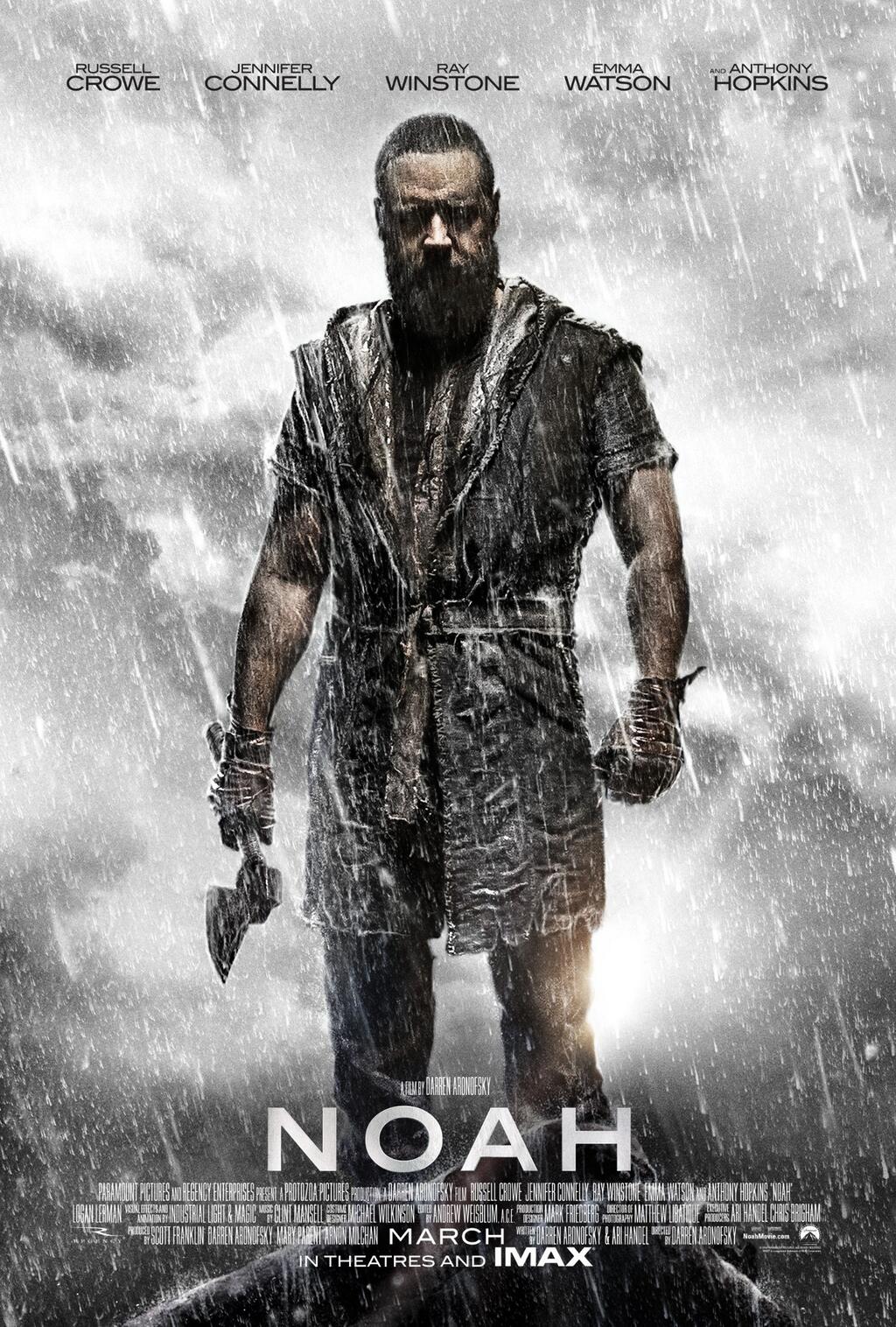 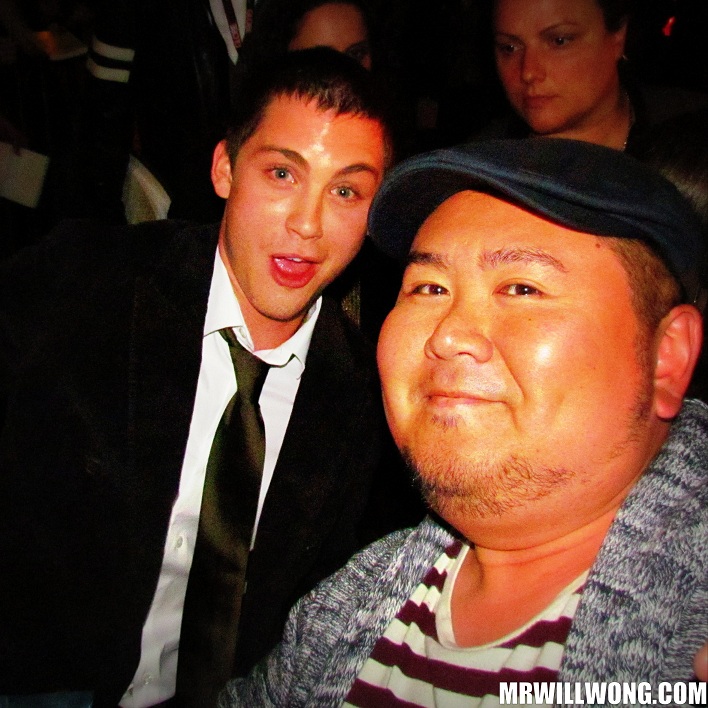 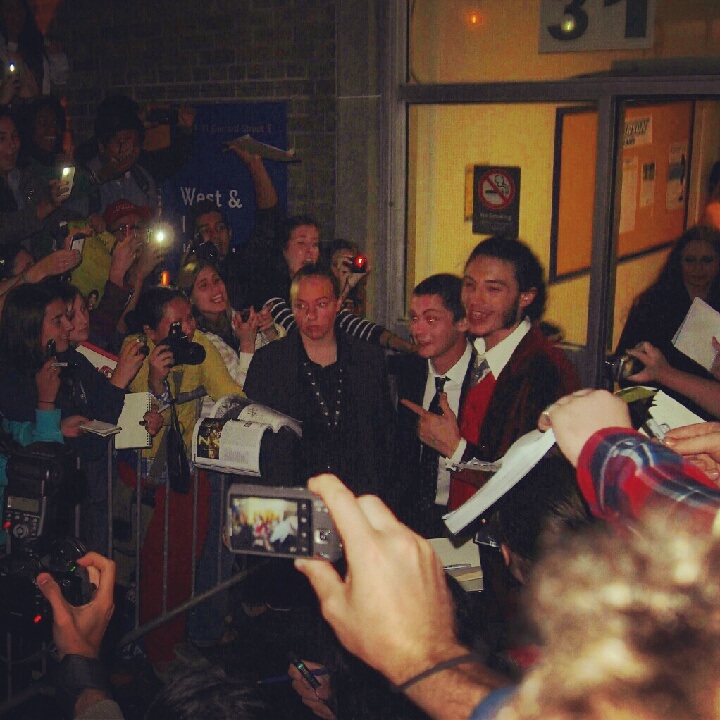