Those of you who’ve frequented the Food Truck Circuit in the Greater Toronto Area surely by now know of Fidel Gastro‘s famous Pad Thai Fries.  Lisa Marie, situated at Queen x Bathurst gives us expanded options from their Food Truck Menu Offerings in a style of dining called Cicchetti (like Tapas sorta) – great for sharing in groups of Friends.

The dimly-lit Space, with Elvis-inspired decor also features a Shop at the back with their signature  Soups (Kimchi Caesar, anyone?), Marinated Meats and Pickles, maybe perhaps drowned in bit too loud ’70s-inspired Soul and Disco.  Chatting with Friends was a bit of a challenge amidst all the noise.

The Menu highlight certainly is the Sugo, which I learned all about when celebrating one of my dearest Friends Josh‘s Birthday.  The Dish served with pieces of freshly-baked Bread, consists of a variety of slow-cooked Ground Beef, Brisket and Pork Belly in a Tomato Sauce. Although I’m mostly a Vegetarian, even I had to make it a Meat Day to try it.  It is like a heartier and luxe Sloppy Joe. It was a Hit for all.

The Alabama Tailgaters on Skewers (Bacon-wrapped Grass-fed Carpaccio with Aged Cheddar and Kimchi) are outstanding and a Smoked Duck Mini Pizza was melt-in-your-mouth delicious.  The Hoisin Turkey Wing perhaps was a bit too heavy on the sweet, brown Sauce, but nonetheless cooked to tenderness.

The Dessert Menu featured a French Toast Offering with Banana and a Peanut Butter Creme (as Elvis would’ve loved) which despite sounding delectable, couldn’t be accommodated due to the amount of Food consumed during the Main Course.  Next time.

Those of you going on Tuesday nights get a chance to sample the entire Cicchetti Menu for less than $80.  Bring a few Friends. 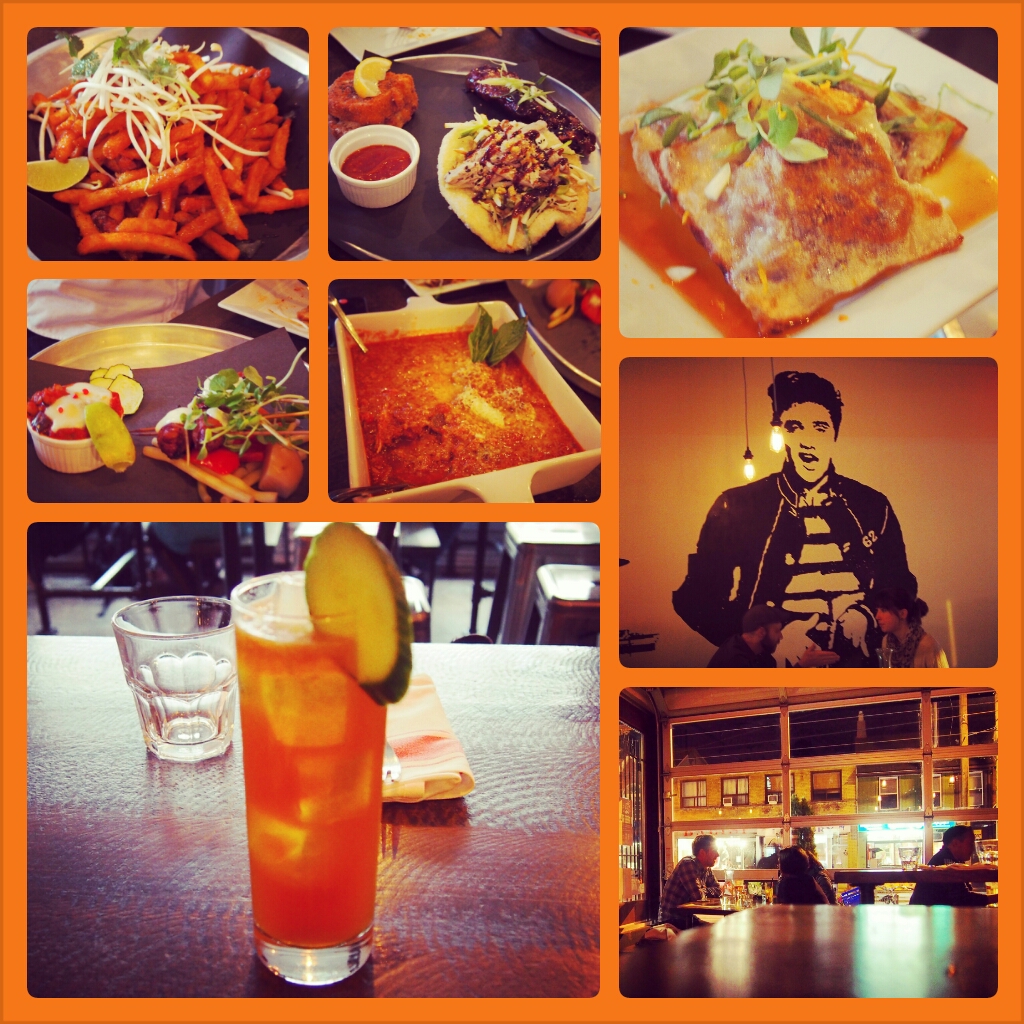