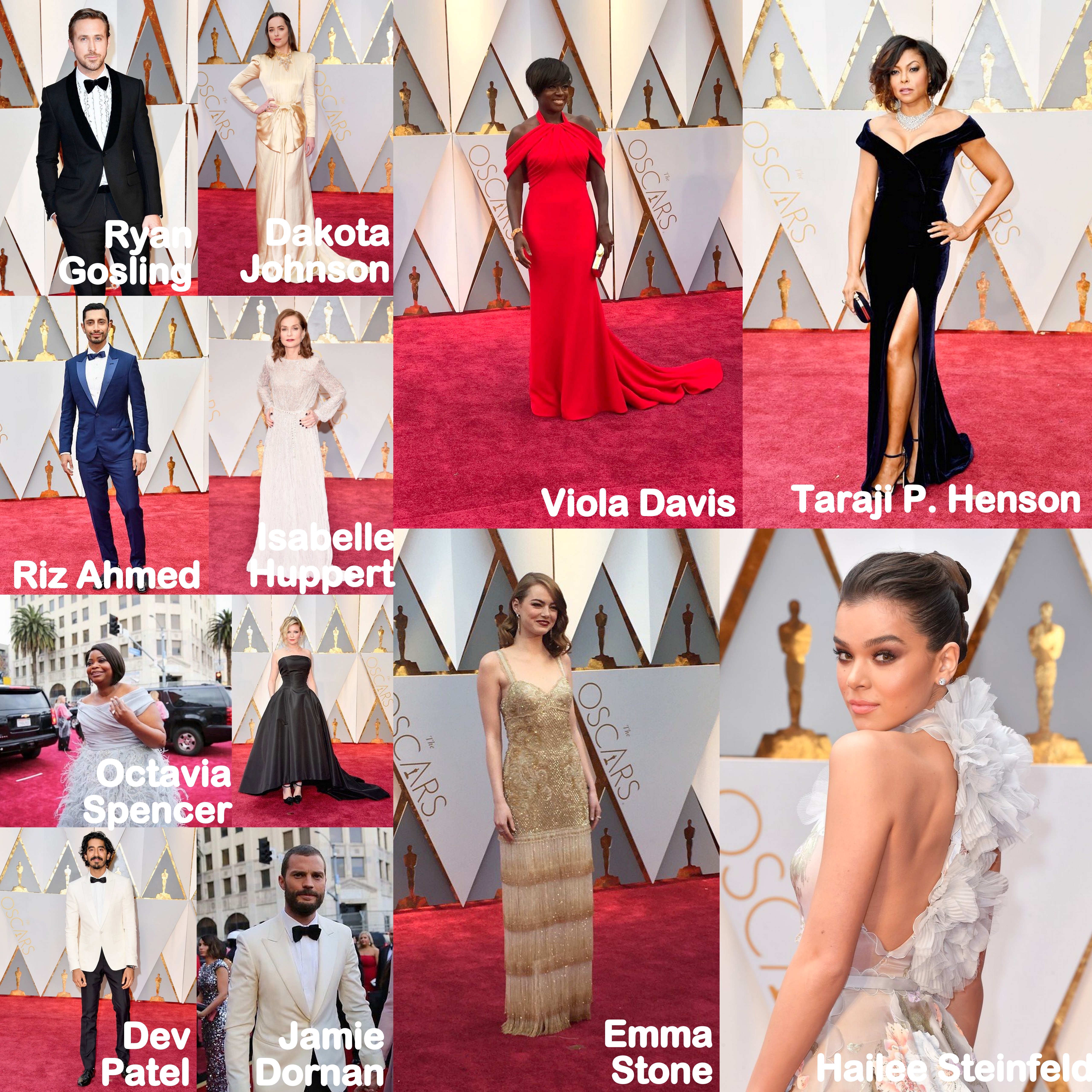 As anticipated, LA LA LAND leads the 89th Academy Award nominations which were announced at 8:30 AM EST in Los Angeles.  The Musical, hot off seven Golden Globe wins garnered a whopping 14 nominations including Best Picture, Actress (Emma Stone), Best Actor (Ryan Gosling), Directing (Chazelle), Writing (Chazelle) and more.  It also has two nods for Original Song with Audition and City of Stars. Chazelle in a statement today said, “I am thrilled that the Academy is celebrating the work of Emma and Ryan, who brought these characters to life with such humanity and depth, and also the work of my college roommate Justin who created the beautiful music.”.

Up for Best Picture are:

MANCHESTER BY THE SEA

We had the pleasure of running promotions in 2016 for seven out of nine of these nominations and would like to congratulate our friends at these Canadian companies who distribute these Films: Elevation Pictures (Moonlight, Hacksaw Ridge), 20th Century Fox Canada (Hidden Figures), Paramount Pictures Canada (Arrival, Fences), VVS Films (Hell or High Water), Mongrel Media (Manchester by the Sea) and eOne Films (Lion, La La Land).

MOONLIGHT, seen widely as LA LA LAND‘s biggest threat for Best Picture, garners the second-most nods, tallying-in at a total of eight. The Film directed by up-and-comer and nominee Barry Jenkins has been a major force this Awards Season, a powerful response to an outcry of the prestigious awards lacking diversity.

Davis, seen widely as the favourite in the Supporting Actress category stated, “Thank you to the Academy for recognizing this extraordinary, important film and my work in it. Thank you Denzel for being at the helm!”.

Although Canada’s submission for Foreign Language Film IT’S ONLY THE END OF THE WORLD missed the final shortlist, Canadians have plenty to be proud of with a total eight nominations, according to a congratulatory Press Release from Telefilm Canada:

Some surprises from today’s announcements include a nod for three-time winner Meryl Streep (Florence Foster Jenkins) in the Lead Actress category and Viggo Mortensen (Captain Fantastic) getting his second nomination today for Lead Actor. Many are surprised that despite getting recognized for Best Picture, ARRIVAL star Amy Adams did not garner a nod for Actress in a Leading Role with two strong performances this year – the other being NOCTURNAL ANIMALS – being a major force all Awards Season. Newcomer and a soon to be on Broadway Lucas Hedges (Manchester by the Sea) finds himself among great company for Supporting Actor.

Streep in a humorous visual statement, had this to say about her recognition:

eOne Films x Mr. Will want to give Readers a chance to see acclaimed Drama, LION. Screenings take place in the following:

Synopsis:
A five-year-old Indian boy, Saroo, lives with his single mother and siblings in poverty. He and his brothers often beg for food and money at the train station. When his older brother, Guddu, tells Saroo that he’s going to take the train to another city, Saroo asks if he can come. Guddu agrees and when they reach their destination, he tells Saroo to wait for him on the platform.

When Guddu doesn’t come back, Saroo hops on another train in search of his brother and winds up many miles away from his home. The little boy is unable to tell the police exactly where he’s from and is eventually declared an abandoned child. He winds up at the Indian Society for Sponsorship and Adoption, where he’s soon adopted by an Australian couple (Nicole Kidman, David Wenham).

Saroo grows up as a typical Australian boy, learning English and eventually forgetting his native tongue, Hindi. Meanwhile, his mother endlessly searches for her son. 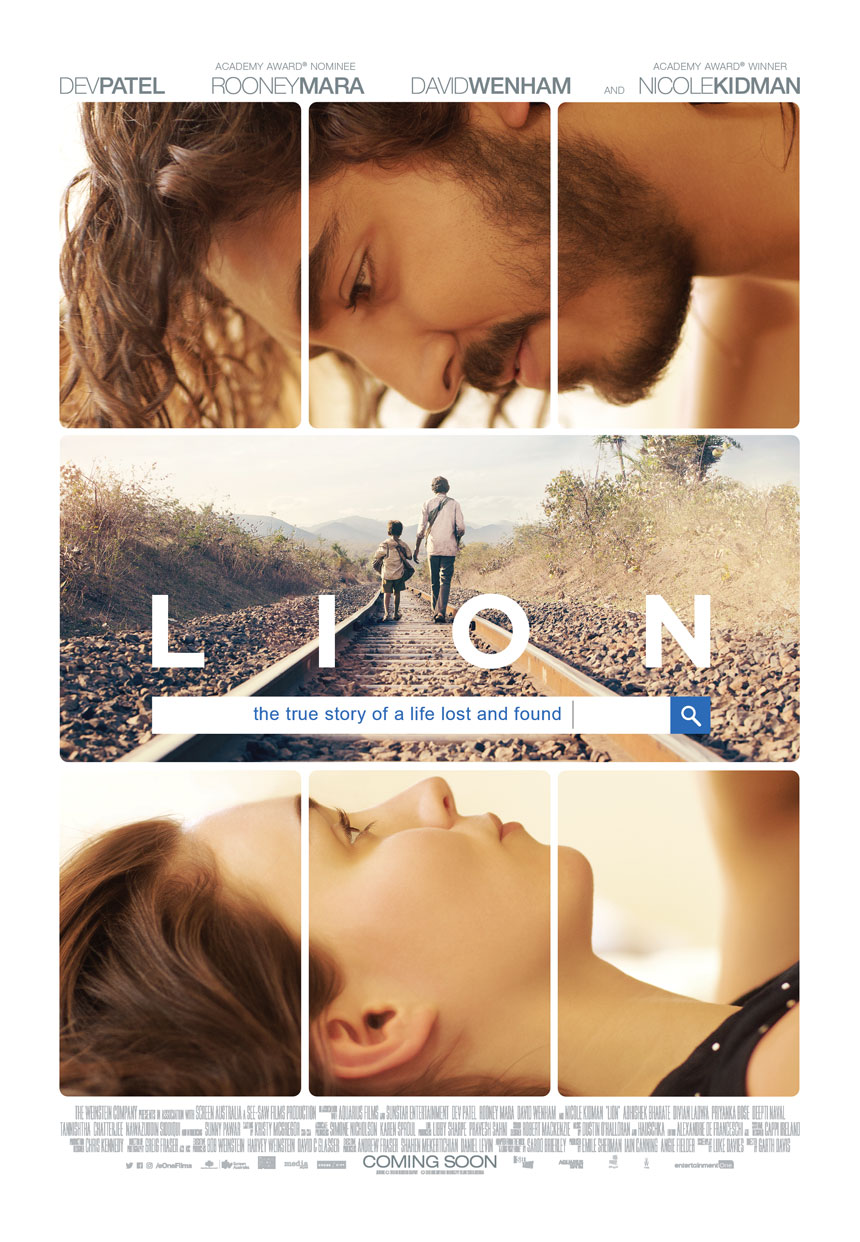 Premiering at TIFF ’16, a brand new Trailer has just surfaced for what looks like an emotional ride, starring Dev Patel, Nicole Kidman and Rooney Mara.

Synopsis:
Five year old Saroo gets lost on a train which takes him thousands of Kilometers across India, away from home and family. Saroo must learn to survive alone in Kolkata, before ultimately being adopted by an Australian couple. Twenty five years later, armed with only a handful of memories, his unwavering determination, and a revolutionary technology known as Google Earth, he sets out to find his lost family and finally return to his first home.