It’s been about 18 years since I last visited Singapore and one thing I took away from the trip was my love for the Cuisine. With epic food markets which we could only dream of like Lau Pa Sat and Newton Circus, we’ve longed for some dishes like their selection of exotic fruits, authentic Chicken Rice and Sambal Stingray ever since. My palate always has been a bit more adventurous than that of my family, my parents enjoying cleaner and lighter fare. I thought I’d bring them out for Easter weekend for a taste adventure to Mississauga’s Singaporean hotspot, LION CITY after opening day at Woodbine Racetrack, just 20 minutes away from the oval.

With all the rage of Crazy Rich Asians having swept the nation of late, Toronto palates are as curious as ever about the delicious cuisine featured in the Film. Let’s be honest. Toronto’s take on Chinese, Japanese and Korean fare are a cut above the rest. Singaporean cuisine however, still is a bit of a mystery and there isn’t an amazing selection of offerings in the City.

Entrepreneurs Elle Sim and Greg Woon, a real-life couple, debuted their Laksa in Toronto’s Leslieville Market back in 2017. The  popular noodle in coconut-curry soup dish in their native Singapore, developed a following and soon the rest of Toronto will be able to try it at STACKT, the City’s first ever Shipping Container Food Market at 28 Bathurst Street.

After meeting in their previous lives in the finance industry, the couple married, had a son and together they moved to Canada.  Just earlier this year, they took ownership of west-end staple LION CITY and have given the Menu their own spin, while keeping many of the original staff. Buzz has taken flight at a steady pace, with Sim taking the brand to Social Media and she tells me at a curated meal on a busy Saturday night, that she manages all the establishment’s accounts herself.

The night before our meal, we peruse their offerings on Social Media and we couldn’t get their Singaporean Crab off our mind, taking note of 24-hour advance request policy. We messaged around midnight and Sim was gracious enough to take care of us, picking-out a crab for us in the AM.  Priced at $65 (changes seasonally) the Singaporean Chili Crab might seem a bit expensive, but one taste and you realize why.  It is sinfully-meaty and that Sambal Sauce (chili, shrimp paste, garlic, onion, ginger, lime and more) with okra, tomato, egg plus crab fat/roe folded-in, was sent from heaven. It tasted so authentic I started getting nervous about having gum in my pocket. Fact: chewing gum is banned in Singapore.

It is a good thing there were leftovers for me to savour the next day.  Rice or Roti on the side is necessary to scoop-up or sop-up that thick paste. And yes, you need a drink like a Kopi Tarik (pulled iced coffee) or an iced Chrysanthemum Tea to go with that salty goodness.  There was a spicier Black Pepper Crab on the Menu as well, but we’ll save that for another visit. 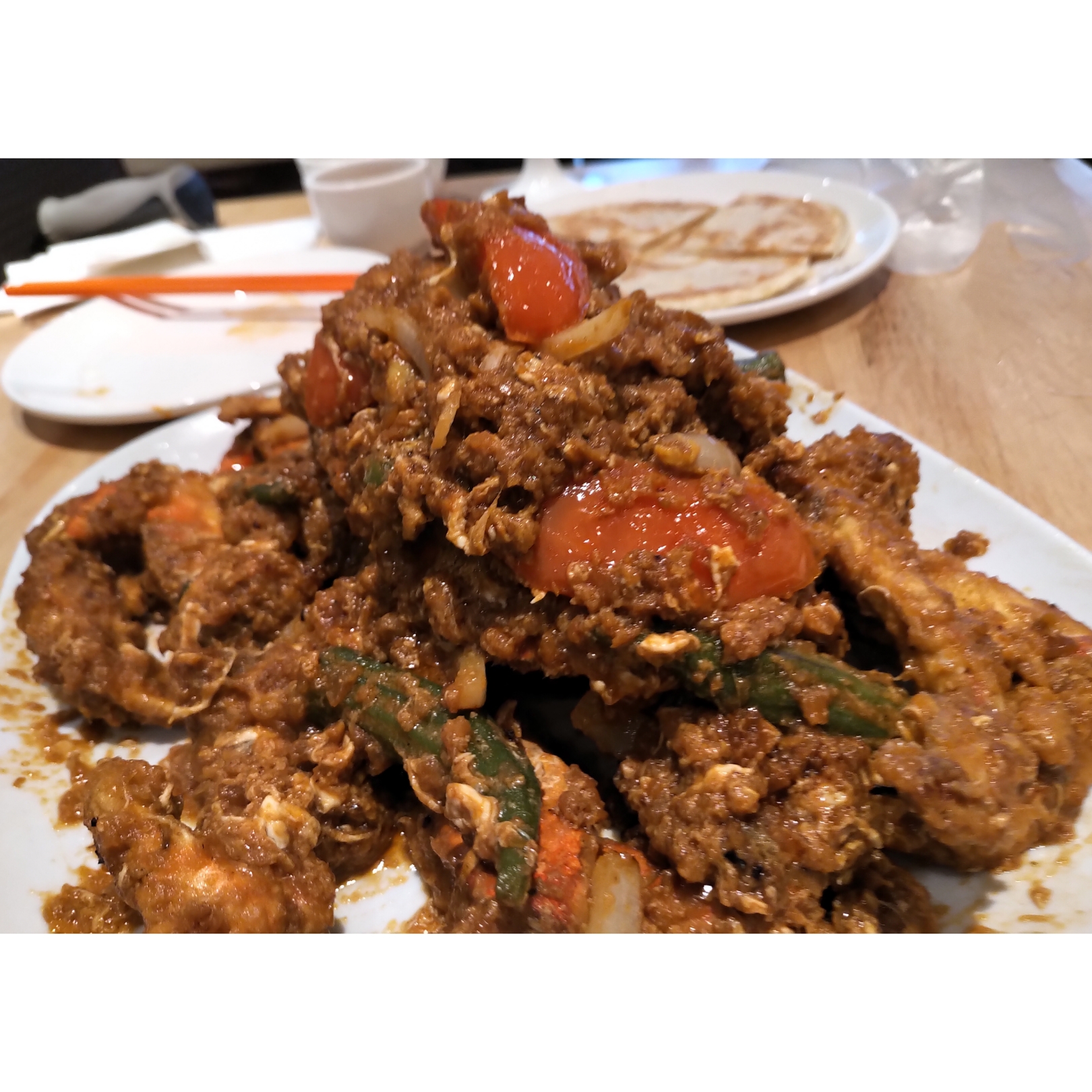 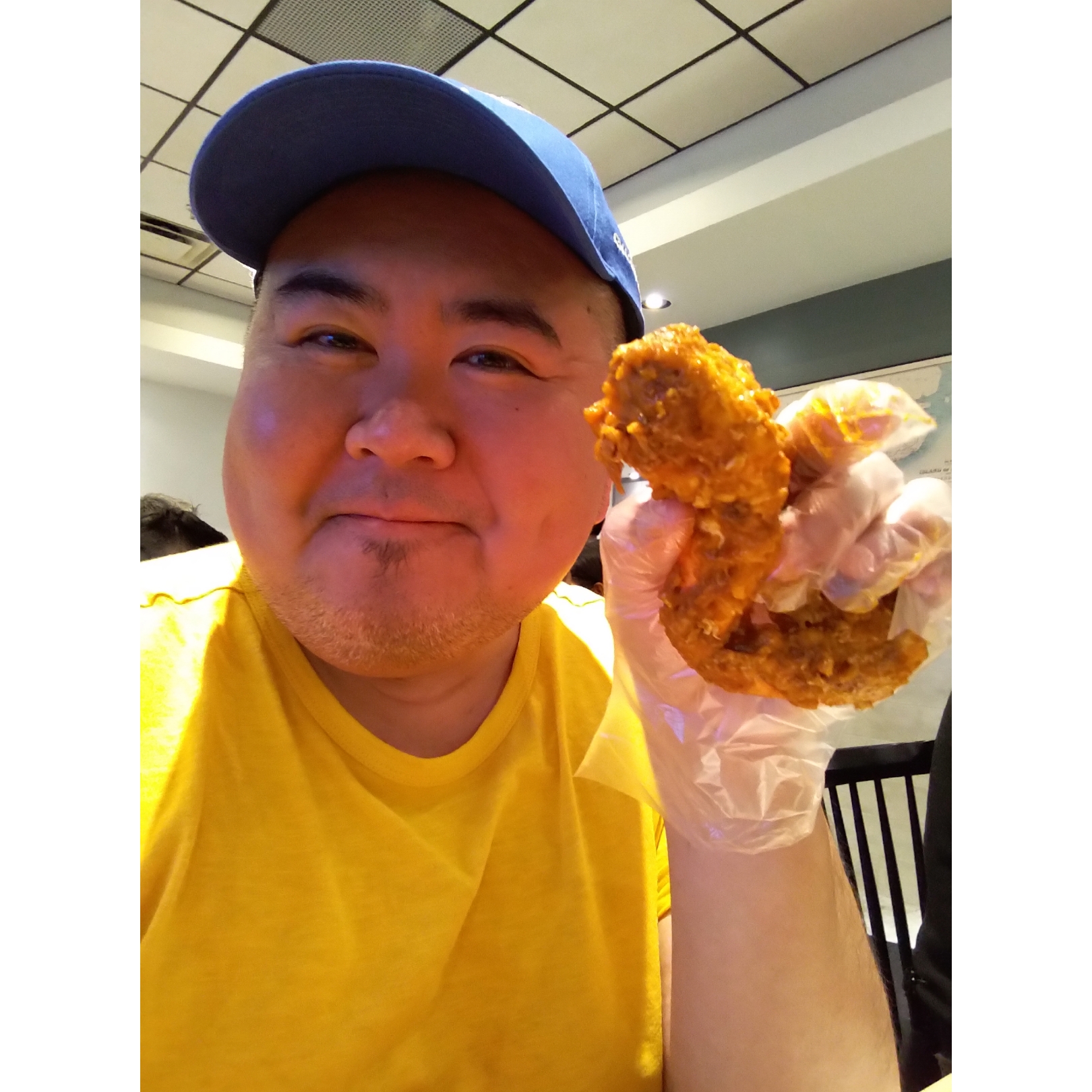 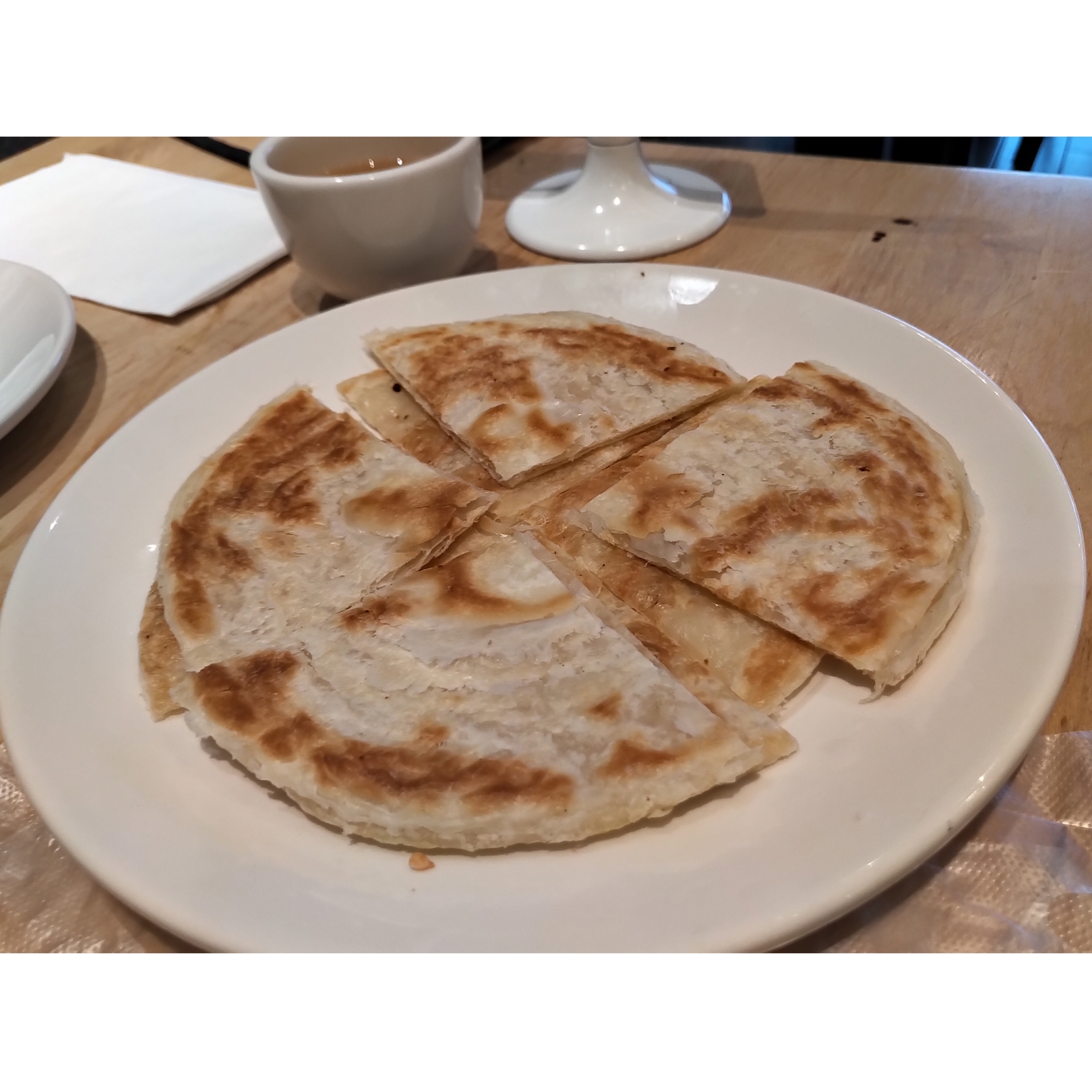 While we couldn’t quite get to it, we took home their take on the Sambal Stingray and it was delectable even the next day. The fins fried to a crisp and edible. That Sambal Sauce again was front and center here and we found ourselves searching for something to dip into it. Fact: Crocodile Hunter Steve Irwin‘s life was claimed by a stingray. How could something so fatal be so delicious? 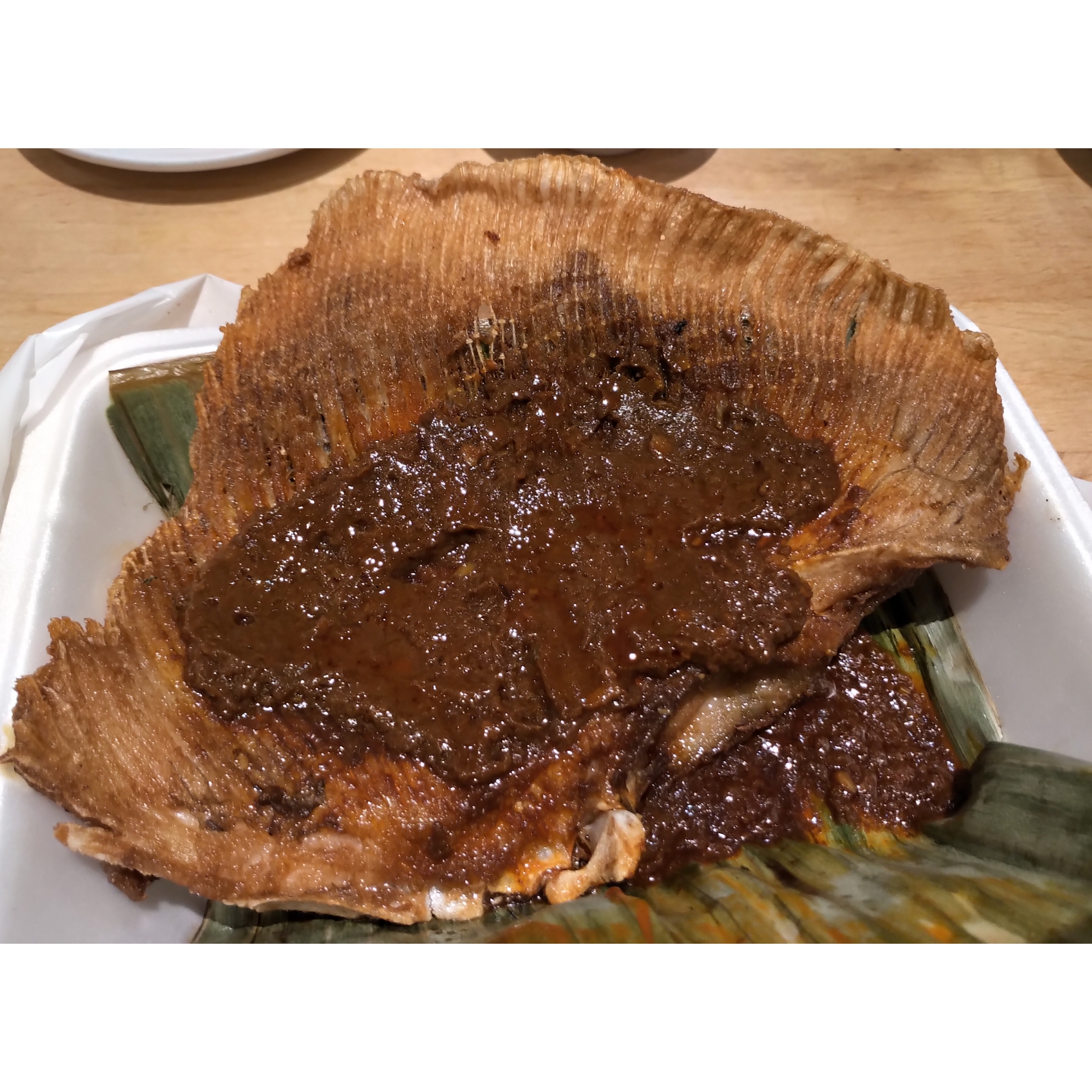 My Dad is a fan of this spicy and full-bodied noodle soup. My Mom found it too spicy but doable with a bit of tea.  I do feel Lion City’s take is a bit on the spicier side and I do love spicy, but be warned.  Fried Fish Cake, Chicken Breast, Fried Tofu Puffs and Shrimp add taste, texture and nourishment to the carbs. 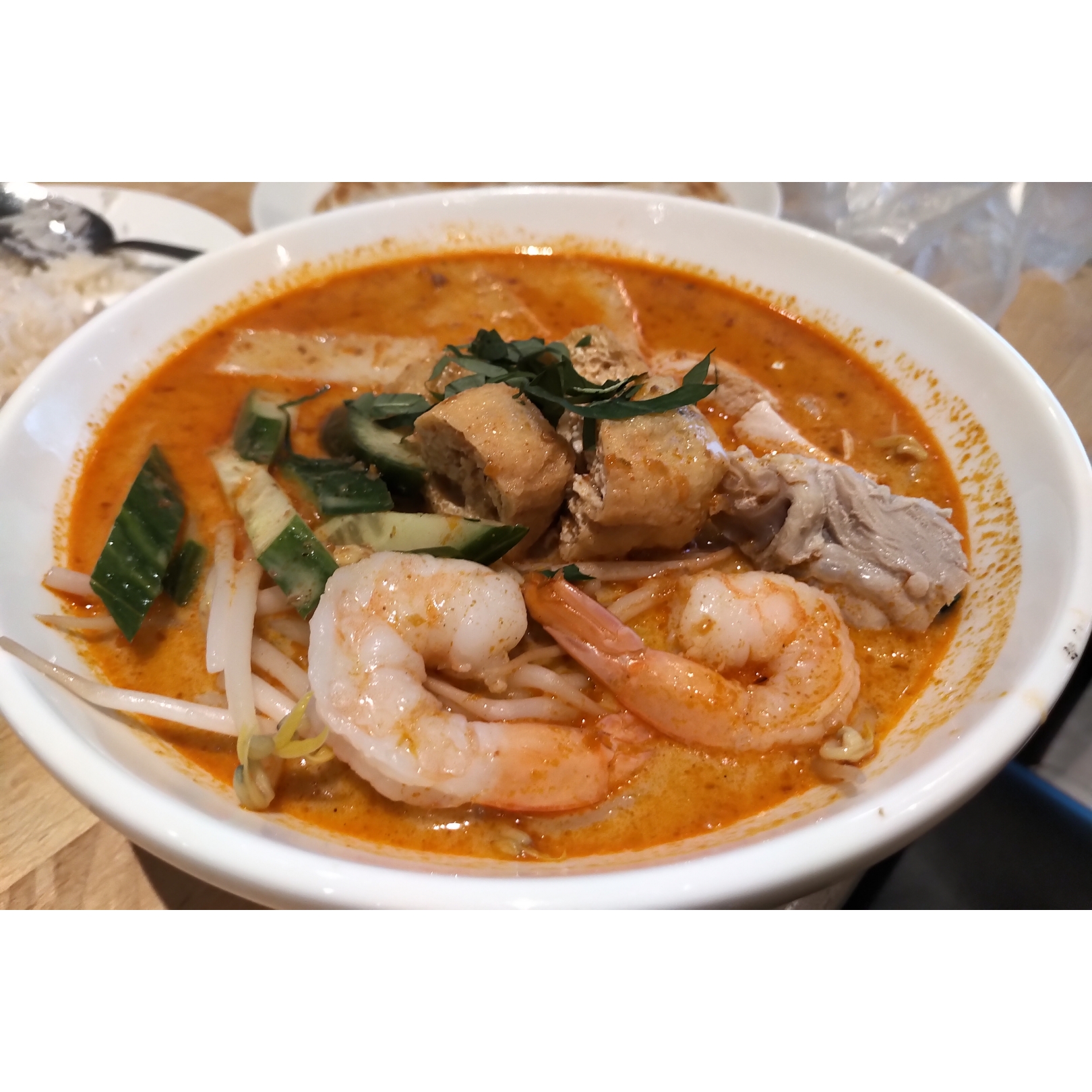 A Singaporean restaurant simply cannot be without mastering the art of Chicken Rice and the dish is in fact the national dish of Singapore. I’ve had several takes on the dish at Chinese and Malaysian hole-in-the-walls and to this day, the best I’ve ever had is at a Hong Kong-style diner in Scarborough. Lion City‘s interpretation hits the mark, the boiled chicken pieces juicy and the rice just greasy enough. The Ginger-Scallion Sauce that accompanies it is a must for dipping as is the Sweet Chili Sauce.  I found it interesting that they paired the dish with a thick and caramelized Soy Sauce which we don’t get to see much in these parts. A clear broth accompanies this in a bowl. It seems everyone ordered this dish around us. 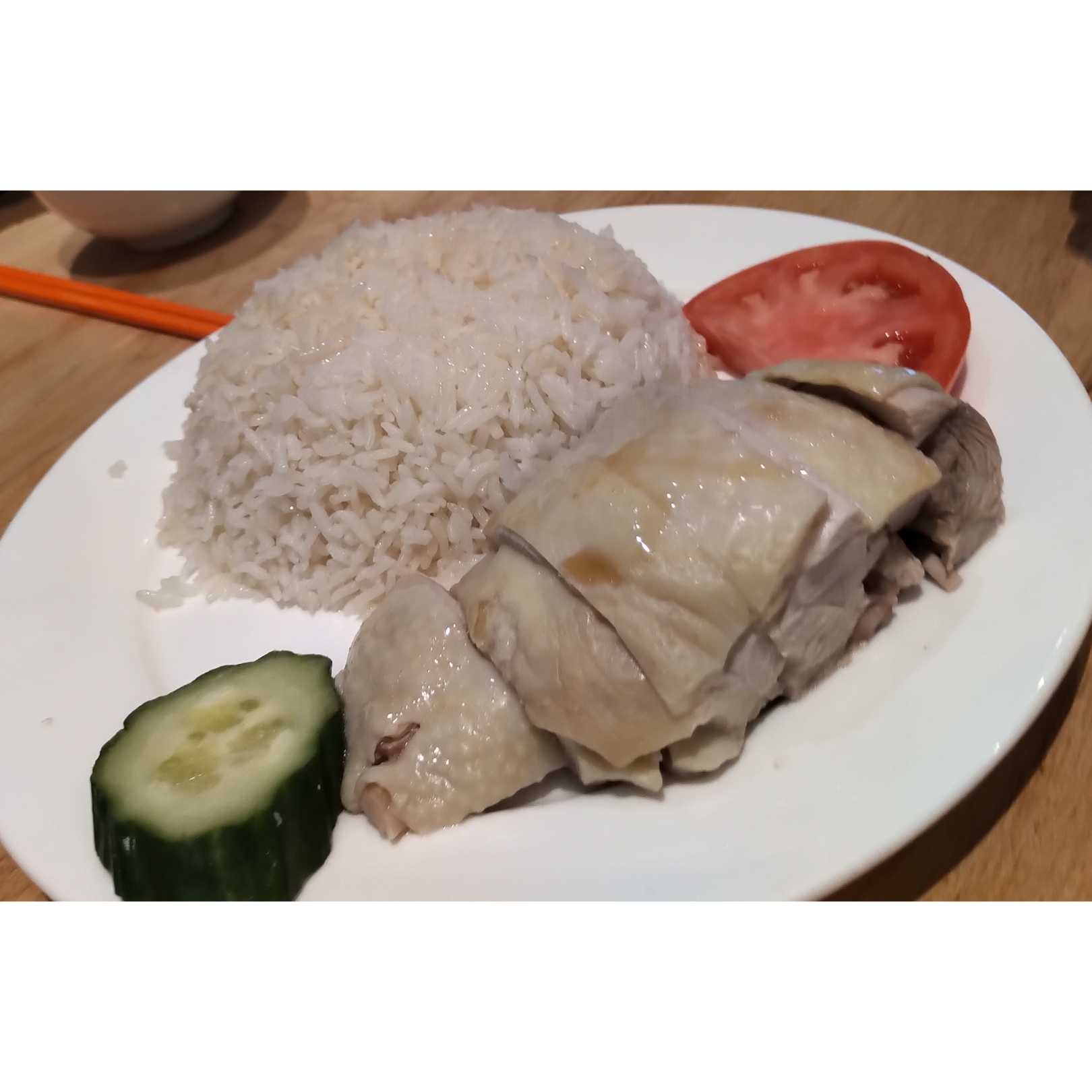 We have a serious sweet tooth and it isn’t often you find a place in Toronto that serves this cold coconut milk-based concoction with gummy-like jellies, taro and yam. This is one of a few offerings including Mango/Durian Sticky Rice, Black Glutinous Rice (Pulot Hitam) and more. 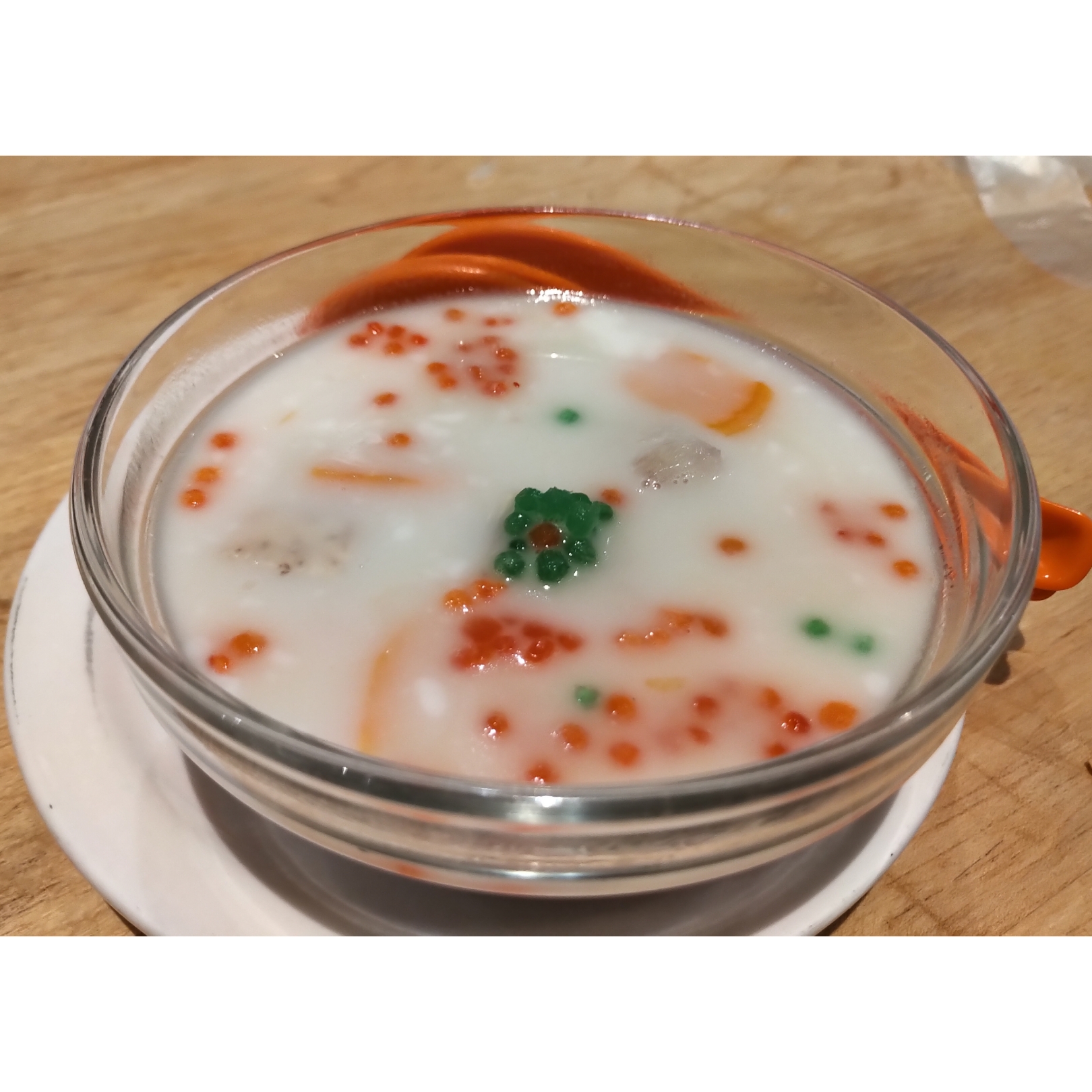 We love what Lion City is bringing to the Foodscape in Toronto, even if it is a short trek just outside the City, but we’ll definitely be back to try the rest of the Menu.
A Snap with the gracious Sim below, who commented that we could pass for siblings. And she’s right! My Mom even thought so! 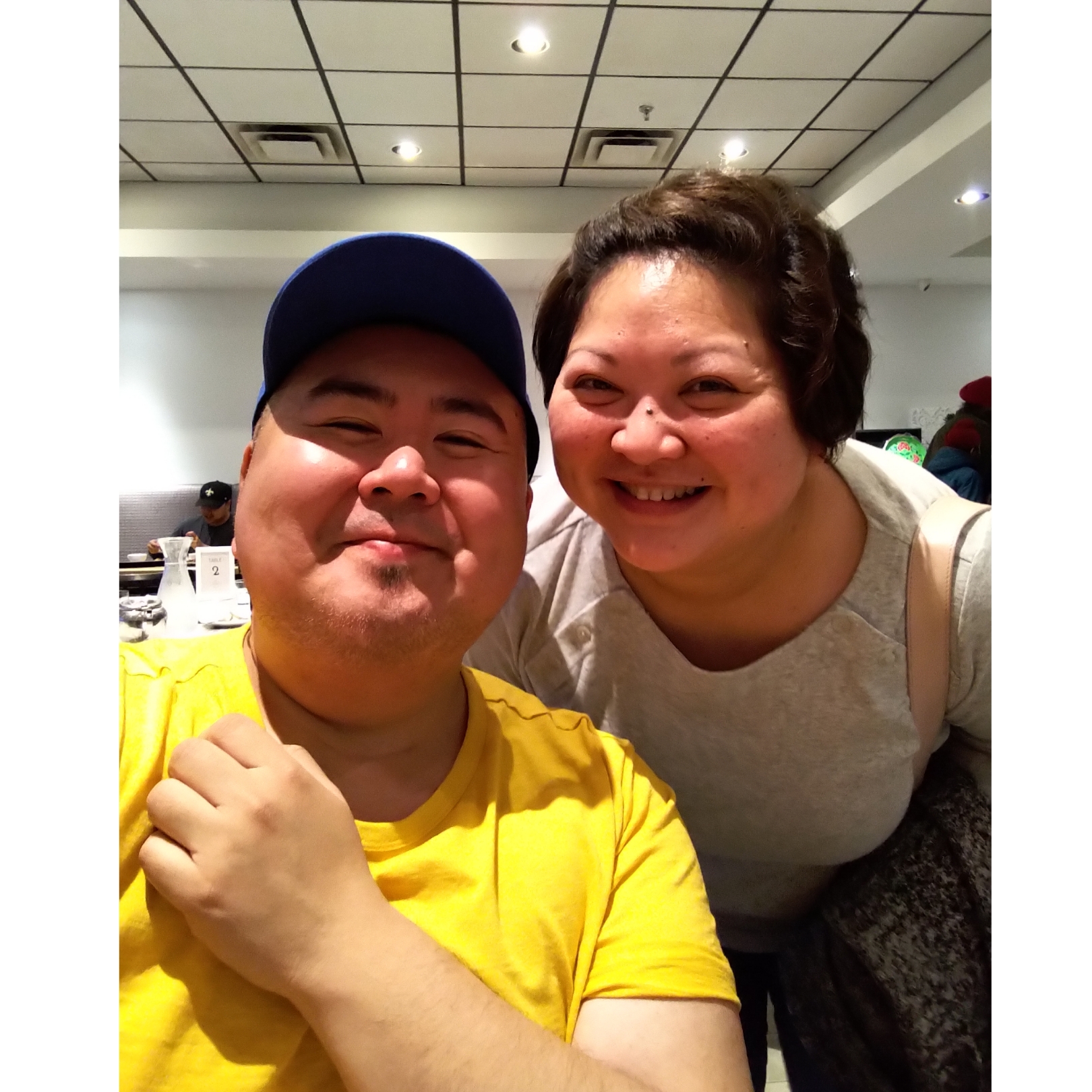