Kristin Scott Thomas, you naughty Girl you!  The Weinstein Co. unveiled Clips from a few of their upcoming Marquee releases at Cannes on Friday and shocking just about everybody is Nicolas Winding Refn‘s Follow-up to 2010’s excellent Drive.

The Thriller, Only God Forgives, competes in-competition at the Festival this year and shot entirely in Bangkok, the Film centers around Julian (Ryan Gosling), a Drug Smuggler whose life  is complicated further by her Mother’s (Thomas) mission to find who killed his older Brother, Billy (Tom Burke).

“You know what he does for a living right? Heroine, Cocaine… that’s where the money comes. That’s how he can afford to pay you to f*** him”, she says to the Girl her Son brings home to her, Mai (Rhatha Phongam), in quite possibly her most shocking role to date.  Believe me, it takes a lot to shock me and this is pretty darn shocking and might I add, completely NSFW.  I can just imagine the room of international Journalists gasping at the Subtitles!

Watch the Clip below:


Also premiering at Cannes was a Clip of Nicole Kidman in Grace of Monaco, presented by the Oscar Winner herself, which we’re all dying to see. This already is looking like quite the year for Idris Elba, who was seen in a Clip of Madela, also starring in sure-fire Blockbuster Hit this Summer, Pacific Rim.

#TIFF12: KRISTIN SCOTT THOMAS IN TORONTO FOR “IN THE HOUSE” 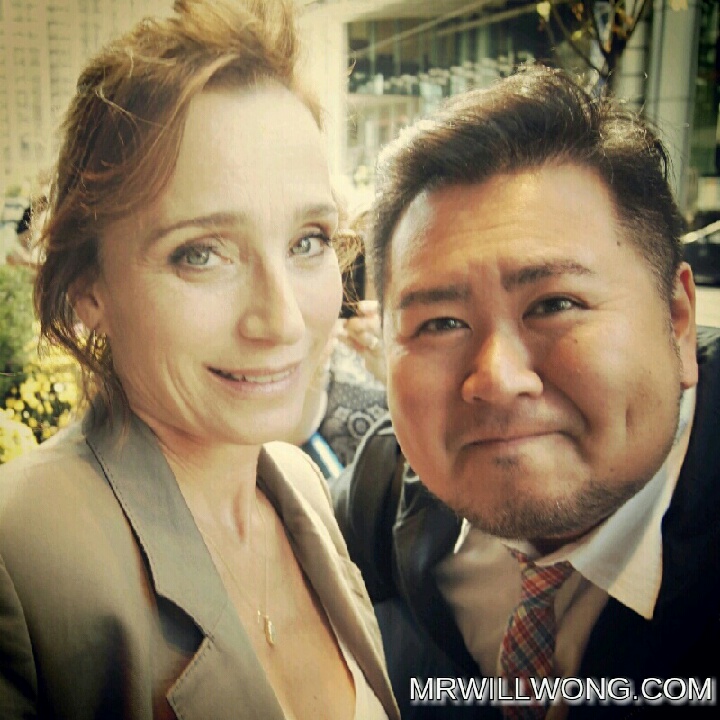 Losing my mind here!  Kristin Scott Thomas is one of my favourite Actresses of all time and it was such an honour to spot her earlier today just as she was about the head-out and fly home to France.  She is in-town for François Ozon‘s latest, In the House. Although I threw over a subtle wave at her, catching her attention. She remained low-key, waiting right until the final moment to come by for a Snap. Slayed!

in the house kristin Scott thomas