Imagine a world where Juliet goes on to survive after Romeo. What lessons would she have learned in her life about controlling her own destiny? Standing up to her parents? Or throwing it all away for the one she thought she loved? Even William Shakespeare himself must face the Music (thankfully for us, a Soundtrack of Pop Icon Max Martin‘s Greatest Hits) in Mirvish Productions’ & JULIET, against values like equality and inclusion of today.

Toronto is extremely lucky to get to enjoy a run of this phenomenal new Musical, as it continues its extended run in London’s West End currently. Playing at Princess of Wales Theatre till August 14, 2022, & JULIET with its current Cast, will head straight to Broadway.

Emmy-winning Schitt’s Creek Writer David West Read pens the Play, which speaks to an audience of today, bringing pure, blissful joy. Telling its story of Juliet‘s liberation and a catalogue of songs which defined and continue to define an era, it is impossible not to walk away feeling uplifted.

& JULET is empowering, wild and full of heart. Not to mention some outstanding performances from the likes of Broadway veteran Betsy Wolfe (Waitress, The Last Five Years) as William Shakespeare‘s wife Anne Hathaway, Justin David Sullivan as the non-binary May, Melanie La Barrie as Juliet‘s confidante Nurse, and up-and-comer Lorna Courtney in the starring role of Juliet. West Read‘s smart writing, delicately yet at once brazenly approaches angles not pondered by Shakespeare when it comes to asking what his female characters wanted, that the world contained more than just white people and that same sex love existed.

So seamlessly and brilliantly is this Soundtrack interweaved into the story line. Case in point, Bon Jovi‘s “It’s My Life” contains a line “Like Frankie said, I did it my way” and a character, Frankie (Philippe Arroyo) randomly comes out and does the line. Pure genius.

The level of detail is astounding and visually, it is like a Pop Concert-meets-Shakespeare-meets-Moulin Rouge with a relentless energy throughout this two-and-a-half-hour runtime, plus intermission.

& JULIET is invigorating and the perfect lift in spirits we needed this Summer with a huge potential to crossover as Pop Culture phenomenon. More on tickets here.

Some Snaps with the Cast:

We were so lucky to meet Max Martin, in-town recently for the Musical. More here. 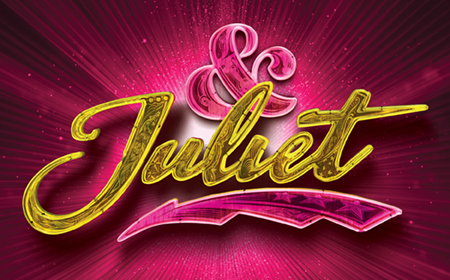 You’ll probably not even recognize him, but you know and love him. Trust. Legendary Hitmaker Max Martin is in Toronto for Mirvish’s Production of & Juliet! After a successful run in London’s West End, Toronto is so lucky to get to see the Musical, which asks what would’ve happened if she didn’t end it all for Romeo?

Martin is responsible for the most iconic Pop Hits of our time. And not just one. Several!

…Baby One More Time
As Long As You Love Me
I Want it That Way
Bang Bang
Break Free
Blinding Lights
California Girls
DJ Got Us Fallin in Love
Dynamite
Hot N Cold
I Kissed a Girl
It’s Gonna Be Me
Lucky
Love Me Harder
Oops!… I Did it Again
Part of Me
Quit Playing Games (with my Heart)
Roar
Save Your Tears
Shake it Off
Show Me Love
Since U Been Gone
Style
Teenage Dream
That’s The Way It Is
U + Ur Hand
Who Knew
(You Drive Me) Crazy

You try picking a favourite from this partial list of hits he’s responsible for penning! I love all these songs and I’m sure you do too!

This was an incredible honour. I don’t think he’s used to being recognized as he is so humble, but as a lover of Pop, he is an Idol! Even more important than the stars he’s worked with!

Set against a Soundtrack of megahits by Martin, & Juliet is from Emmy-winning Writer of Schitt’s Creek David West Read, with Choreography by Jennifer Weber, and Director Luke Sheppard.