Irish-born and UK-based Pop Duo Jedward need little introduction to the Pop Music-savvy, but they are about to enter the Canadian consciousness. Even the election of a new Pope wasn’t enough to steal their Social Media spotlight with their trending on Twitter in Canada earlier today as the most popular topic.

The 21-year-old identical Twins who got their big break on The X Factor (UK) before getting signed, are in Toronto the entire week. They treated Fans who were devoted enough to trek to Scarborough’s CTV Studios bright and early this morning for a live interview and two-song performance on Canada AM. Jedward, John (normally on the left) and Edward (normally on the right) drew Fans from as far away as Atlanta, expressing their love for our Country – this their second time in Toronto this year.

Being Irish, Jedward told Canada AM‘s Beverly Thompson and Jeff Hutcheson that they plan to spend St. Patrick’s Day in our City, celebrating by listening to a bit of Irish Music and dining on some Irish fare. They even joked that they have a Canadian Girlfriend named Phoebe – that of course being Phoebe Dykstra of MuchMusic, Host of New.Music.Live, who has been showing the Boys around town along with Co-Host Lauren Toyota.  They even Tweeted that they may attend a Toronto Maple Leafs Game this Saturday!

Jedward wowed Fans with a costume changing, one-handed Somersault, Mic Stand-shattering performances of their Hits Waterline, followed by Happens in the Dark. Watch a Clip of their Interview and Performances below:

The Boys were super-gracious to stay behind and meet everyone in the Audience, generously snapping Photos and signing Autographs.  I got my moment with Jedward and they of course were super fun.  John told me I was super-coordinated and noticed me in the Audience! I assured him his Autograph definitely won’t wind-up on eBay and in fact, I would love for one Reader to win it! 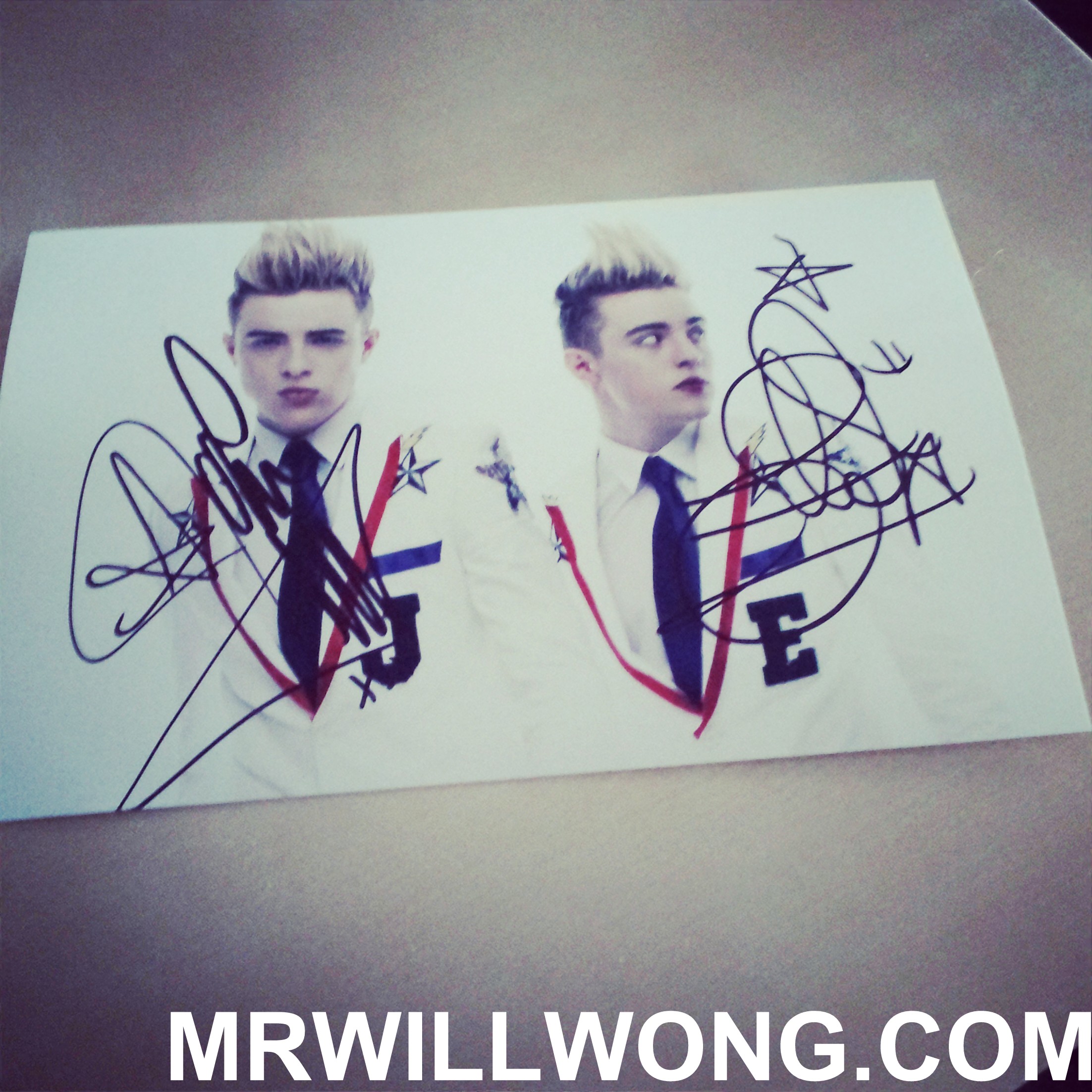 All are welcome to enter. Good luck! 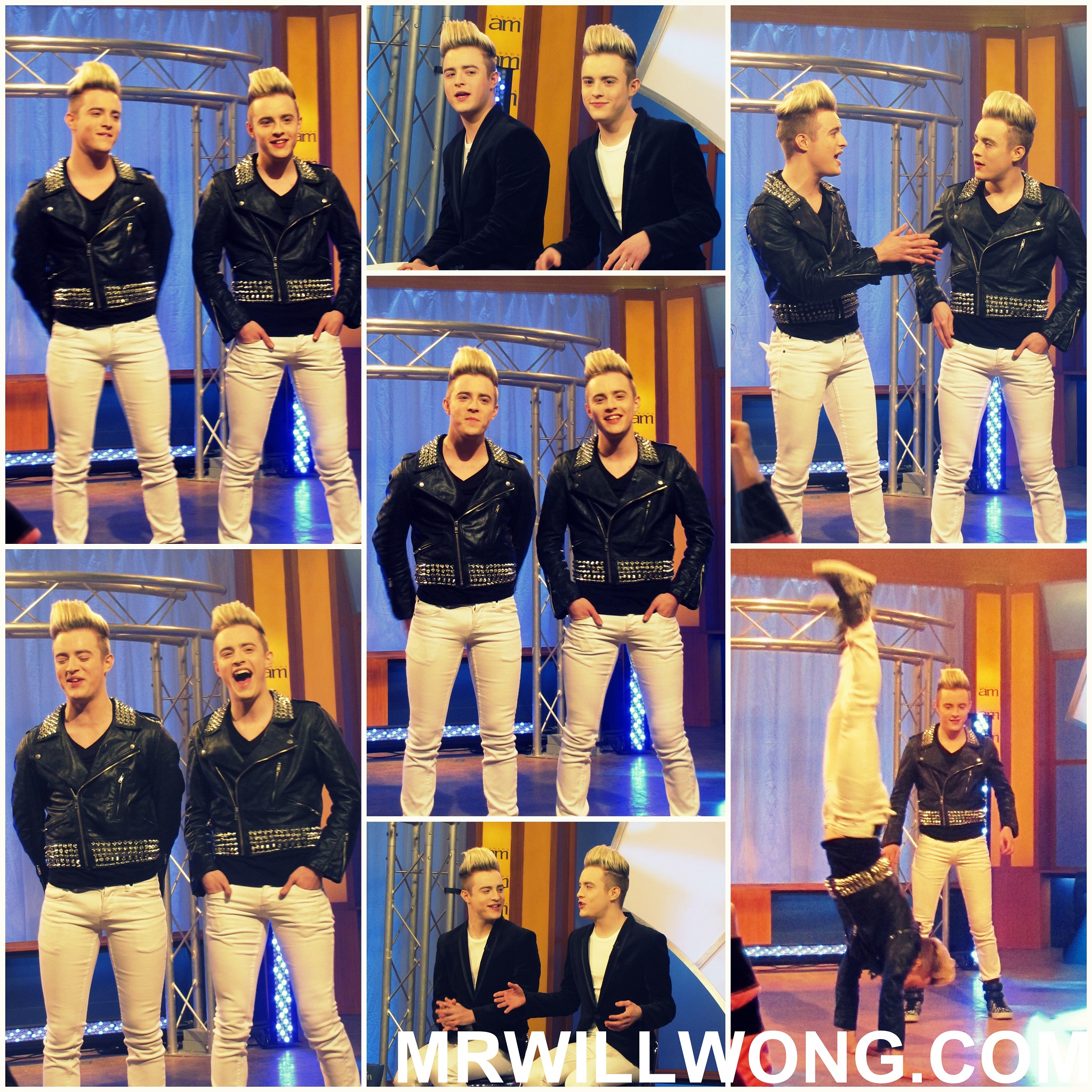 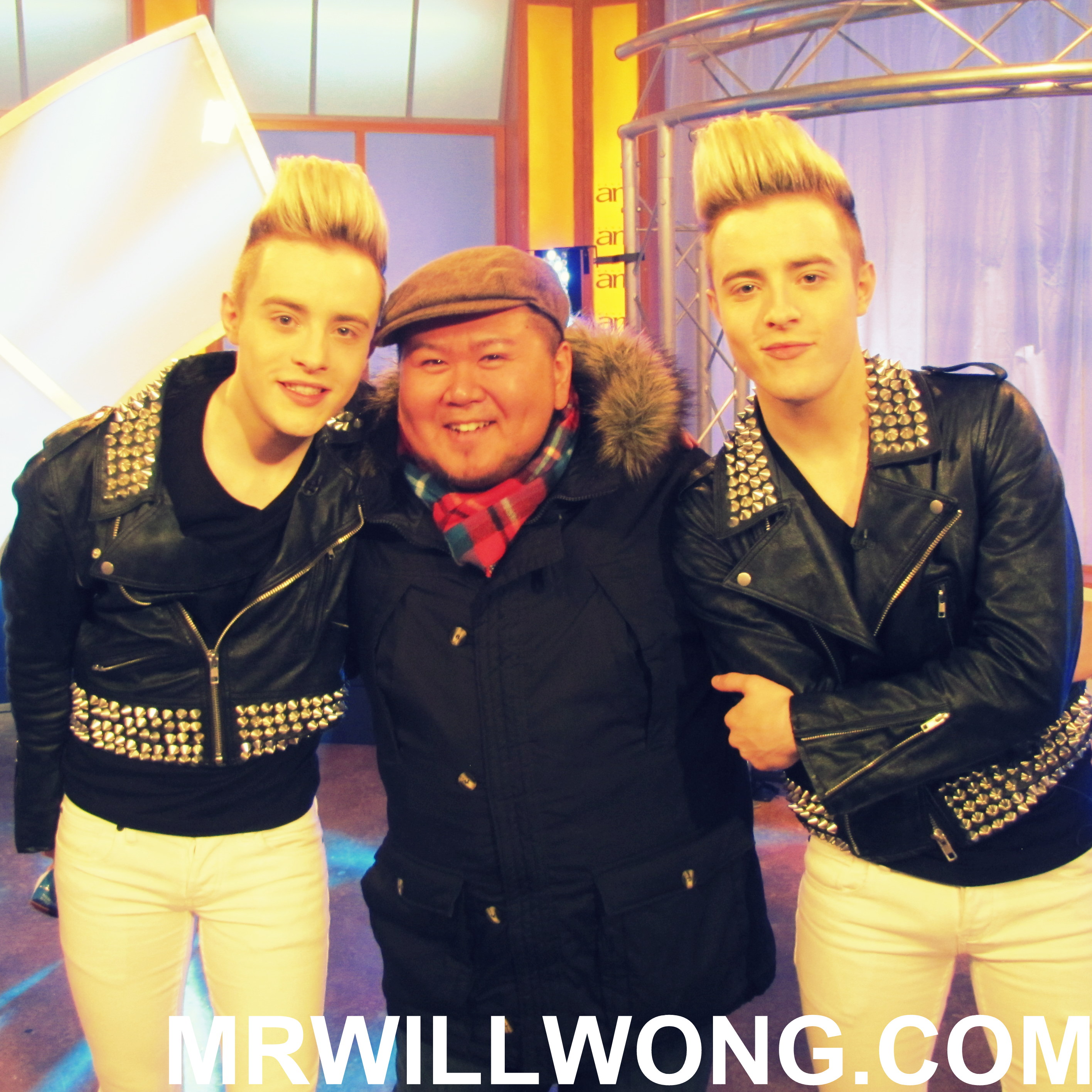 Jedward‘s Disc Young Love is now available on iTunes Canada. Get it.