#BOXOFFICE: “THE HOBBIT: THE DESOLATION OF SMAUG” DESTROYS COMPETITION

It was a desolation indeed at the Box Office as The Hobbit: The Desolation of Smaug obliterated the Competition in its debut for Warner Bros.! Bringing-in $73.6 million from 3,903 theatres, the second instalment in The Hobbit Trilogy debuted below its Predecessor, which opened last December with $84 million. Critics respected it, giving it a decent 74% on Rotten Tomatoes‘ Tomatometer and it garnered an A- CinemaScore from Audiences.  This makes the Film the fourth-highest December opening of all time – the Record of course was set by the first in the Trilogy.

In its fourth week out, Disney’s Frozen still is  solid in second with $22.8 million, gaining lots of word-of-mouth in a time when there are few Family options in theatres. In its run, it has grossed $166 million already.

Although other Films in its Franchise have fared better, Tyler Perry’s A Madea Christmas debuts in third with $16 million from 2,194 theatres for Lionsgate Films/eOne Films. The highest debut in the Madea Series of Films still is 2009’s Tyler Perry’s Madea Goes to Jail which opened with $41 million.  The Audience gave it an A- CinemaScore despite a 20% from Critics on the Tomatometer.

The Hunger Games: Catching Fire certainly hasn’t been forgotten, in fourth spot with $14 million for Lionsgate Films/eOne Films. To date it has earned $357  million domestically in its Run.

In a distant fifth is Thor: The Dark World with $3 million for Disney/Marvel. It is about to surpass the $200-million mark in North America in this its sixth week.

Philomena may have received a bit of a boost with Judi Dench getting a Best Actress in a Drama nod at the Golden Globe Nominations this week, in eighth spot with $1 million from only 835 theatres.

Bubbling-under are America Hustle, which opens wide next week, earning a healthy $690k from only six theatres as a Sneak Preview, and fellow Oscar Contender Saving Mr. Banks earned $421k from only 15 theatres.

#BOXOFFICE: “FROZEN” FREEZES THE “FIRE” AT THE BOX OFFICE

After settling for second spot last weekend, Disney‘s Oscar-buzzed Animated Feature, Frozen advances to the top of the Box Office this chilly weekend with $31.6 million from 3,742 theatres across North America.  After debuting in second last week the Film voiced by Kristen Bell and Idina Menzel initially was behind The Hunger Games: Catching Fire at the start of the weekend, but Moviegoing traffic from Families drove its numbers up Saturday and Sunday.  In two weeks, it has grossed $134 million.

After two record-setting weeks on-top, The Hunger Games: Catching Fire slips to second spot this weekend with $27 million from 4,163 theatres.  In three weeks, it has earned over $336 million for eOne Films and Lionsgate Films.

Opening on a less-than-ideal weekend, Christian Bale‘s latest Drama, Out of the Furnace debuts in third spot with $5.3 million for Open Road Films and VVS Films. Audiences gave the violence-driven Film an C+ CinemaScore, while Critics were about on-par with a 55% tallied on the Tomatometer.

Thor: The Dark World still continues to go well in fourth with $4.7 million, now in its fifth week in theatres. It is nearing-in on the $200 mark and likely will surpass that shortly for Disney.  This places it ahead of fifth-place finisher Delivery Man also from Disney, with $3.8 million.

A big weekend ahead is expected for Warner Bros. as they release their  Blockbuster The Hobbit: The Desolation of Smaug next weekend.

The flame keeps burning this weekend at the Box Office as The Hunger Games: Catching Fire continues to show no mercy to its competition with an unbelievable $74.5 million in its second week of release.  Already, the November record-setting Blockbuster Sequel from Lionsgate Films/eOne Films has surpassed the $300-million mark and it also sets a new U.S. Thanksgiving five-day record with $110.2 million grossed between Thursday through Sunday, eclipsing the $85-million record set previously by 2001’s Harry Potter and the Sorcerer’s Stone. Globally it has made over $573 million already.

Adding ice to the fire is a stellar debut from Disney‘s Frozen, which opens in second with $63.8 million from 3,742 theatres. The Animated-Feature voiced by Kristen Bell and Idina Menzel has garnered great reviews, tallying 86% on the Tomatometer at Rotten Tomatoes and Audiences gave it an emphatic A+ CinemaScore.

Thor: The Dark World continues to go strong in its third week out with $15.5 million, a distant third for Disney.  The second Film in the Thor Franchise has just surpassed the $185-million mark domestically.

The Best Man Holiday continues to exceed expectations in fourth with $8.5 million. To date it has grossed $63 million in North America for Universal Pictures.

Homefront, an Action-Thriller based on the Novel by Chuck Logan  starring James Franco and Jason Statham, opens modestly in sixth with $6.9 million for VVS Films and Open Road Films.  Despite getting panned by Critics with a 35% rating on the Tomatometer, Audiences enjoyed it, giving it a B CinemaScore.

Black Nativity debuts in eighth surprisingly with $4 million for Fox Searchlight.  Critics gave it mixed reviews with 54% on the Tomatometer. Audiences gave the Film based on the off-Broadway Musical a much better A- CinemaScore.

Oscar Contender Philomena also pops-up in ninth with $3.8 million for The Weinstein Co./eOne Films.   Just in September, it received a Premiere at TIFF ’13. The fact-based Drama starring Judi Dench and Steve Coogan about a Mother looking to find the Son whom she was forced to give-up for adoption, received an incredible 91% rating on the Tomatometer. 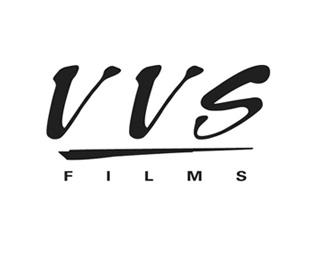