In 2006, the landscape of Canadian cinema forever would be changed by the groundbreaking Bon Cop Bad Cop.  The Eric Canuel Cop-Dramedy combined refreshingly both Anglophone and Francophone sensibilities. It starred Colm Feore and Patrick Huard as an Ontarian and a Québecois officer who joined forces – reluctantly – to solve a murder.  Audiences responded ecstatically, setting a Box Office record for highest-grossing Canadian Film of all time with earnings of $12.6 million.

Many years have passed and the cry for more has been answered. In theatres this Friday, Bon Cop Bad Cop 2 directed by Alain Desrochers, is being fêted with a whirlwind cross-Canada tour with special screenings featuring its two leading men. It already has made stops in Moncton, Vancouver and Winnipeg, with one final stop tomorrow night in Ottawa.

Eleanor McMahon, Ontario’s Minister of Tourism even made an appearance posing with Huard and Feore.

While real-life couple Jean and Huard had the chance to contribute to the Film together, the former supervising music for the Film, Feore‘s family showed-up in full force to support the veteran Stratford thespian. He even gave the house Photographer some pointers on getting the best shot! 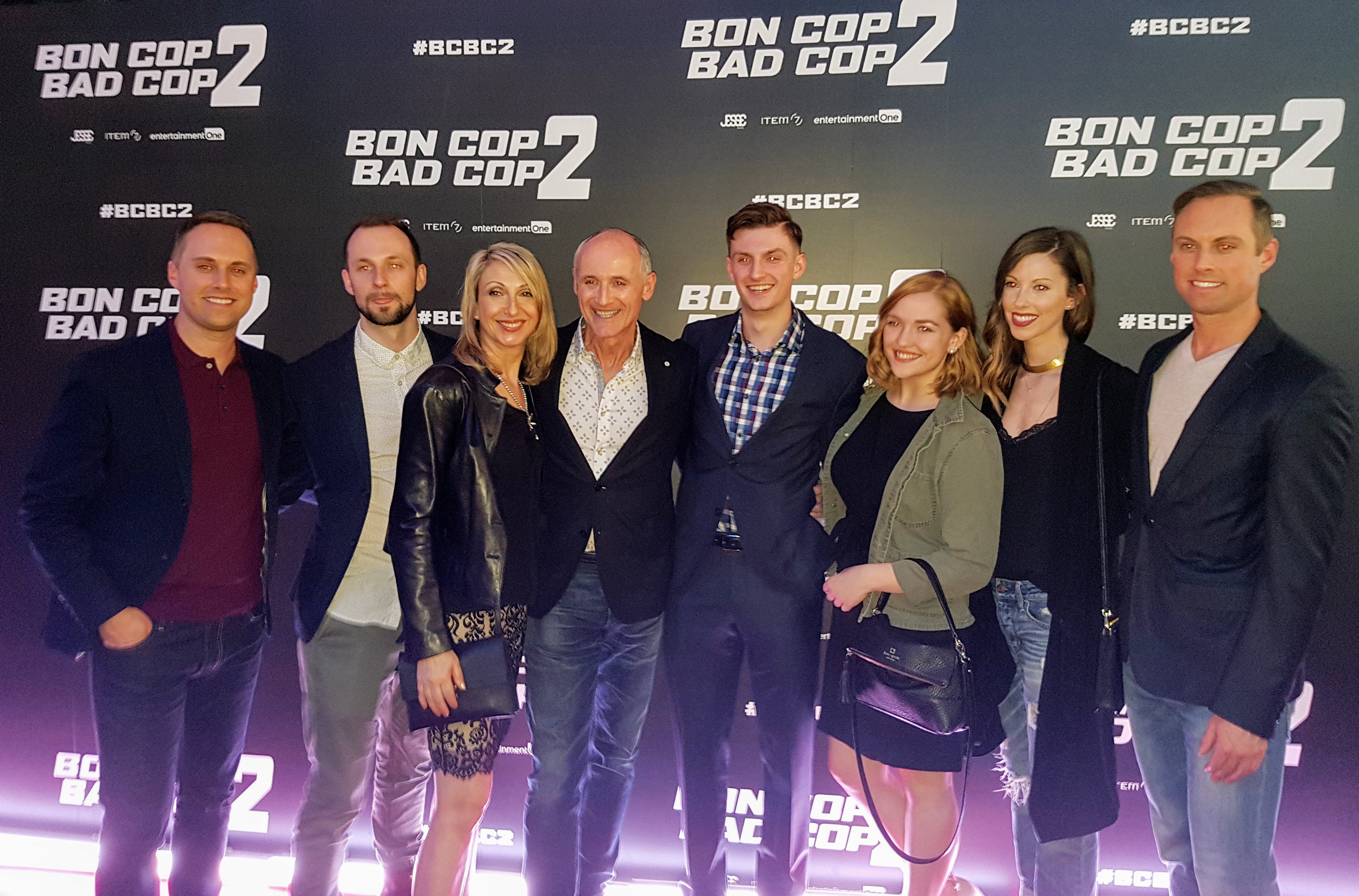 Eight years have passed since Martin Ward (Feore) and David Bouchard (Huard) met in a spectacular way on the Quebec/Ontario border. The two men have remained friends, but time takes its toll and they have not spoken in almost a year. In this second chapter, Ward and Bouchard must face an important car theft ring that turns out to be a lot more than they bargained for. Enemies will prove to be the ones we did not expect and Ward and Bouchard will discover that life goes on and lots of things change, while some just… remain the same.

Some Snaps of the festivities below! Hover cursor over left and right of album to navigate slideshow:

A clip of Feore and Huard: