BIRDS OF PREY AND THE FANTABULOUS EMANCIPATION OF ONE HARLEY QUINN in its debut with $33 million from 4,236 theatres for Warner Bros. It gets 82% on the Tomatometer and a B+ CinemaScore. Despite all its success, it is said that this Film made for $84.5 million is falling short of expectations, with projections ranging from $50 million+ opening weekend.

In second is three-week champ BAD BOYS FOR LIFE with $10.3 million, tallying at $154.3 million domestically for Sony Pictures.

1917 lands third with $8 million still riding off the high of its Oscars buzz, a total $123.5 grossed in North America for Universal Pictures.

DOLITTLE gets $5.9 million in fourth, a run of $57 million for Universal Pictures.

LITTLE WOMEN rounds things out with $1.8 million for Sony Pictures.

BAD BOYS FOR LIFE takes the top of the Box Office a third straight week, taking $17.7 million from 3,705 theatres for Sony Pictures. This brings its run to $147.8 million domestically.

DOLITTLE lands in fourth with $8.2 million from 3,749 theaters for Universal Pictures, a total $55.2 million in three weeks.

GRETEL & HANSEL debuts in fifth with $6.1 million from 3,007 theatres for United Artists Releasing. The Film gets 56% on the Tomatometer, with a C- CinemaScore.

THE RHYTHM SECTION debuts in eighth with $3.1 million from 3,049 theaters for Paramount Pictures, garnering 30% on the Tomatometer. It gets a C+ on CinemaScore.

THE TURNING rounds-out the Top Ten with $2.8 million from 2,571 theaters for Universal Pictures.

#BOXOFFICE: “BAD BOYS” TOO GOOD ONCE AGAIN FOR OPPOSITION

For a second straight week, BAD BOYS FOR LIFE is proving to be an exceedingly smart move from Sony Pictures, taking $28 million from 3,775 theatres. This brings its two week run to $111.6 million already domestically.

In second is Best Picture Contender 1917 with $14 million from 3,937 theatres for Universal Pictures, taking its tally to $102.1 million, its third weekend in wide release.

THE GENTLEMEN from Director/Writer Guy Ritchie debuts in third with $10.8 million for STX Entertainment/VVS Films. It gets 72% on the Tomatometer.

Landing in fourth spot is DOLITTLE with $9.8 million from 4,155 theatres for Universal Pictures, a total $41.9 million over two weeks in North America.

THE TURNING debuts in fifth with $6.2 million from 2,500 theatres for Universal Pictures. The Horror starring Mackenzie Davis, Brookylnn Prince and Finn Wolfhard gets 13% on the Tomatometer.

KNIVES OUT rounds-out the Top Ten with $3 million from 1,667 theatres for Mongrel Media/Lionsgate Films.

1917 Bad Boys Dolittle Knives Out The Gentlemen The Turning

BAD BOYS FOR LIFE behaves very well, taking top spot at the Box Office with $59.3 million from 3,775 theatres for Sony Pictures. The third Film in the Franchise reuniting Martin Lawrence and Will Smith, comes almost 25 years after the first which surfaced in 1995, garnering positive reviews with 75% on the Tomatometer and an A CinemaScore from Audiences.

DOLITTLE debuts in second spot with $23 million from 4,155 theatres for Universal Pictures. Based on Hugh Lofting‘s Novels, this Adaptation was made for $175 million. The Film starring Robert Downey Jr. gets 19% on the Tomatometer from Critics and a B CinemaScore.

1917 lands in third after its #1 last weekend, with $22.3 million for Universal Pictures. This brings it to four week run of $81.9 million domestically.

LITTLE WOMEN is in seventh with $6,4 million from 2,503 theatres for Sony Pictures, continuing to benefit from its Oscar buzz.  This brings its run to $84.9 million in North America. 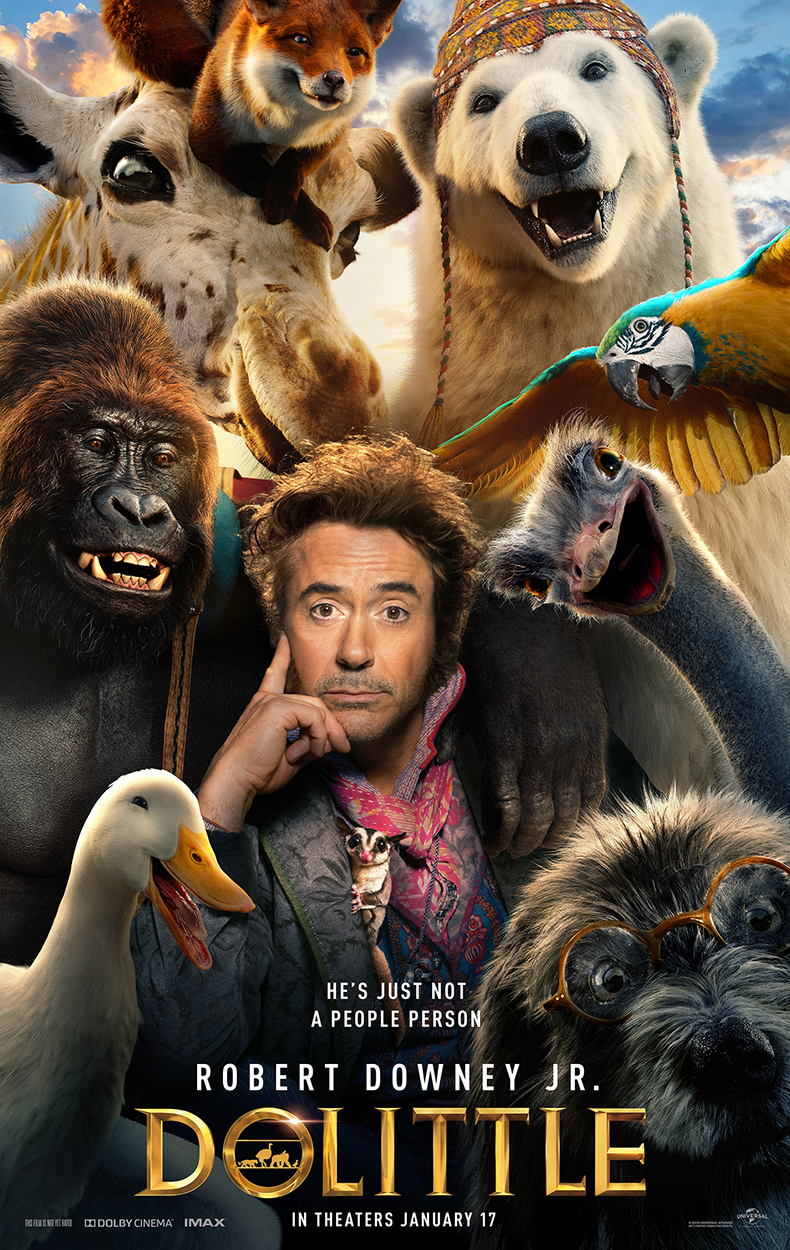