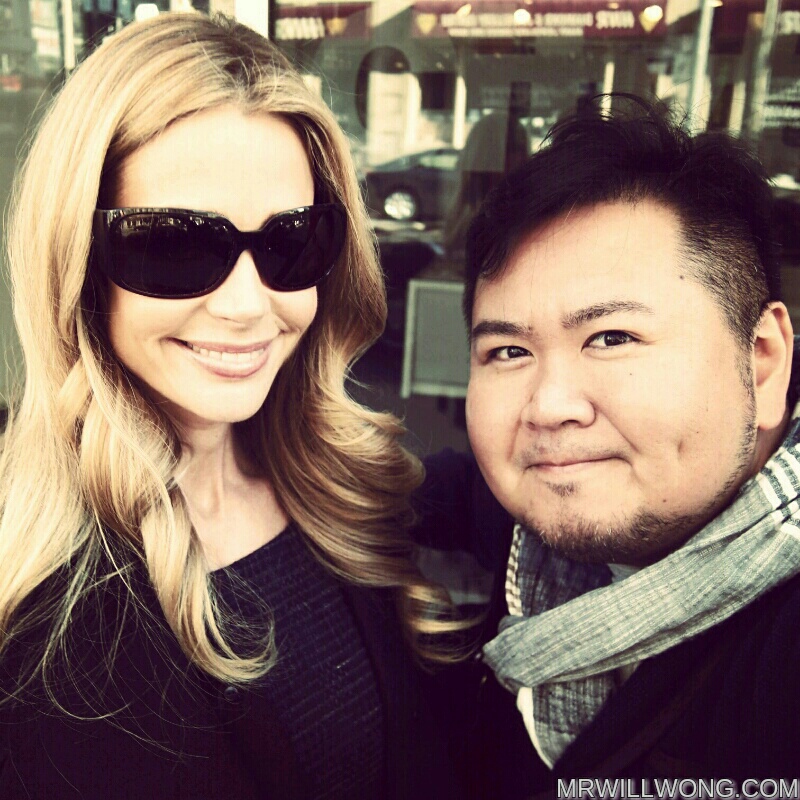 Although she only came to Toronto only a couple months back, stunning Actress/Model Denise Richards arrived again late last night to promote her Line of Hair Care Products, Volume Extend from Christophe.  The Line, which is available in Canada via The Shopping Channel, can be purchased online also here.

Richards is here for a couple days and immediately upon arriving, was taken aback by a certain Toronto Hotel’s Alcoholic Milkshakes, Tweeting a Photo of their Menu late last night! Earlier this morning she spent over three hours at CityTV, appearing on multiple feeds of Breakfast Television across the Country live via Satellite and if she got a lack of sleep at all last night, nobody knew as she looked perfect.

After starring alongside Eugene Levy and Tyler Perry earlier this year in Madea’s Witness Protection (yup, I saw it!), Richards also appeared recently on Ex-Husband Charlie Sheen‘s new Series Anger Management and next can be seen in Television Movie, Socio which she will film shortly.

After telling her it was my Birthday today, Richards was amazing enough to stop for a quick Snap and wrote me a Birthday Greeting (below).  There was no trace of Diva at all as she was super-nice to Photographers, giving them a quick “hello!”, after waiting patiently for her for hours.