Touted as the first gangster movie directed by a woman in 40 years, BEEBA BOYS, from acclaimed, Oscar-nominated Deepa Metha, mixes guns, bhangra beats, cocaine, interracial romance and traditional family values with brutal violence and culture clashes. Set in Vancouver, it tells the story of Indo-Canadian, Jeet Johar (played by Bollywood star Randeep Hooda) and his gang of foul-mouth, outrageously-flashy and colourfully-dressed frat boyish friends who want to take over the drug and arms scene. At face value, other than the intense Jeet, they could be mistaken for a motley crew of misfits, but no one should ever cross their way.

While in prison waiting to be acquitted for murder, Jeet meets Nep (a multi-layered performance from Toronto based actor Ali Momen) and asks him to join his gang as they plot to take over the turf of a respected old school businessman. At his murder trial, Jeet cruises and ultimately winds up with a pretty Polish manicurist. To have a white, preferably blonde, girlfriend gives male Indo-Canadian gangsters status; just another trophy and possession as important as the latest BMW or Rolex.

Metha’s mastery with the camera and exquisite eye for detail is all there to see on screen. Sadly, BEEBA BOYS fails to make the mark on many levels due to a script lacking originality. The screenplay is unable to make it out the shadows of SCARFACE, the F-Bombs and pop culture chats between the gangsters echo PULP FICTION.  There is a plot twist near the end, so ridiculously contrived, it elicits groans from this audience member. Despite a brilliant cameo performance from a manbunned Paul Gross and a stellar job by Ali Momen, BEEBA BOYS regretfully is not Deepa Metha’s finest moment.

#TIFF13: ENTER TO WIN ACCESS TO THE BIRKS DIAMOND TRIBUTE TO THE YEAR’S WOMEN IN FILM

Mr. Will Wong, Telefilm Canada and Touchwood PR want to give Readers a taste of the Red Carpet Experience at one of the most important Events to fall during TIFF ’13, the Birks Diamond Tribute to the Year’s Women in Film. The ultra-exclusive Event honours Ten Women in Canadian Film including Actors and Directors. Among those being honoured are the likes of Sarah Polley, Sarah Gadon, Deepa Mehta, Jessica Paré, Allison Pill, Geneviève Bujold and more!

When: September 11, 2013 at 4:00 PM
Where: Toronto Birks Store (55 Bloor Street W. – Manulife Centre)
There  will be a FanZone set-up for Fans to get up close and person with the Stars!  There will be several in attendance in addition to this year’s Honourees.

http://www.mrwillwong.com/birks @MRWILLW wants us to #win access to the @MAISONBIRKS Diamond Tribute to the Year’s Women in Film on 9/11/13! 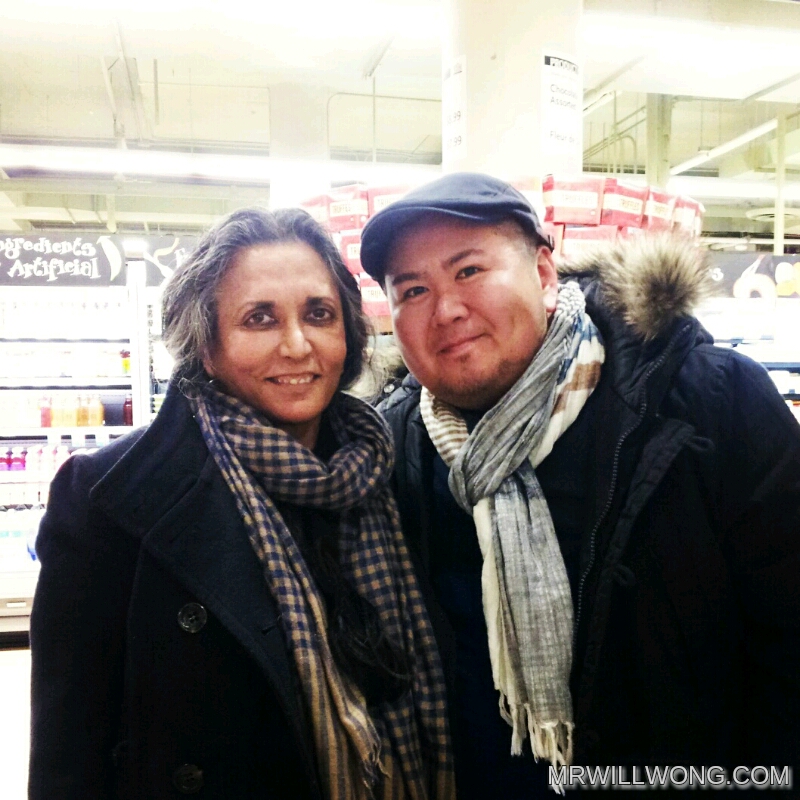 Only in Toronto would something like this happen!  Iconic Indo-Canadian Director Deepa Mehta was spotted earlier today of all places doing Groceries with her Husband Producer David Hamilton, at Whole Foods in Yorkville.  As I was grinding my Coffee Beans away, I looked-over to see the Toronto Native browsing some Treats and she was more than sweet herself to stop and snap a Photo together.

Mehta, best-known for her Elements Trilogy: Fire, Earth and Water, just made a splash at TIFF 2012 with her latest Film, Midnight’s Children – currently playing in Toronto at Varsity Cinemas.  “How could you not have seen it yet?”, she asks me teasingly.  I promise soon, Deepa!