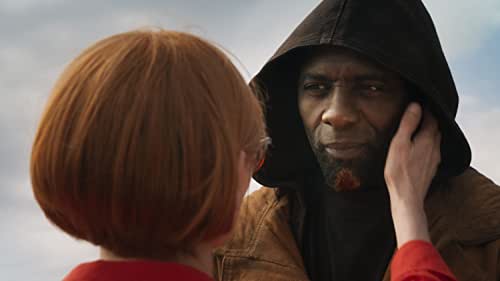 Adam (Tawfeek Barhom) has a close-knit bond with his family and community in his fishing village in Egypt. Everyone is happy for him when he gets the opportunity to ultimate privilege to study at the Al-Azhar University in Cairo, the epicentre of power of Sunni Islam. However, near the start of his education, the highest-ranking Religious Leader dies. Following his death, an informant for the Government is murdered on campus. Soon, Adam is brought in as a new informant and is at the centre of the religious and political elite.

Boy From Heaven is a tense thriller about the separation between religion and politics. We are thrust into this world where the Government is attempting to get a new religious leader who will be in their back pockets. Writer-Director Tarik Saleh does a great job of opening up this world for us. We understand the world and stakes. Additionally, he breaks down the lust for power the Government desires and the corrupt lengths they will go to get it.

The conflict throughout is immense. We have the societal aspect of it, where the country is wondering who will be their next religious leader. We have the Government attempting to gain control of their head of religion. We have those within the religion trying the best they can to expose the Government. And we have Adam, a young man who is forced to be an informant. The immense layers of conflict make for a riveting thriller.

What makes us invested in this story isn’t solely the conflict, but this young man we follow. We are invested in Adam from the beginning. He’s an innocent that has unfortunate luck and gets himself caught up in this spider’s web. Adam is an intelligent young man that has the ability to manipulate others into believing his deception. Additionally, he is a young man who is scared and desperately wants out of his situation. It’s a powerful performance from Barhom who is captivating throughout.

Boy From Heaven screens at Cannes ’22:

Fri, May 20 at 4 PM at GRAND THÉÂTRE LUMIÈRE