No rest for the former Wicked cast! International superstar Adam Lambert finally has a gap in his busy schedule amidst his The Original High Tour to proceed his long-awaited work on FOX‘s Rocky Horror Picture Show. He stars as Eddie in the production, which wraps later this month in Toronto!

Although these pictures don’t do it any justice, a silver-maned Lambert was nice off v. little rest last night, stopping to chat with Fans and sign autographs. He declined the Selfie but we’ve met him on prior visits for the MuchMusic Video Awards and his Trespassing disc and he was v. nice!

On going without rest Lambert said, “Thank God I don’t have to sing!”, referring the vocals for his part having been recorded in advance for Rocky Horror. 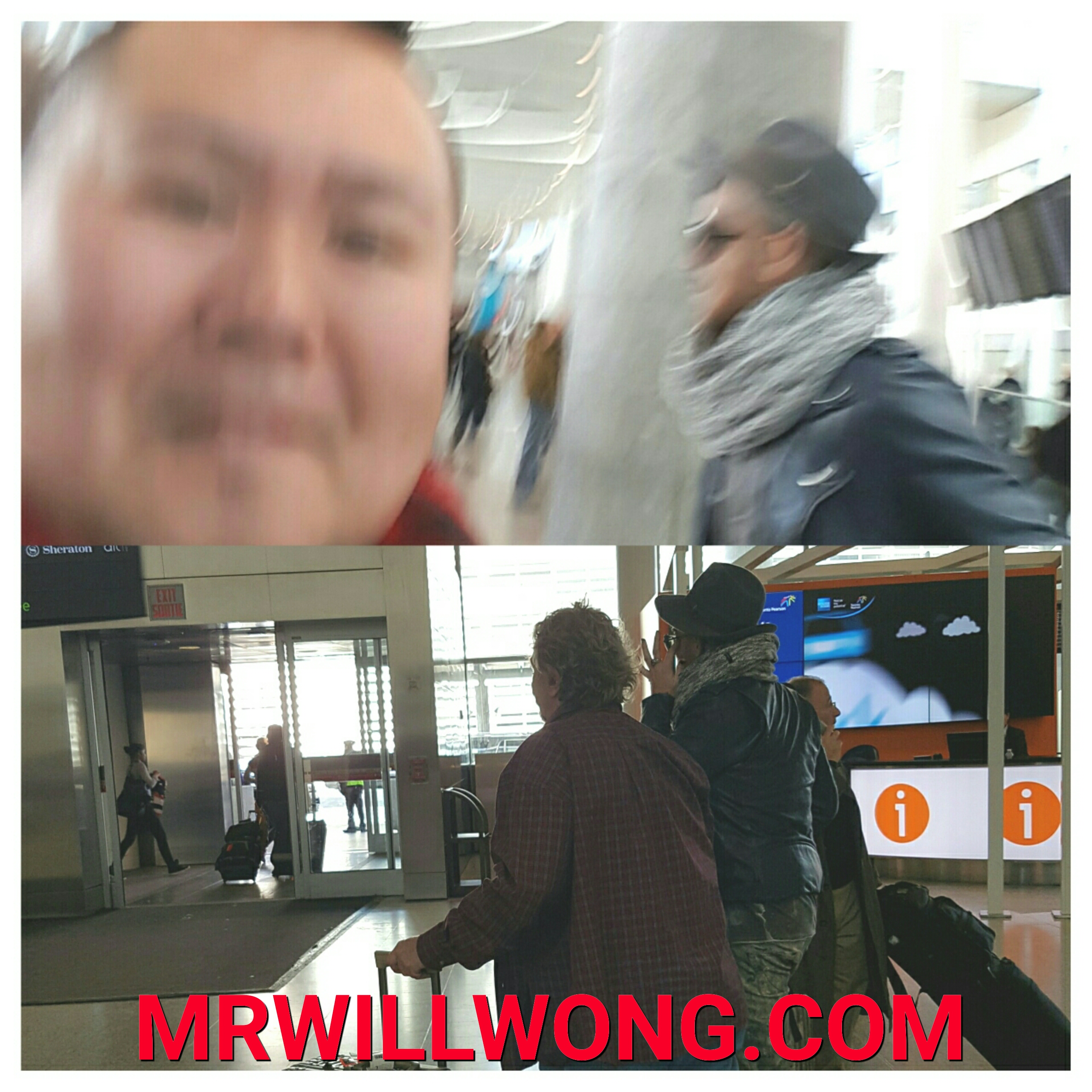 Filming officially has begun on FOX‘s ROCKY HORROR PICTURE SHOW in Toronto after weeks of intensive rehearsals!  Just added to the Cast this week is Interscope/Cherrytree Records Recording Artist Ivy Levan. The big-voiced Actress/Model/Singer-Songwriter will play the role of Usherette and will be in and out of the City after a couple 12+ hour days scheduled in-studio.

Levan released her studio debut No Good last Summer and she has spent the past couple years touring in support of the likes of Emili Sandè. She also has done an admirable job showing her support for the LGBT community!  She also is a very good friend of Rocky Horror Co-Star Adam Lambert, who is due in the City next month.

Levan was really sweet, stopping for Photos and Autographs for her Fans, some who waited four years to see her finally!

Check out the stunning video for her single BISCUIT:

#SPOTTED: MORE STARS IN TORONTO FOR THE 2015 MUCHMUSIC VIDEO AWARDS

The City continues to be electrified by starpower and starpower alone this 2015 MuchMusic Video Awards weekend as Stars were spotted both arriving and out and about.  Arriving earlier today were this year’s Host, Ed Sheeran, flying-in on a private flight just in the nick of time to do some last minute rehearsals. He would at the Gala go on to win MOST BUZZWORTHY INTERNATIONAL ARTIST OR GROUP during the Broadcast. Megastars Adam Lambert and Nick Jonas, here to present and  perform respectively, arrived quietly and handsomely also earlier with little fanfare, before facing Fans tonight on the Queen Street Red Carpet outside Bell Media Headquarters.

We spotted several stars today and were extremely happy to find up-and-coming Band ECHOSMITH whom after playing  a show in Virginia last night, made their way early today after some delays. Consisting of siblings Jamie, Noah, Graham and Sydney Sierota, the Band quickly has won my heart with great tunes like Cool Kids and Bright, which have filled our airwaves in recent months.  I am expecting big things of this Quartet, who were all amazingly nice and enthused to be here.

Prior to gracing the Red Carpet, we saw several stars warm-up and greet Fans leaving their Hotel before the Fandemonium kicked into high gear.  Hailee Steinfeld had our fave look in a shimmery cocktail dress, while Bella Thorne was gorgeous in a mesh, lacy red dress – her tousled red curls just flawless.  And of course Supermodel Gigi Hadid would be seen and not forgotten with an asymmetrical pink patent leather jacket with her surname hashtagged across the back, midriff baring in an edgy look fit for a Music Awards show.

But our favourite starspotting today?  Definitely Pete Wentz of Fall Out Boy who was seen walking out and about on Father’s Day carrying his adorable son Saint Laszlo, kind to stop for a quick Snap on the street!

#SPOTTED: QUEEN + ADAM LAMBERT IN TORONTO FOR THE “ONCE IN A LIFETIME TOUR”

300-million-Album-selling British Rock Outfit QUEEN may have been quiet for some time, but in former American Idol Finalist Adam Lambert they appear for now to have found the one Frontman worth of carrying the legacy of their brand established by beloved Freddie Mercury.

Original Members Brian May (Guitars) and Roger Taylor (Drums), combined with some new members including Taylor’s Son Rufus, currently are on tour with Frontman Lambert and stopped-off this weekend in Toronto.  Just earlier this month they played a Show at Air Canada Centre before demand led them to add an additional Show.

The Tour, titled Once in a Lifetime, puts first and foremost a 22+ song Collection of the Band’s greatest Hits.  Although the Tour, which heads to Australia later this year, features Lambert, the Band has expressed a willingness to work with him  on a more permanent basis including recording new material together.

Taylor was spotted out in Yorkville earlier today lunching with his Bodyguard and Daughter Lola Daisy May.  Although his Handler was careful to guard his private time, he was nice enough to make an exception to take one quick Photo after asking me what it was I wanted.  Bandmate May was also in the area, although Fans looking to get close didn’t have as much luck.

Meanwhile, Lambert was spotted at local Gay Bar Woody‘s downing shots last night, a reliable Source tells me. Fans hoping to get a glimpse of the temporary Frontman weren’t so fortunate today as he scooted into his SUV with sunglasses on, although I did manage to get semi-snap through his windshield.  We had the pleasure of meeting him a couple years back. More on that here.