The feedback about Documentary SUPERMENSCH coming out of TIFF ’13 was phenomenal. eOne Films and Mr. Will Wong want you to see it first in theatres, Toronto! The Screening takes place Thursday, June 5, 2014.

n 1991, Mike Myers approached music manager Shep Gordon regarding an Alice Cooper song he wanted to use in his Film Wayne’s World. The two have been close friends ever since and 22 years later, Myers made his directorial debut with the story of Gordon’s legendary life, which includes interviews with Alice Cooper, Michael Douglas, Sylvester Stallone, Anne Murray and Willie Nelson.

Mr. Will and some of the Stars behind SUPERMENSCH: 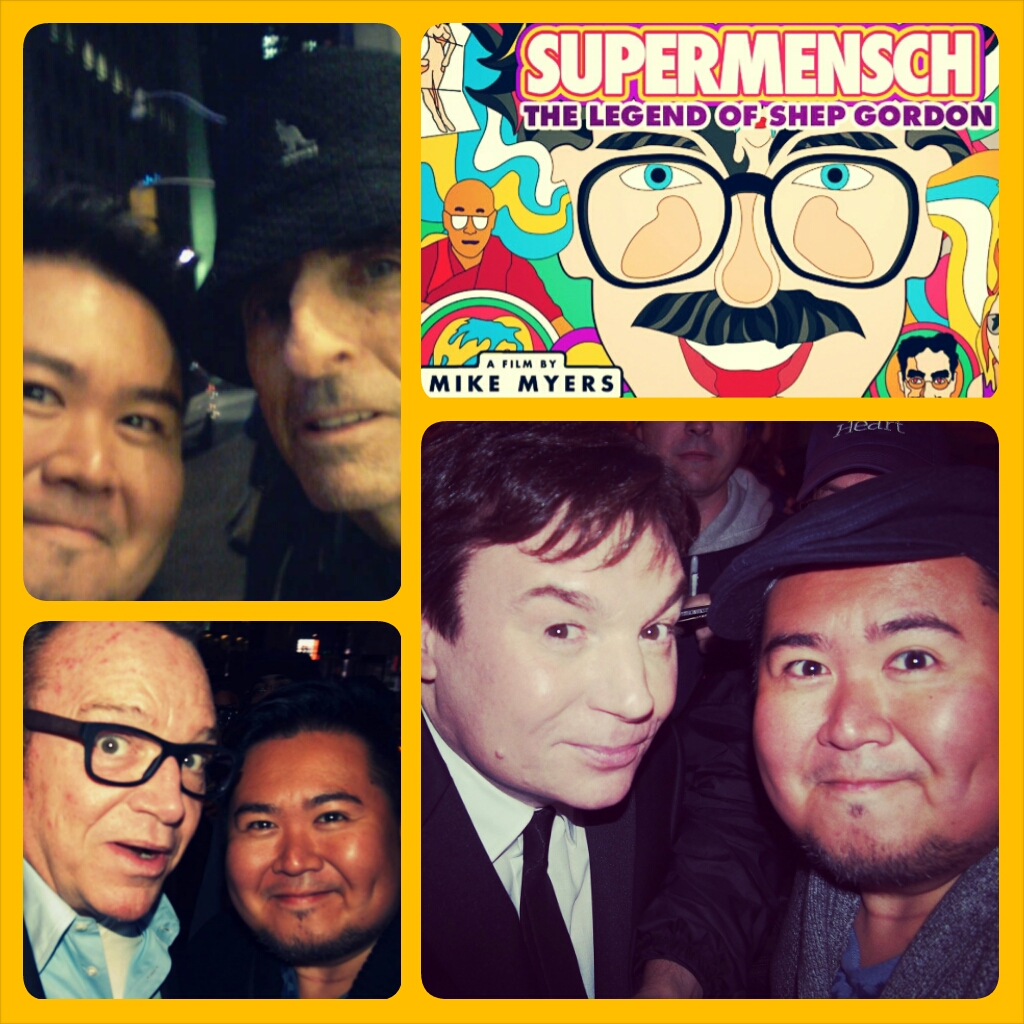