And the Race heats up.  Toronto Mayoral Candidate Doug Ford continues to do the rounds in the City and this morning he stopped off at City‘s Breakfast Television to speak to Dina Pugliese and Kevin Frankish.  Ford made the headlines this week clashing with fellow Candidate John Tory over funding for the $90-million expansion of BMO Field. In his words, “One of the wealthiest Corporations in the World should not be asking the City for $10 million”.

Another highlight in Ford‘s Campaign is his promise to reduce Land Transfer Taxes by 60% and also helping the City save $90 million by outsourcing garbage collection east of Yonge Street.

Ford stopped to stay “hello” and shake hands with Torontonians outside of City‘s Breakfast Television Studio following his appearance. He tells me he loves animals v. much after spotting Billy, telling me his house is full of Pets! 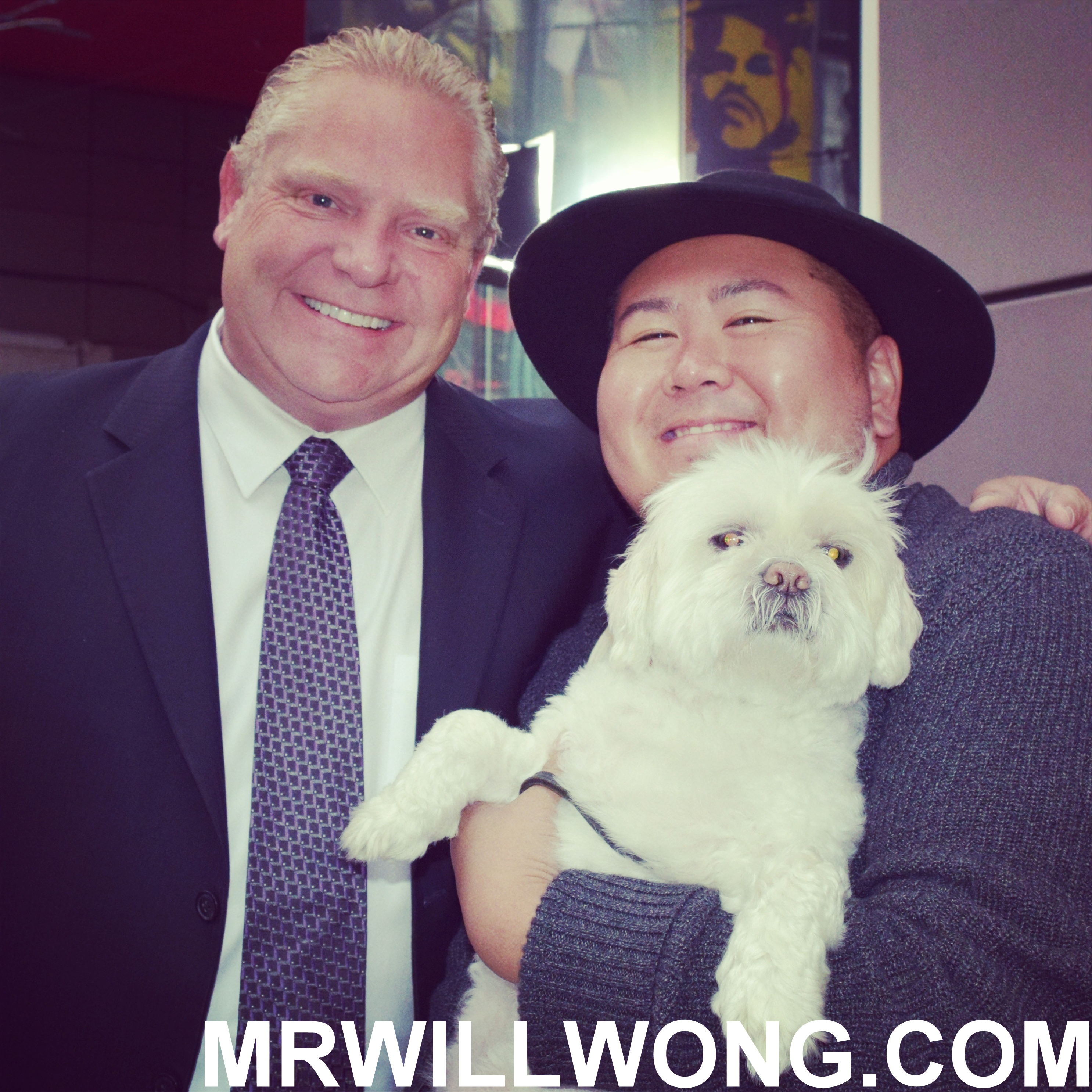