Country Megastar Tim McGraw has descended upon Toronto and the Actor/Singer/Songwriter is here to promote his latest Disc from Universal Music, Two Lanes of Freedom, released on February 5, 2013. The hunky husband of equally-a-Megastar Faith Hill, arrived bright and early at City‘s Breakfast Television to kick-off his day-long Press Tour before returning to Las Vegas for three consecutive weeks of shows at Venetian Theatre in support of the Disc.

Despite being snuck-through a hidden entrance at the Studio as understandably there is madness wherever he goes, McGraw was absolutely amazing to come out and greet his Fans who stood out in the rain for him, braving the freeze.  Donning one of his signature Cowboy Hats and an awesome black Faux Leopard Print Scarf, McGraw certainly is a Man of confidence and style, making his devout Followers (including me!) extremely happy with Autographs and Photos, despite being rushed off to his next appearance over at CP24 Breakfast.

The Album represents a hard-fought Victory to be freed from his Record Label of 20 years, Curb Music, now being signed to U.S. Country Label Big Machine, which also features Taylor Swift on its Roster.  In his massively successful Career, he has sold over 40 million album worldwide. Debuting at number two on the U.S. Billboard Hot 200 Album Chart, Two Lanes of Freedom  has garnered some favourable reviews from the likes of Los Angeles Times, USA Today and Rolling Stone. 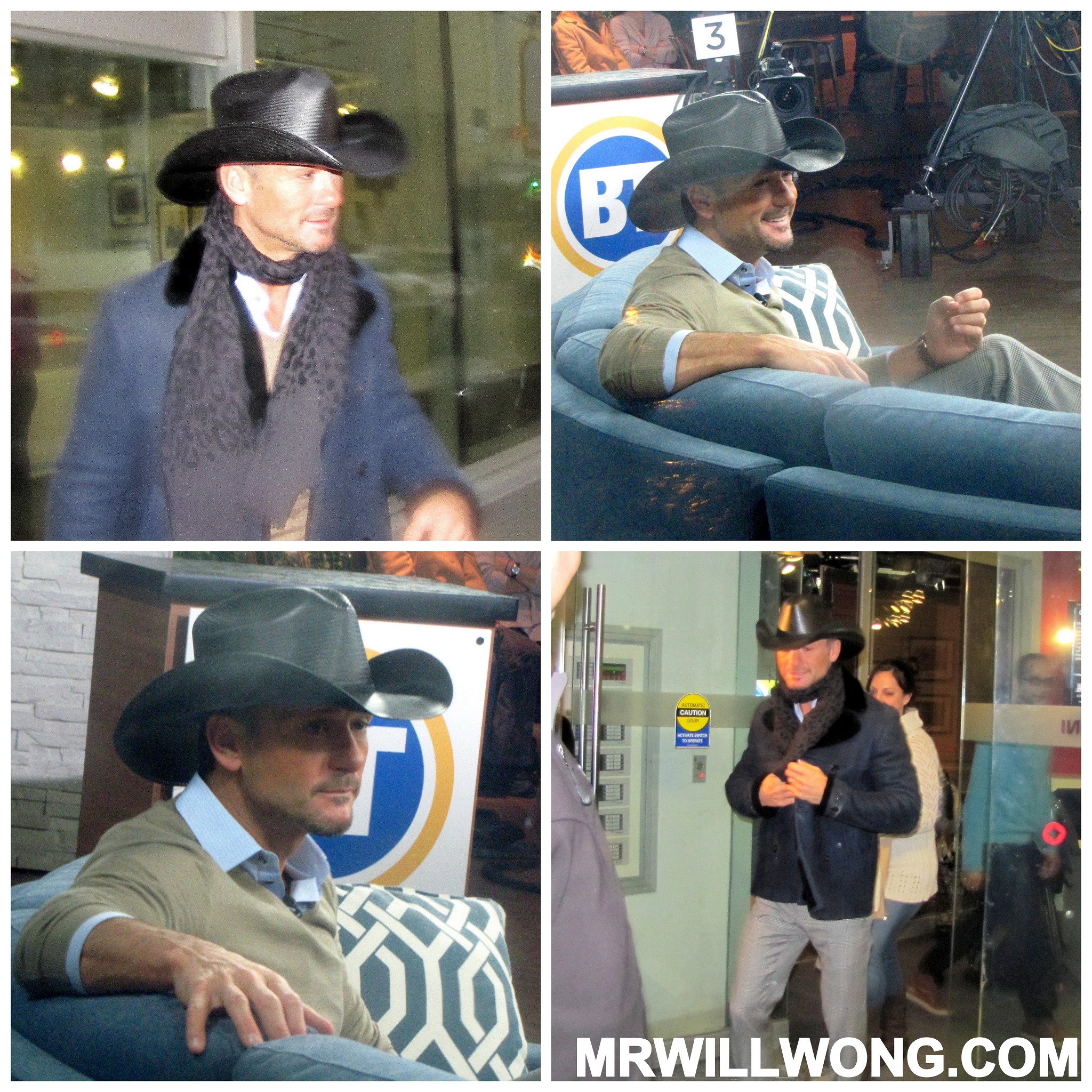 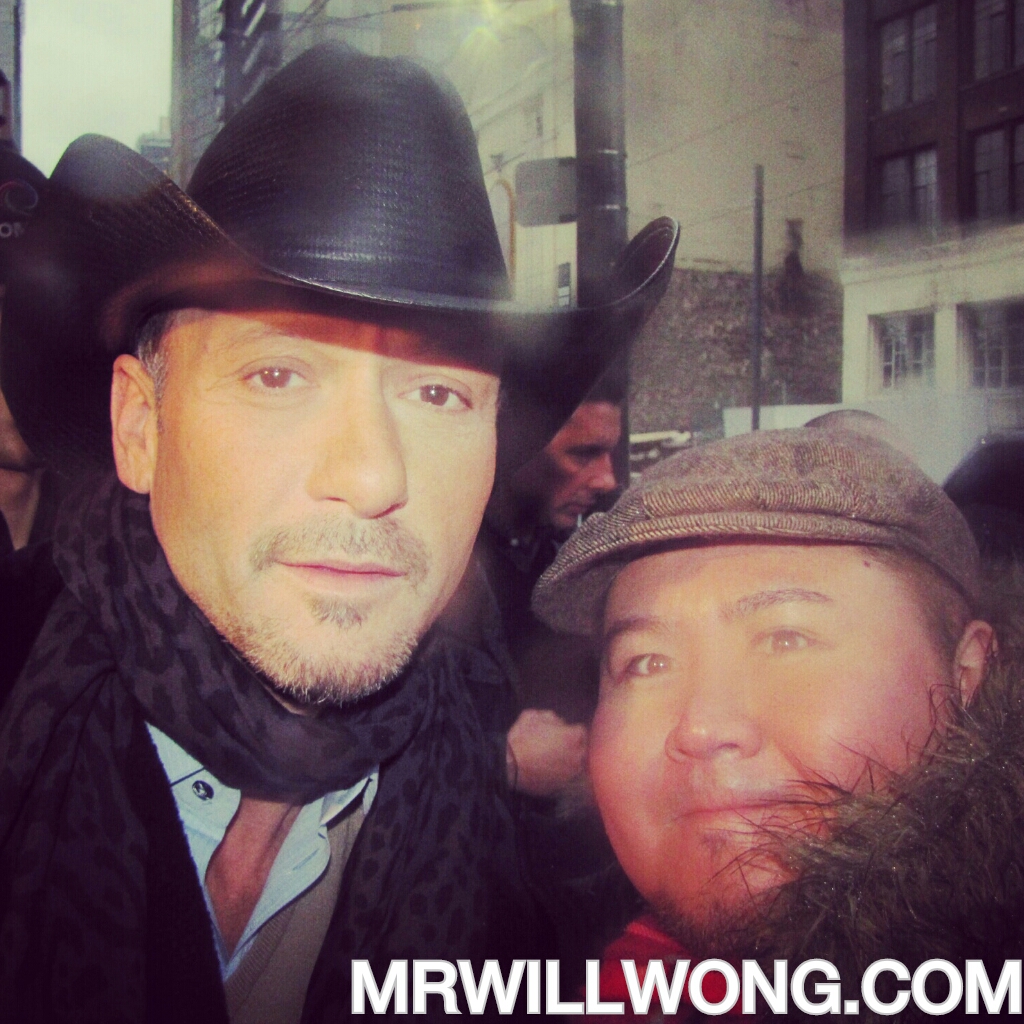 Check-out McGraw‘s latest Single, One of those Nights below:

I always give back and want to give one Reader an authentic signed Photo from McGraw himself.  Simply click “like” on this Post at Mr. Will Wong on Facebook before March 1, 2013 to qualify! All are welcome to enter. You should be following on Twitter!  Good luck. 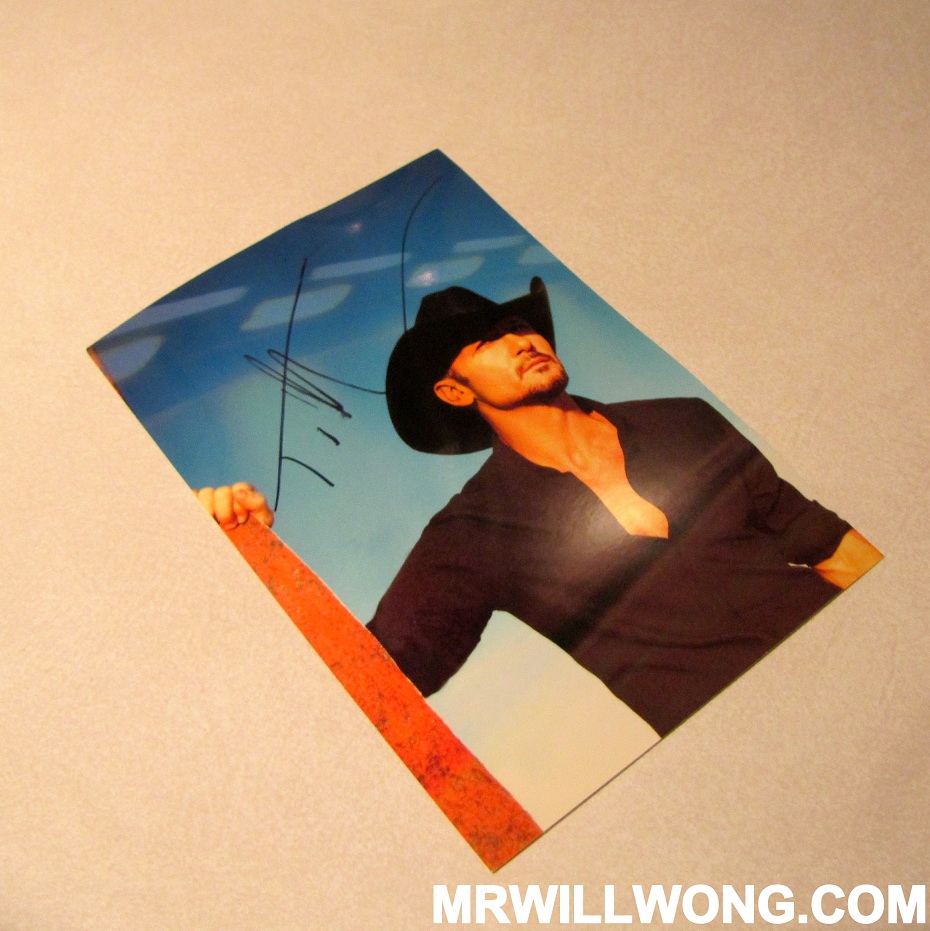