After making our day with his Day of Positivity, the World’s fave sea-dwelling invertebrate SPONGEBOB SQUAREPANTS made a rare appearance in Toronto today.  Looking rather fit on this Promotional Tour, our beloved yellow Friend was all smiles coming to meet me and Contributor Justin Waldman for a hug!  Although he was busy doing the rounds, we were so incredibly lucky to catch-up quickly.  When you are that buff, you really don’t need a winter jacket in this weather as you can see.

See the Trailer for SpongeBob‘s Blockbuster:

Justin, SpongeBob and Mr. Will: 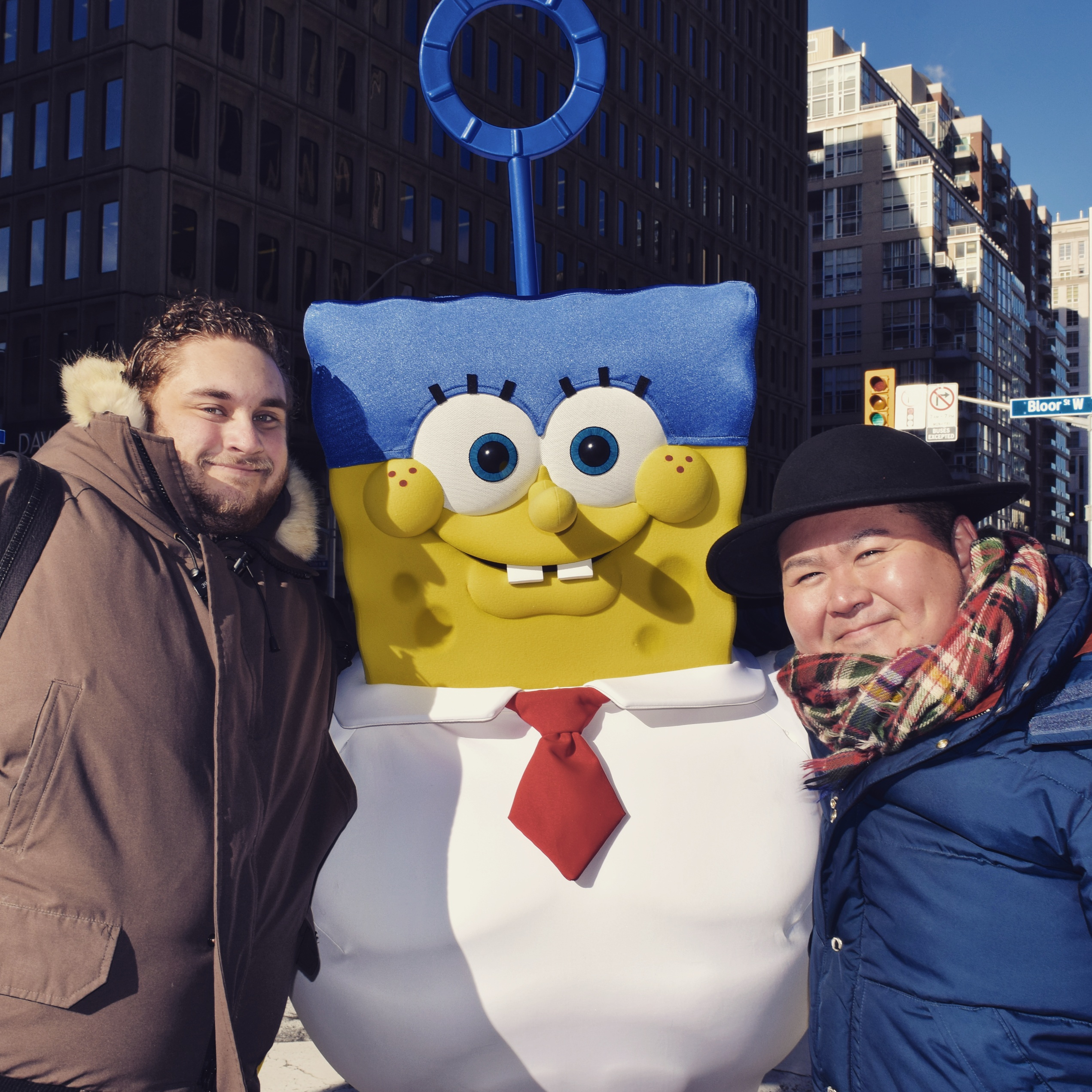 Another Snap with SpongeBob: