#SPOTTED: MOBY IN TORONTO FOR “PORCELAIN: A MEMOIR” 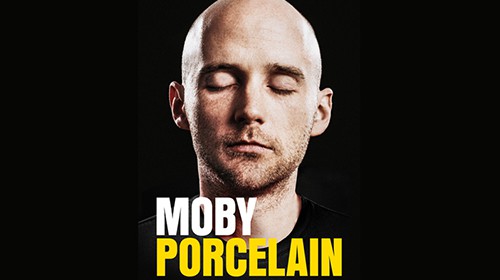 After first surfacing in the late 90s, New York-born Electronic Music icon Moby has gone on to sell over 20 million albums en route to a litany of GRAMMY nominations. In addition to being a musical trailblazer, he has been vocal about animal rights and veganism.

Moby, born Richard Melville Hall, has had a career of longevity and now is in Toronto promoting latest memoir PORCERLAIN: A MEMOIR. After holding a book signing last night at Harbourfront Centre, Moby was out early doing the TV rounds including Breakfast Television and The Morning Show.

We caught-up with the amazingly-nice Moby following an appearance where a fan had multiple CDs and vinyls, to which he signed every single one with an animation. Thoughtful!  His day was made spending time with some model dogs who were promoting Woofstock this weekend. We hear he was in love with a gray Sharpei!

So cool meeting #MOBY. He is in town promoting memoir, #Porcelain.