#SPOTTED: MISS PIGGY IN TORONTO FOR “MUPPETS MOST WANTED”

It was a momentous occasion as Swine Queen – the Diva herself – Miss Piggy visited Toronto in support of her upcoming Blockbuster, MUPPETS MOST WANTED.  In continuation of 2011 Feature The Muppets, this latest Instalment sees the Gang, while on a World Tour, wrapped into a European Jewel Heist, led by Kermit Look-a-Like.

Miss Piggy pulled-out all the stops today on her Press Tour, taking some winning fashion risks in a seductive Animal Print Dress, Pearls, elegant White Gloves and a huge Diamond Ring.   Her cornsilk, flat-ironed hair also was a big hit among the Media!  The Goddess rose early to appear on CP24 Breakfast with Steve Anthony and spent much of the earlier part of her day based out of Bell Media‘s Queen Street Headquarters doing the rounds including CTV‘s eTalk and Canada AM.   She later held a Press Conference out of her ultra-chic Hotel, greeting a litany of Local Media.

Watch Miss Piggy‘s hilarious interview with Anthony, in which he tries not once but twice to get a kiss on the lips from her:

Miss Piggy leaves us with a parting note on why we should see MUPPETS MOST WANTED.  She says, “It’s the only Movie you need to see this year because it’s got everything in it. You don’t need to see any other Movie. It’s got Action, Romance, Comedy and don’t forget about Comedy!”.   Sold.

Ever wonder about the brilliant Puppeteer behind the amazing Miss Piggy?  Meet Eric Jacobson below, responsible also for Fozzie Bear, Sam Eagle and Animal!  We caught a Snap of him New York City-bound as he head-off with a van full of gear for tomorrow’s round of Press which includes visits to The Queen Latifah Show and TODAY with Kathie Lee & Hoda.

Although he was rushed and unable to stop for Photos and Autographs leaving a taping of George Stroumboulopoulous Tonight, his Handlers were apologetic as they had been running behind schedule, just catching his flight in time. He gave a remorseful smile, thanking everyone for understanding.

And if you’re wondering where Miss Piggy is right this moment?  She’s with moi, Wongsters! 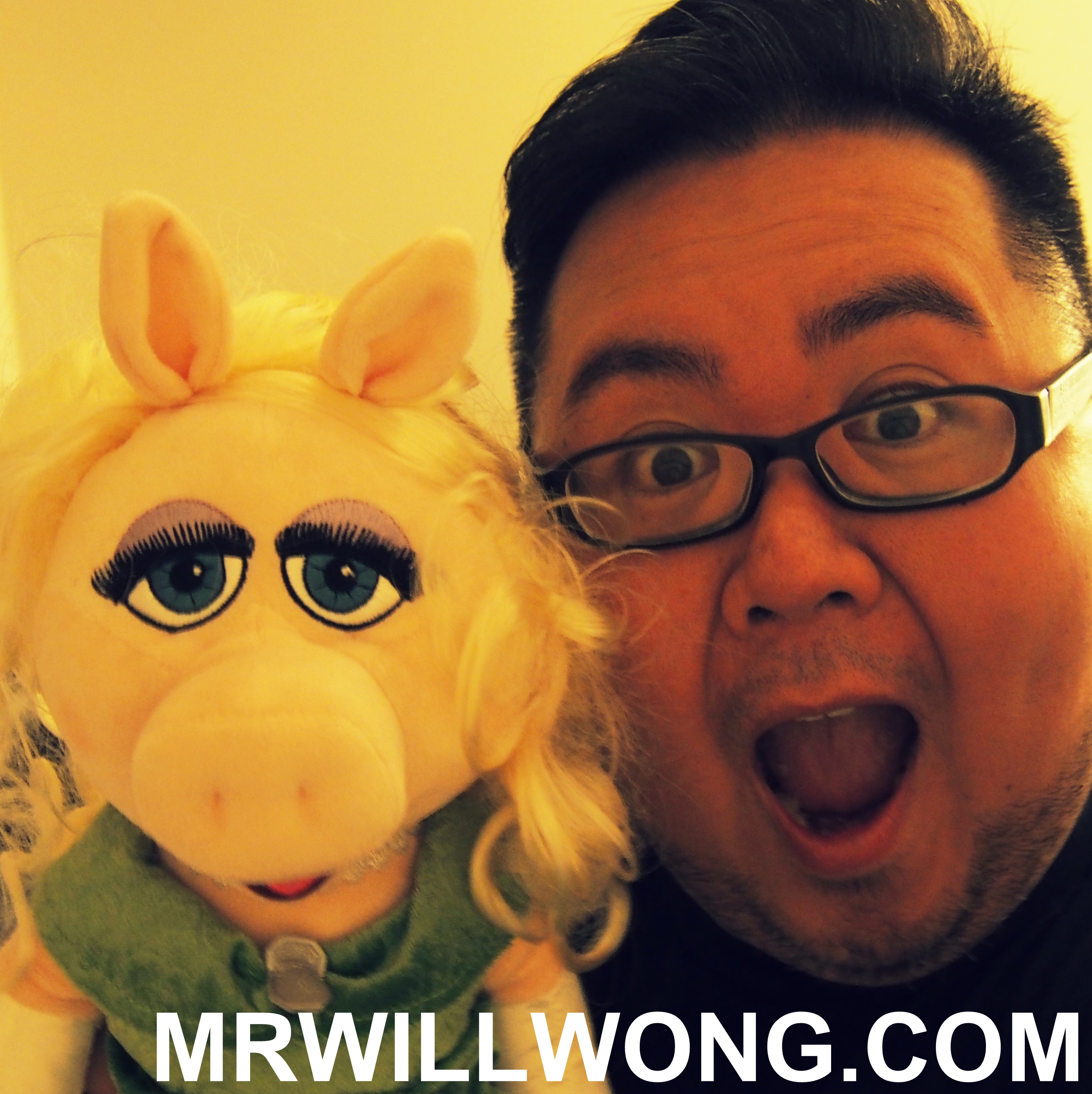