After kicking-off in Vancouver on Valentine’s Day, Multimedia Megastar Miley Cyrus’ fourth self headlining Tour, in support of her 2013 Disc Bangerz, hit Toronto tonight at Air Canada Centre. Selling-out completely, the 21-year-old commanded the Stage Production, best described as sophisticated, colourful, playful Romp, which at once is highly sexually-charged. Outfit upon outfit, Fans were dazzled by her array of Roberto Cavalli-designed Bodysuits, some skimpier than others, before ultimately riding-off a giant Wiener, suspended mid-air.  At one point, Cyrus even spat water on her Fans – met with few complaints, of course!

Cyrus who arrived early Sunday morning with her entourage, mother Tish and Sister Noah, remained low-key for much of her stay. The Star tells her Fans – many daringly-clad with their hair put into buns mimicking their Idol – that she has a special affection for Toronto having lived here four years as a Child. Times certainly have changed and a once precocious young Girl, now back with  the World at the tip of her well-manicured and tattooed finger.

Without making Fans wait too long, the Actress/Songstress zipped through 22 Tracks in two hours, focusing mostly on her number one- selling Disc Bangerz, with a couple familiar hits like Can’t be Tamed and Party in the U.S.A. sprinkled sparsely. Fans went ballistic as she encored her Smash Wrecking Ball and We Can’t Stop. She even surprised those Smilers (as she calls her Fans affectionately), further doing an impromptu Set before them including Covers of Summertime Sadness (Lana Del Rey), The Scientist (Coldplay) and Jolene (Dolly Parton), us witnessing the bright ring of her powerful, resonant vocals.  She had tried to capture the moment on her Phone via a Selfie Video, although the Device ran out of memory, forcing her to delete some files on-stage.

Anybody doubting Cyrus’ Artistry or longevity as an Entertainer beyond her wildly-successful teen past, undoubtedly would have been silenced by her dazzling display tonight.  She is  an exciting Artist who continues to defy the odds and grow regardless what her Naysayers might think. 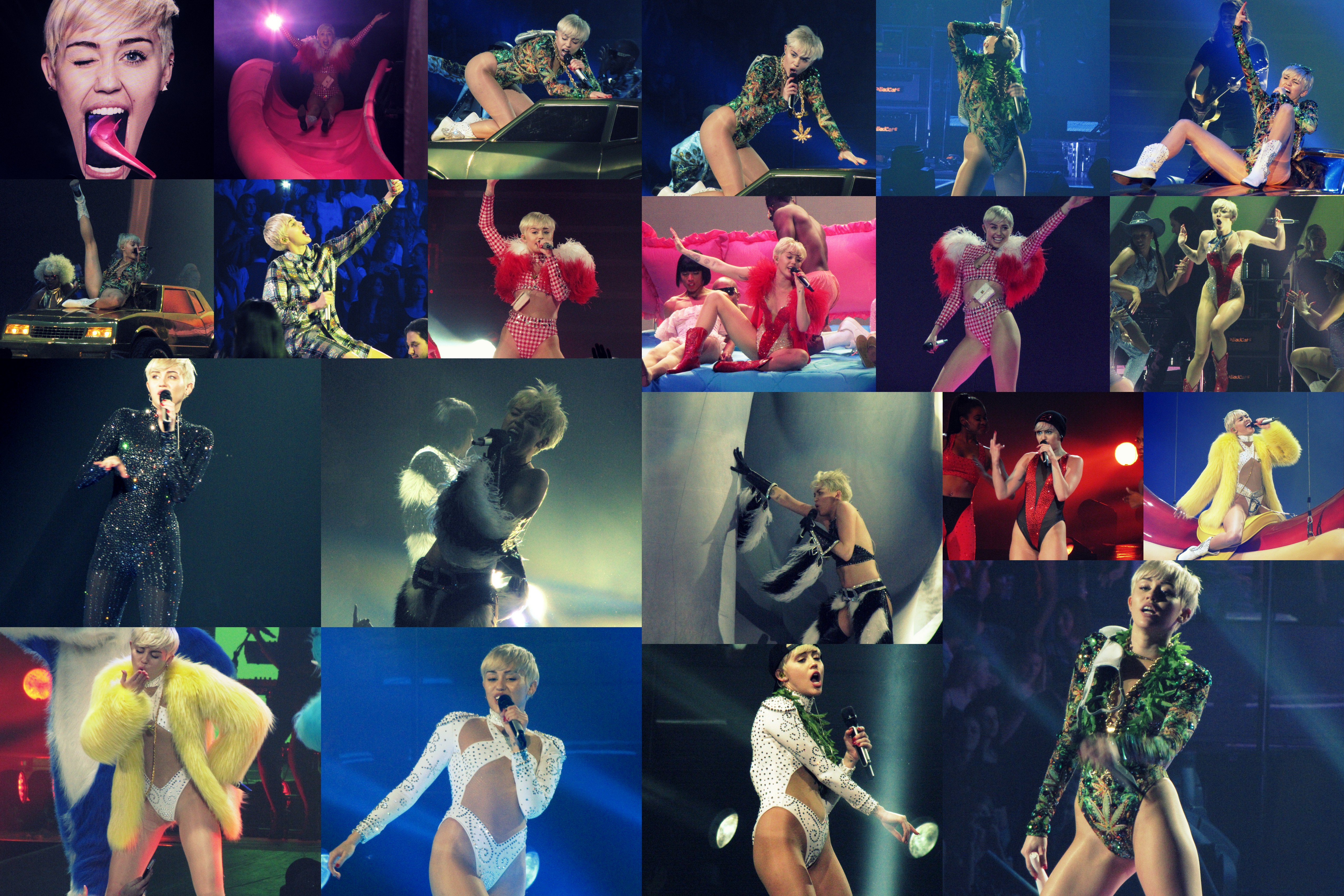 See an amazing compilation of the Evening’s best moments: