#SPOTTED: MARINA AND THE DIAMONDS IN TORONTO FOR “THE LONELY HEARTS CLUB TOUR” 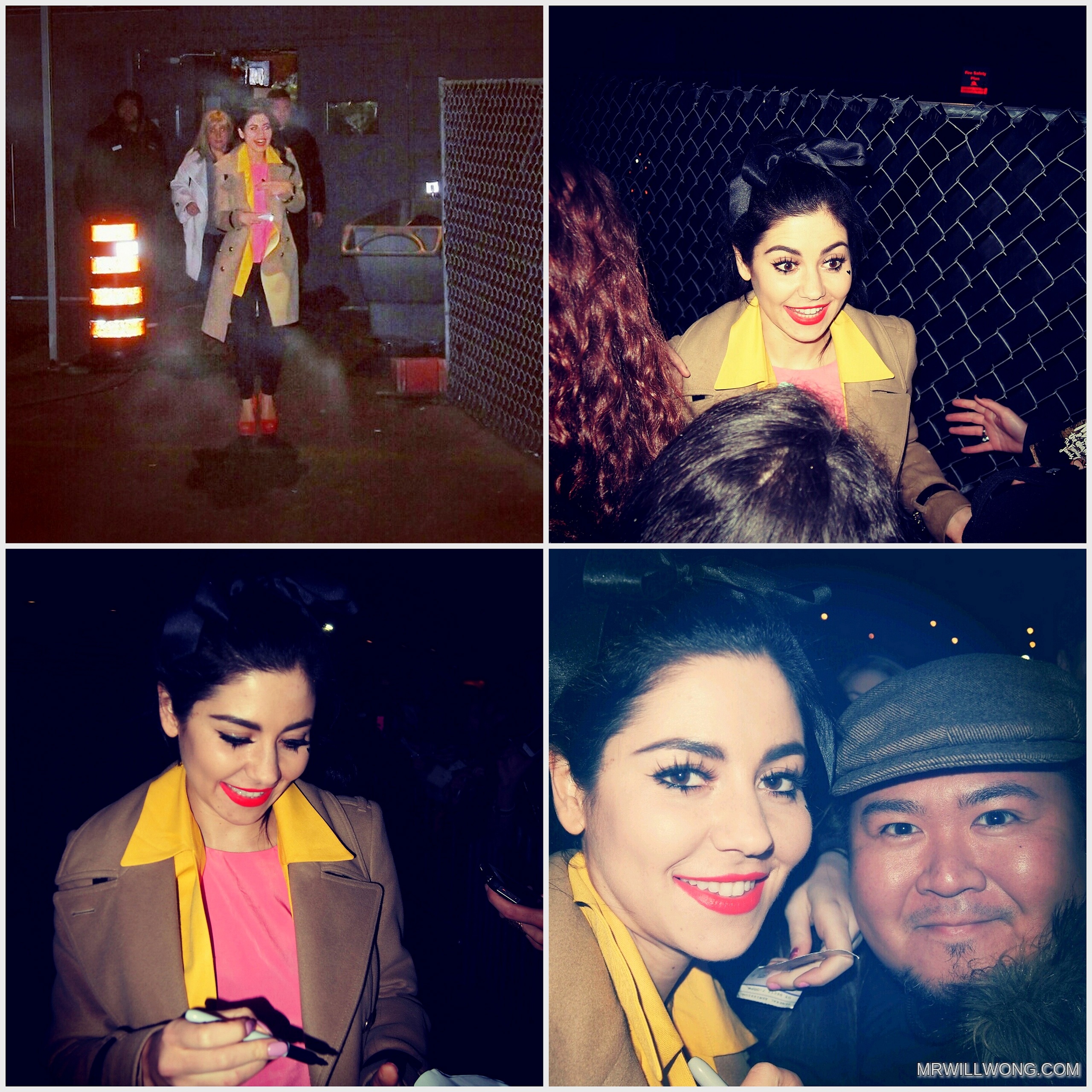 After opening for Coldplay on their Mylo Xyloto Tour, Welsh Import Marina and the Diamonds flew-into Toronto yesterday to kick-off the second leg of her  self-headlining The Lonely Hearts Club Tour in North America.  Filling-up the Kool Haus tonight, the 27-year-old Singer/Songwriter whose most recognizable trademark is the small heart she dons on her cheek, highlighted material from her latest Disc from Warner Music, Electra Heart.  The Disc has her collaborating with heavyweights like Dr. Luke, Benny Blanco, Diplo, Stargate, Greg Kurstin, Guy Sigsworth and Cirkut, drawing comparisons in her sound to that of Katy Perry, although she recently revealed to Metro Canada that she neither feels this a compliment or an insult.  Read that Interview here.

Marina and the Diamonds is known for her generosity to Fans and she was amazing to stop and take several Snaps with Fans after finishing her Show tonight, before heading into her Tour Bus, which is Philadelphia-bound next. She was smitten particularly with one young Fan who was just eight-years-old, recording a Video of her introducing herself.

Watch Marina and the Diamonds interact below with Fans:

dr. luke marina and the diamonds