Happy New Year, Wongsters!  I admit it’s been a while since we’ve spotted a Celeb in these parts, but what better way to kick-off ’14 than with a Fresh Face?

Justin Bieber Fans – or Beliebers as you call yourselves – need little introduction to Maejor Ali, the 26-year-old Singer/Songwriter who reached the Top 20 this Fall with his Track, Lolly (ft. Justin Bieber and Juicy J.). After spending New Year’s Eve in Paris, the Detroit-born Talent, flew into Toronto last night to spend the day with Bieber, with whom he is said to be working on new Music in addition to his own upcoming Album. He also is responsible for producing Teen Sensation Austin Mahone‘s Single Say Somethin‘.

Ali, who currently is signed to Bieber‘s Schoolboy Records (Universal Music), strutted the streets of Toronto New Year’s Day like a Champ in a jacket and robe in these frigid temperatures!

See Ali’s Video for Lolly, which has amassed over 50 million views on YouTube: 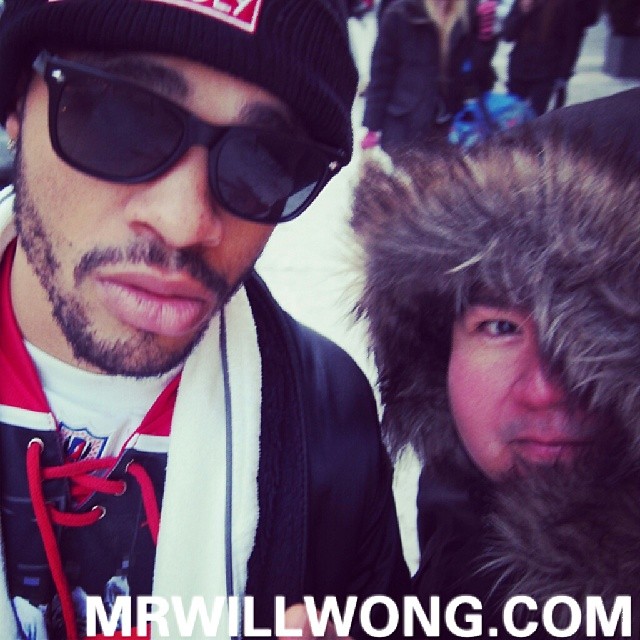