A Superstar has descended upon Toronto.  Make that a Megastar, actually. Lady Gaga certainly has been to Toronto many a time in her short, storied rise to the top of the Pop World.  Other than to tour though, it’s been quite a while since she’s come to promote an Album and now she’s striking while the iron’s hot.  Latest Disc ARTPOP is set to sell over 250k copies in its debut with numbers to be finalized midweek, good enough to make her a clear #1 on the Billboard Hot 200 Chart.  The Singer/Songwriter/Visionary/Icon in addition to doing various Sitdowns with Media at her Hotel,  came to appear at an intimate Media-free Q&A with Fans, sponsored by the VISA Infinite Card at 99 Sudbury tonight.  Although a tad late, she eventually made it out to meet a small group of Radio Contest Winners beforehand at the Venue.

We spotted Gaga arriving at her Hotel earlier today after Insiders told us that her initial flight last night was postponed. Rolling-down the window of her SUV, 30-plus Fans who queued as early as yesterday took delight in seeing their Idol stop to greet them.  Elegant in a white Cashmere/Wool Coat and jewel-lens Sunglasses – her hair Marilyn-esque – Gaga was a vision of grace, taking-in some well-deserved love and praise from her Admirers which came in the form of gifts, letters, requests for Autographs and Photos.  Meeting Fans new and old, Gaga brought smiles as a calm order was maintained with her accommodating Bodyguards.

I’ll be the first to admit that I’ve tried a record 15 times for my Gaga Moment, tracing all the way back to the Summer of 2008, but after some tough luck and venomous attempts from others to thwart it from happening, the odds certainly were in my favour at long last.  I was in Katniss mode. Overcome with emotion and excitement, I expressed my love for Gaga telling her how much this all meant to me and she told me back “I love you, Will!”, before personalizing a couple of my CDs for me.  She even wrote that she loved me on my copy of ARTPOP as a constant reminder that my affections are in fact requited. So starstruck, my stomach was unsettled for a good 45 minutes after, paired with frequent reminders to myself by checking my Camera that all that had taken place was not in fact a dream.  It really happened.

Lady Gaga‘s Music to me always has been about self-expression, fearlessness – an Ode to the Underdog and those living life off-center under the guise of  a fun Pop sound.  I have adored her from the start and will always be a Fan.

Not to make this all about me, this certainly was one of the most pleasant Fan experiences I’ve ever had. Gaga‘s Monsters (as her Fans are called affectionately) had a spirit of co-operation and camaraderie among them, offering to take each other’s Photos and kindly moving-out of one another’s way when required.  Several who caught wind of my struggle, came over to give me high-fives and hugs in celebration of the moment. I will never forget the feeling of kindness shared by all who partook in the moment.  I even got stopped a couple times on the street this weekend by others who read my Blog, sending me well-wishes knowing what this meant to me.  The love and support was felt deeply.

And at long, long, long last here is the “famed” Snap! 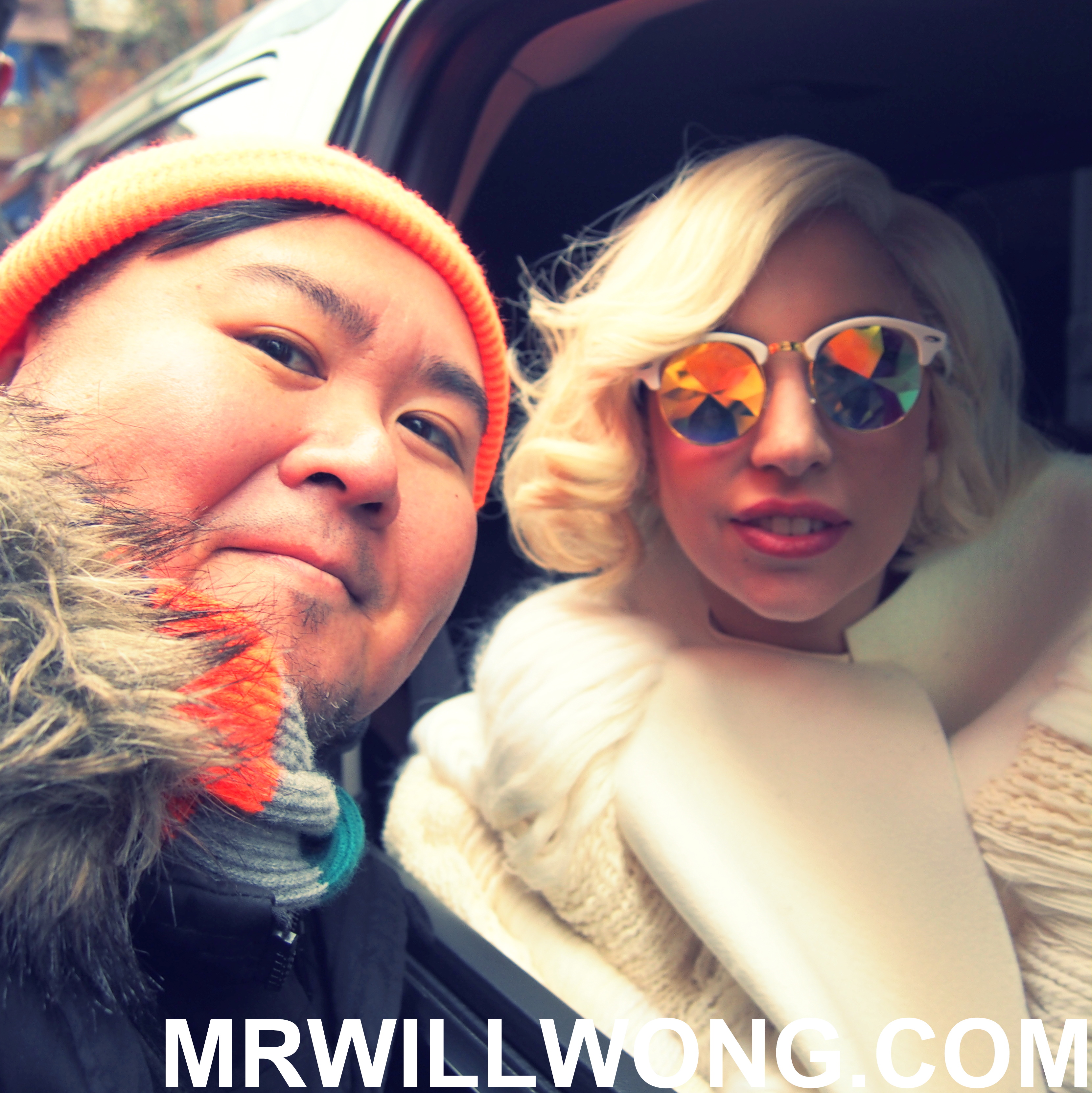 Although for a multitude of reasons I can’t  divulge more location details to my Readers, I am always for the spirit of sharing and would love for one of my Readers to win a Signed Item from Gaga herself from my personal Collection.
See it below: 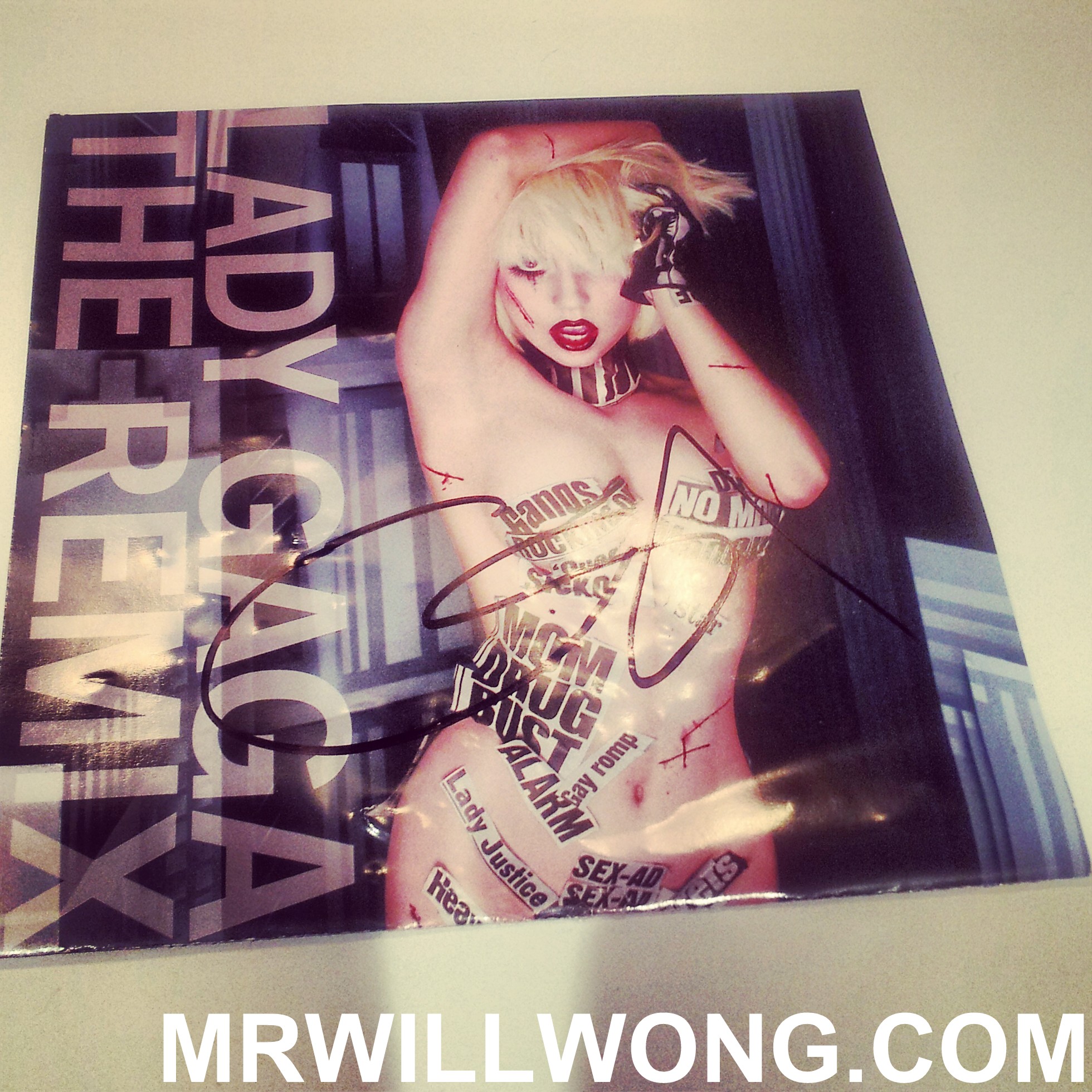 To enter to win, simply click “like” on this Post at Mr. Will Wong on Facebook. All are welcome to enter!
Good luck.
Universal Music Canada releases ARTPOP, now in stores!  Get it on iTunes!
(Photo/video credit: Mr. Will Wong)
lady gaga