Flashback to the early 2000s. Minnesota-born Josh Hartnett was one of Hollywood’s hottest young up-and-coming Stars. He had left a major impression with a Breakout Role in Sofia Coppola‘s The Virgin Suicides, found success starring opposite Ben Affleck in Box Office Smash Pearl Harbor and went-on to a prominent role in acclaimed War Drama Black Hawk Down.  Where has he been since?

You don’t need us to tell you how tough Hollywood can be.  Hartnett was approached for the Lead Role of Clark Kent in a then-upcoming Superman Reboot. He turned it down. Word came of Hartnett also being up for the coveted Role of Bruce Wayne, which would go to Christian Bale along with multiple Box Office records and critical acclaim. The Actor simply didn’t want the commitment nor did he want to be pigeon-holed as a Superhero Actor.

Hartnett was back in Toronto, a City he both has filmed and promoted in, for the second Season Premiere of Showtime‘s Penny Dreadful. The Psychological-Thriller Series merges Characters from various Irish and British 19th-Century stories and has him starring as the violence-aversive Ethan Chandler.

In addition to a day full of Press including visits earlier in the day at CTV‘s The Social and The Marilyn Denis Show, Hartnett did a Q&A for Fans prior to a presentation of the Series’ Season Premiere.  He explains to the Ladies of The Social that “It’s not so much about sensationalism as it is about Characters with heart and confusion about their identities, their dark pasts and how they deal with it”. “We’re trying to compete with the best Dramas on TV.”.

We are thrilled finally to have gotten our Selfie after all these years!  We think the long hair and facial hair suits him rather well!  Girlfriend and English Actress Tamsin Egerton sure is a lucky Lady! 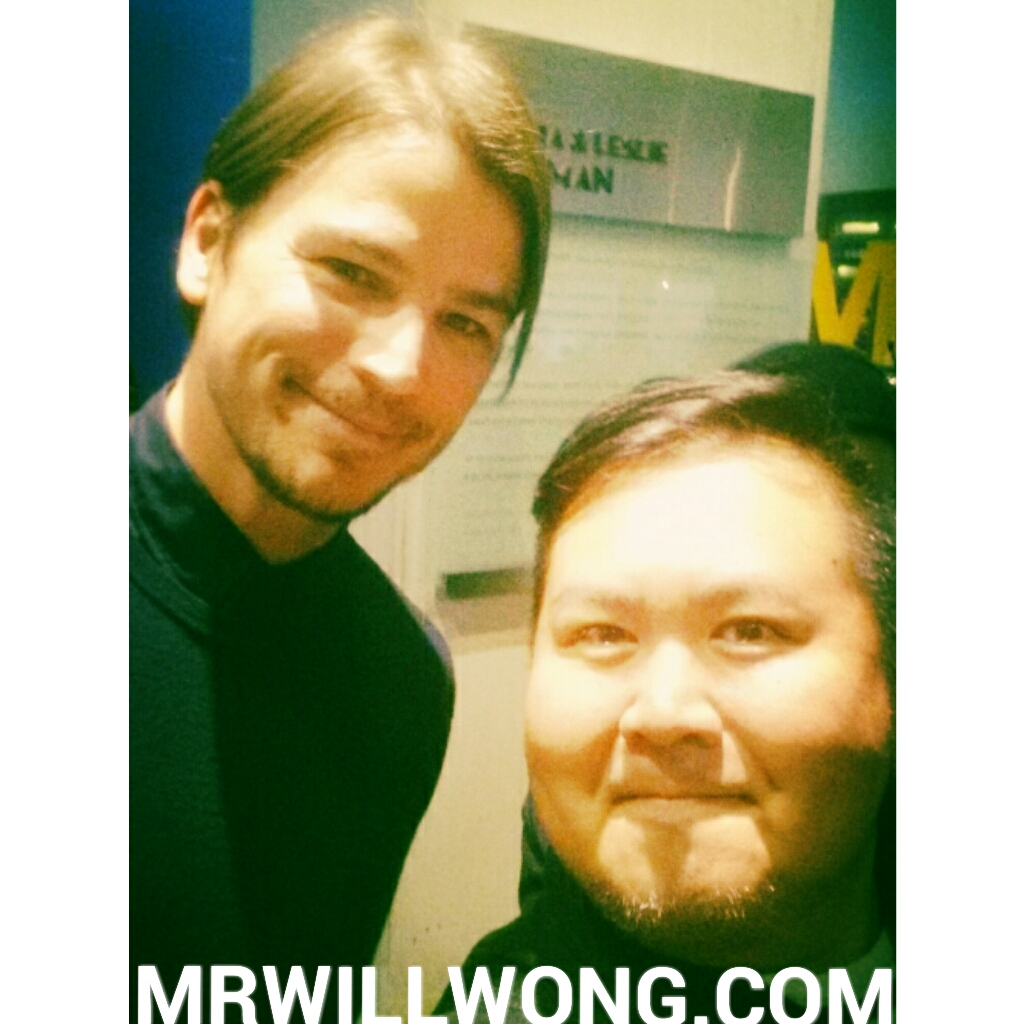 Penny Dreadful Season 2 premieres in Canada on The Movie Network Sunday, May 3, 2015 at 10 PM.