#SPOTTED: JOHN CHO IN TORONTO FOR “STAR TREK INTO DARKNESS”

Toronto Trekkies received a special treat tonight as Star Trek Into Darkness Star John Cho met his Fans at Yorkdale Shopping Centre‘s Microsoft Store, followed by an introduction for those lucky Fans who got to attend a Special Advance Screening of the Film. Cho reprises the role of Hikaru Sulu, made famous by George Takei.

Contributor Jon Godfrey was among the lucky to attend tonight and already is raving about the Film. Review to come release day!  He tells me, Cho is so proud of the Film in fact that he told the Audience, “This is a moment in my Career one day I will tell my Children about”.

Paramount Pictures releases Star Trek: Into Darkness on Friday, May 17, 2013.

See a Snap below from tonight’s Screening: 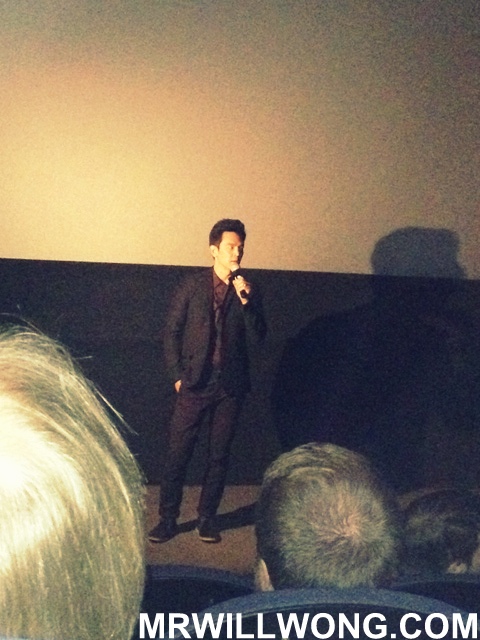