Stunning.  Just absolutely stunning!  Jenna Talackova made headlines around the World in 2012 fighting for her right to compete in the Miss Universe Canada Pagaent.  Donald Trump tried to stop her on the grounds of not being a “naturally-born Woman”, but she took got the Lawyer involved and made it happen, before advancing to the Competition’s Top 12 and winning Miss Congeniality.

Vancouver-born Talackova completed her Gender-Reassignment Surgery in 2010 and has not looked back ever since, now set to star in E! Reality Series Brave New Girls, which documents her journey from the West Coast to Toronto as she embarks on a Modelling Career.

The eight-episode Series documents the Beauty’s Adventures with her Family and Friends and even touches upon her dating life and the challenges she faces when she reveals to Suitors that she was born male.  Is it that big an issue though?  “It’s not really that big a deal”, she reveals to the Hosts of CTV‘s The Social earlier this week. “It’s more just me – I’m picky.”.

Out and about promoting her new Series, Talackova stopped-off at Global Television‘s The Morning Show (National Edition).  Actually a lot taller than I’d imagined, she and her Entourage were so kind to stop to take a Photo. The Model was super-sweet, telling me she loved me back, commenting how cute Billy is!  They were then seen walking over for Coffee at Crema on Bloor Street, where I’m sure many heads were turned!  Calm down, Boys! 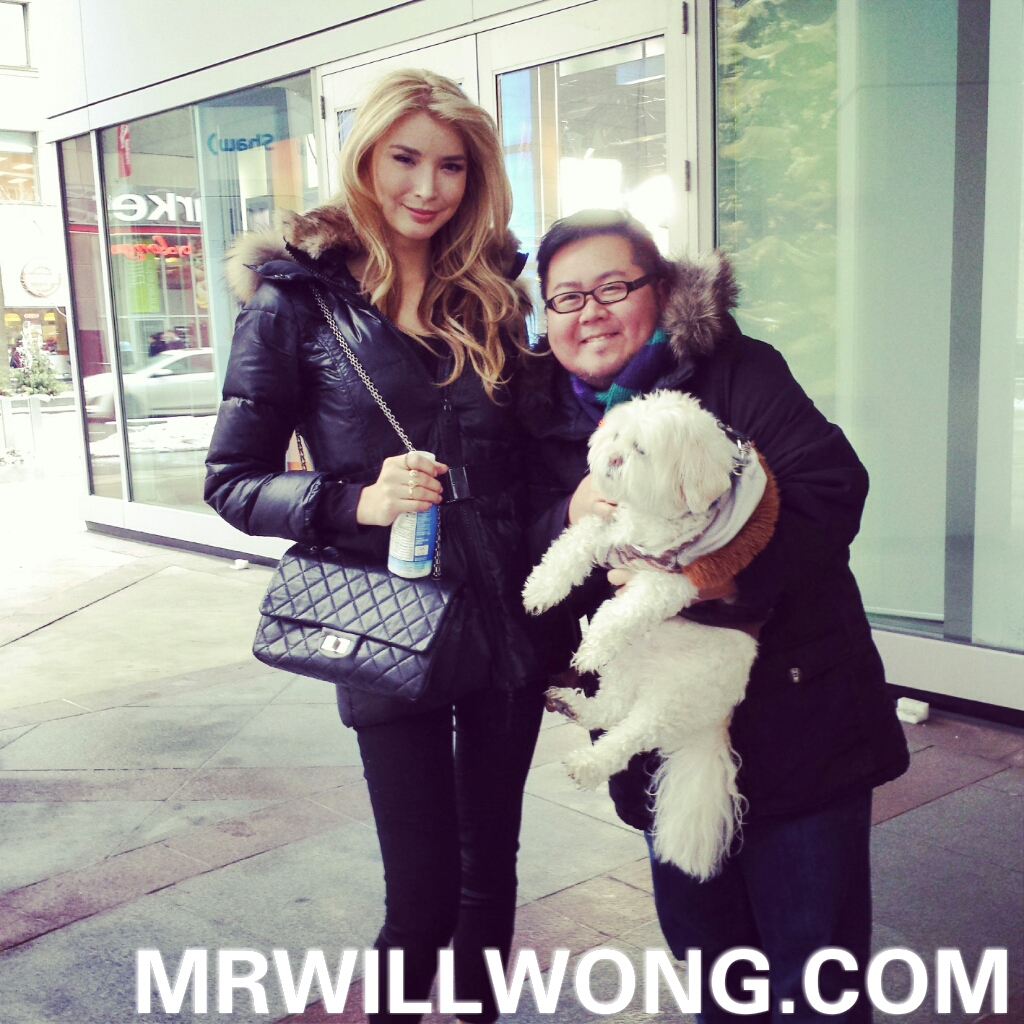