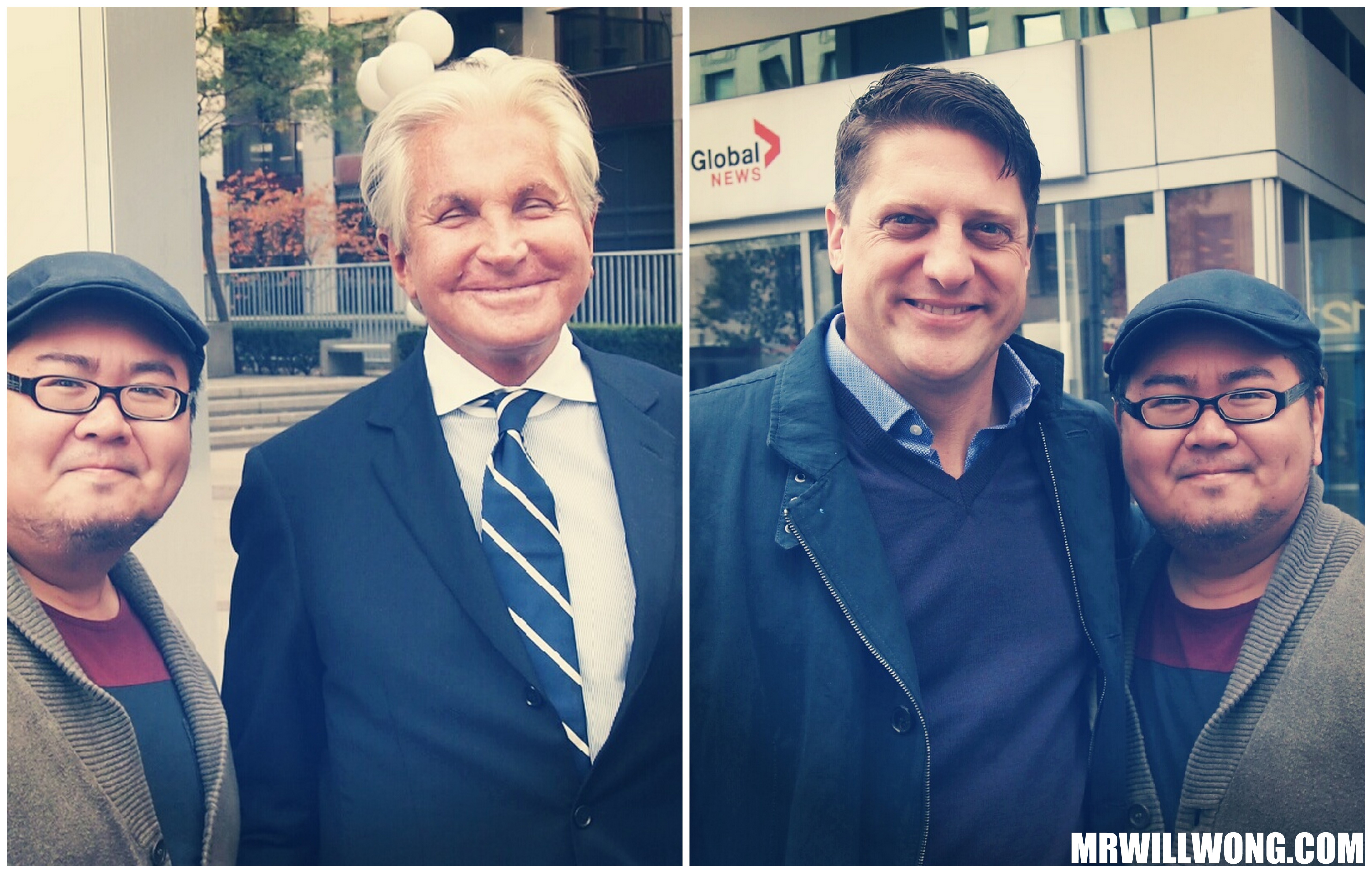 After winning three TONY Awards in 2010, Mirvish Productions now is ready to unleash the hilarity in Toronto that is La Cage aux Folles. Starring Golden Globe Award Winner George Hamilton and TONY-nominated Christopher Sieber, the Musical centers around Georges (Hamilton), the Owner of a Saint Tropez Night Club and the love of his life Albin (Sieber), who also is known in drag as  the glamorous Zaza.  Georges‘ Son finally is ready to introduce his Fiancée‘s Parents to Georges and Albin and what ensues is pure comedic Drama as these personalities clash in the name of love.

Both Hamilton and Sieber were out and about doing the morning Television Circuit here in Toronto including visits to CityTV’s Breakfast Television and also Global Television‘s The Morning Show.  They are slated also for Radio and Television Interviews at CBC later today.

I had the pleasure of meeting the Duo quickly following their appearance on The Morning Show, where they played-up their chemistry with a bit of bickering.  You can watch the Interview in full here.  One of Hamilton‘s Handlers was extremely kind to lend a hand to snap Photos – the Gentlemen all smiles.  I must say Hamilton – who was spotted a Sotto Sotto last night with a Female Friend enjoying Champagne – looks impeccable!

Get your tickets here.