#SPOTTED: GARY OLDMAN IN TORONTO FOR “ROBOCOP” | ENTER TO WIN A SIGNED PHOTO 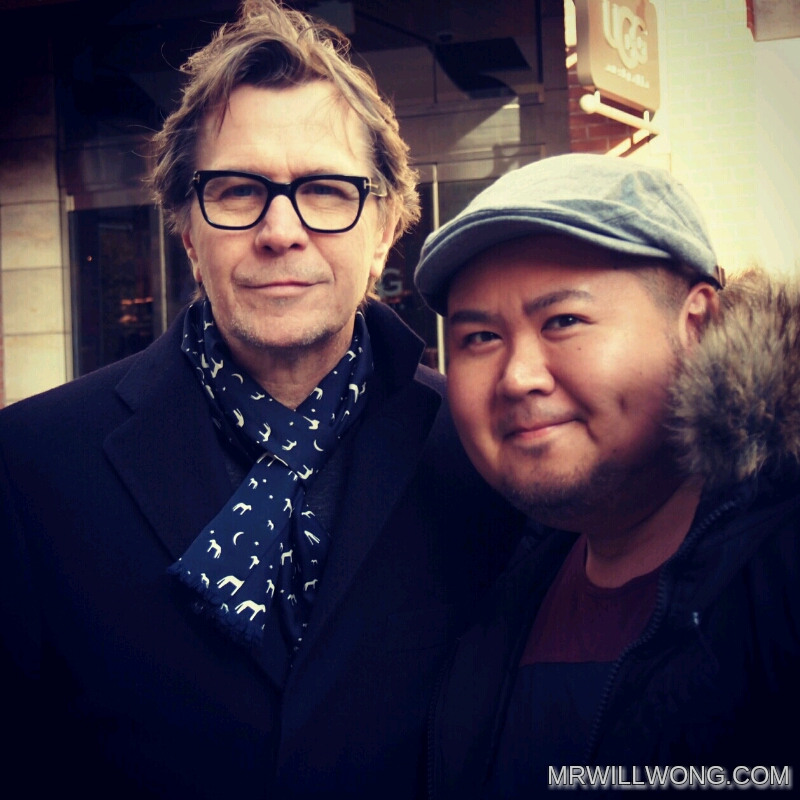 Amazing day of Celeb-spotting!  Earlier today I spotted none other than brilliant English Actor Gary Oldman out and about on a stroll.  The Thespian who is known for his superb work on timeless Films such as The Contender, True Romance, Tinker Tailor Soldier Spy, The Professional and both The Dark Knight and Harry Potter Franchises, looked smart in an amazing navy blue Scarf (adorned with dogs and moons!) and Peacoat.  I spotted him admiring the Architecture of a Hotel, snapping a Photo of it on his Cell Phone. Just this past weekend, he was spotted at Varsity Cinemas watching Lincoln (read my Review here).

Although caught a bit off-guard to be recognized, he was more than kind to snap a Photo before heading off with a Mate on his Stroll, while some of his RoboCop Co-Stars prepped for an evening Shoot tonight.  Oldman is expected to be in-town till February when the Film wraps here in the City.  He will be playing the role of Dr. Robert Norton in the Sony Pictures Reboot, set to hit theatres February 2014.

Oldman‘s connection to Canada will deepen as he’s slated to begin work on Canadian Production Monster Butler shortly in Scotland and England, alongside his Good Friend and equally legendary Malcolm McDowell.  McDowell in a Chat with me earlier this year, told me about the Film and his Buddy, Oldman!  Read more here.