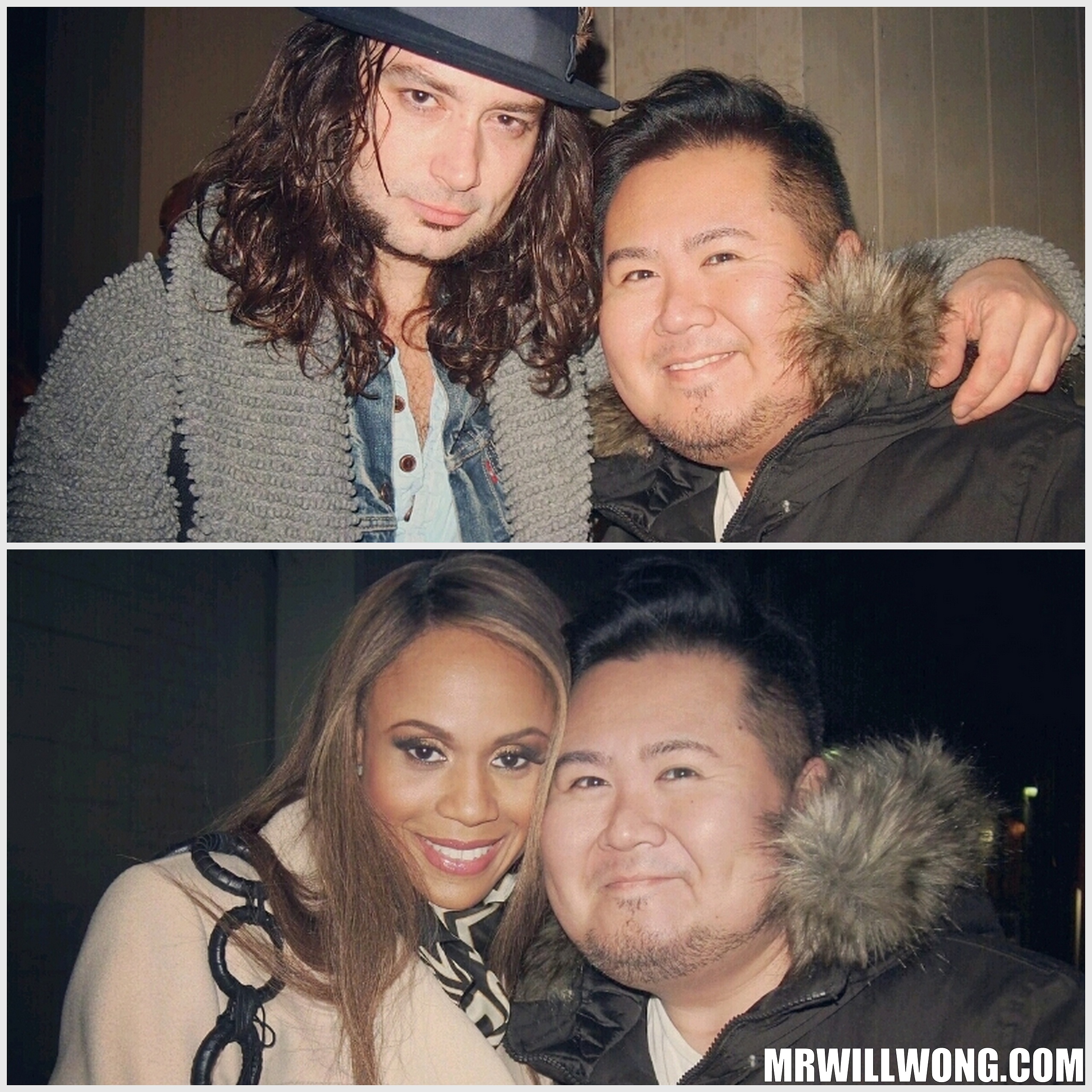 Here for only a five-day engagement in Toronto at the Ed Mirvish Theatre, Jekyll and Hyde comes to the City after a successful four-year Broadway Run, before continuing on its North American Tour in Washington, D.C.  The Musical stars American Idol Finalist Constantine Maroulis who since has made a splash on the Great White Way in Rock of Ages and here he plays the Role of Dr. Henry Jekyll and his Alter-ego Edward Hyde.  Toronto’s v. own R&B Star Deborah Cox (now a Resident of Miami) also is featured front and center as Lucy.  Jekyll and Hyde is an odd story of a Scientist who uses himself as an Experiment in his quest to find a cure to some of Mankind’s greatest medical problems.  This however, unleashes his inner-demons, creating far greater a Dilemma than he could have anticipated.

Following their Performance tonight, Maroulis was spotted bundled in a cozy Burberry Sweater, spending time with his Fans and going directly first to one Woman who waited by the Stage Door in her Wheelchair.  Humble, he assumed Fans were waiting for his Co-Star Cox, telling everyone that she would be out in a moment, not thinking for a moment that the commotion might have been for him.  He tells me and another Fan that he wishes that he could have more time in the City and maybe even a chance to do a Preview Show or two before launching it in each City, but as is the case with a Tour, the tempo is quick. He is pleased with the great feedback he has been receiving for his dual-role Performance, especially as the darker Hyde.

Cox exited soon after, donning much more simple straightened locks than the voluminous wigs she is required to wear in her Role.  She spent a fair amount of time shaking hands and posing for Photos and was more than happy to sign one of my favourite R&B Discs, One Wish. The GRAMMY-nominated Singer/Actress states to me that she is hoping v. much to begin work on a full-length Disc, but for now Fans will have to do with a Powerhouse Dance Single she just released last week, (From the Ghetto) Remember Me.