The ’90s were dominated by Supermodels and none were more prolific than Cindy Crawford.  Expanding her portfolio to include activism, writing and acting, Crawford‘s influence still can be felt to this day in the mainstream eye.  Her Cindy Crawford Home Collection is available exclusively in Canada at The Brick, her stylish couches made of top-grain Italian leather, linen-like fabrics or leather-like upholstery. While the retailer is known for its accessibility, her name attached to the brand certainly gives it a stylish lift.

While she has been known to vacation out this way with her family, the Icon was in Toronto to celebrate her Collection’s tenth anniversary in Canada.  Appearing at The Brick‘s Mississauga Superstore, fans got a rare chance to meet still stunning Crawford. While her time was limited, she arrived punctually taking her time generously chatting with fans and posing for photos with their families and personalizing memorabilia.  As the event approached an end with several fans still left in line, the tempo picked-up as she did her best to accommodate as many as possible, staying 40 minutes past schedule.

Crawford has been back in the public eye much of late with her 16-year-old daughter Kaia Gerber following in her mom’s footsteps. Gerber just made her big debut at Calvin Klein‘s show at New York Fashion Week. 18-year-old son Presley also is a model. 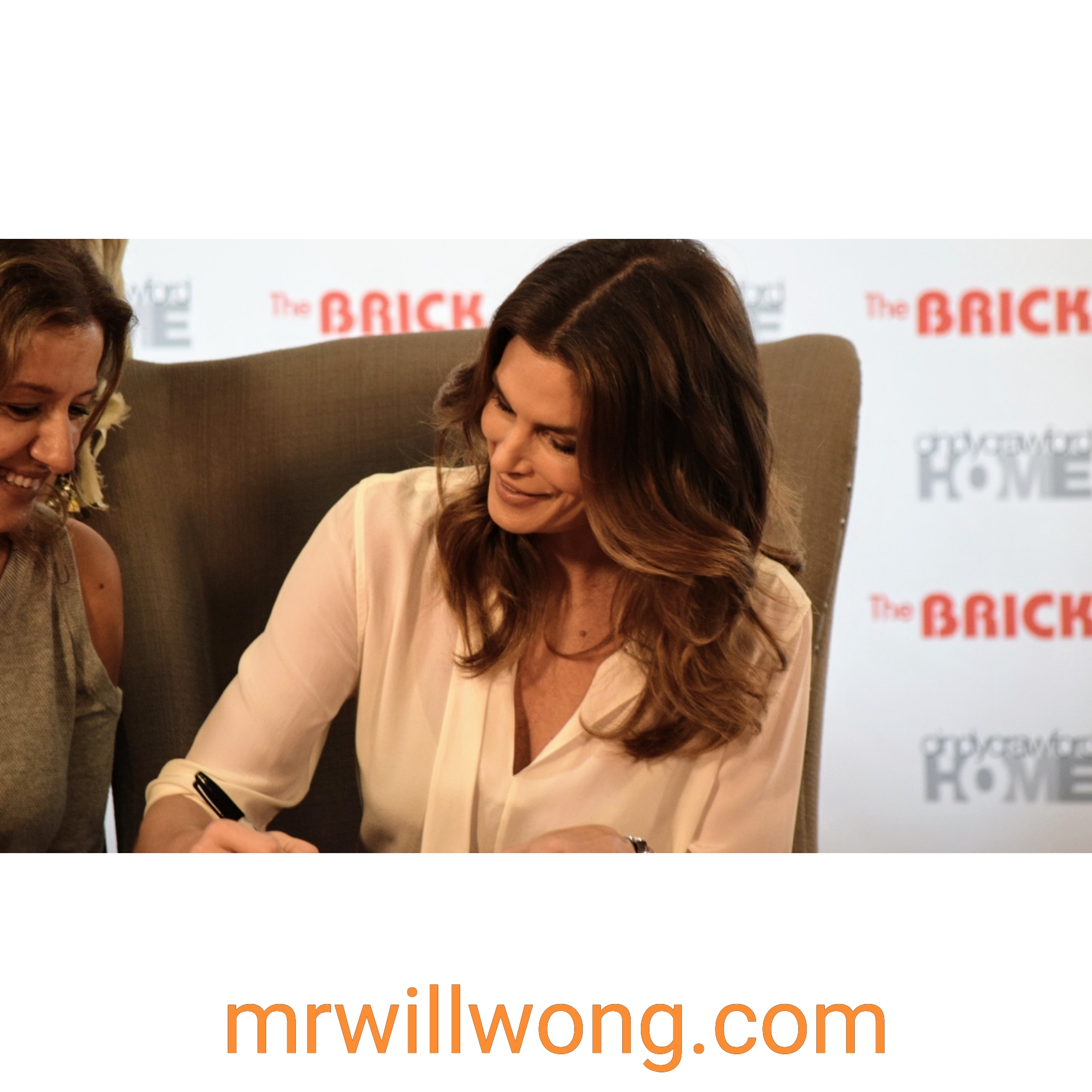 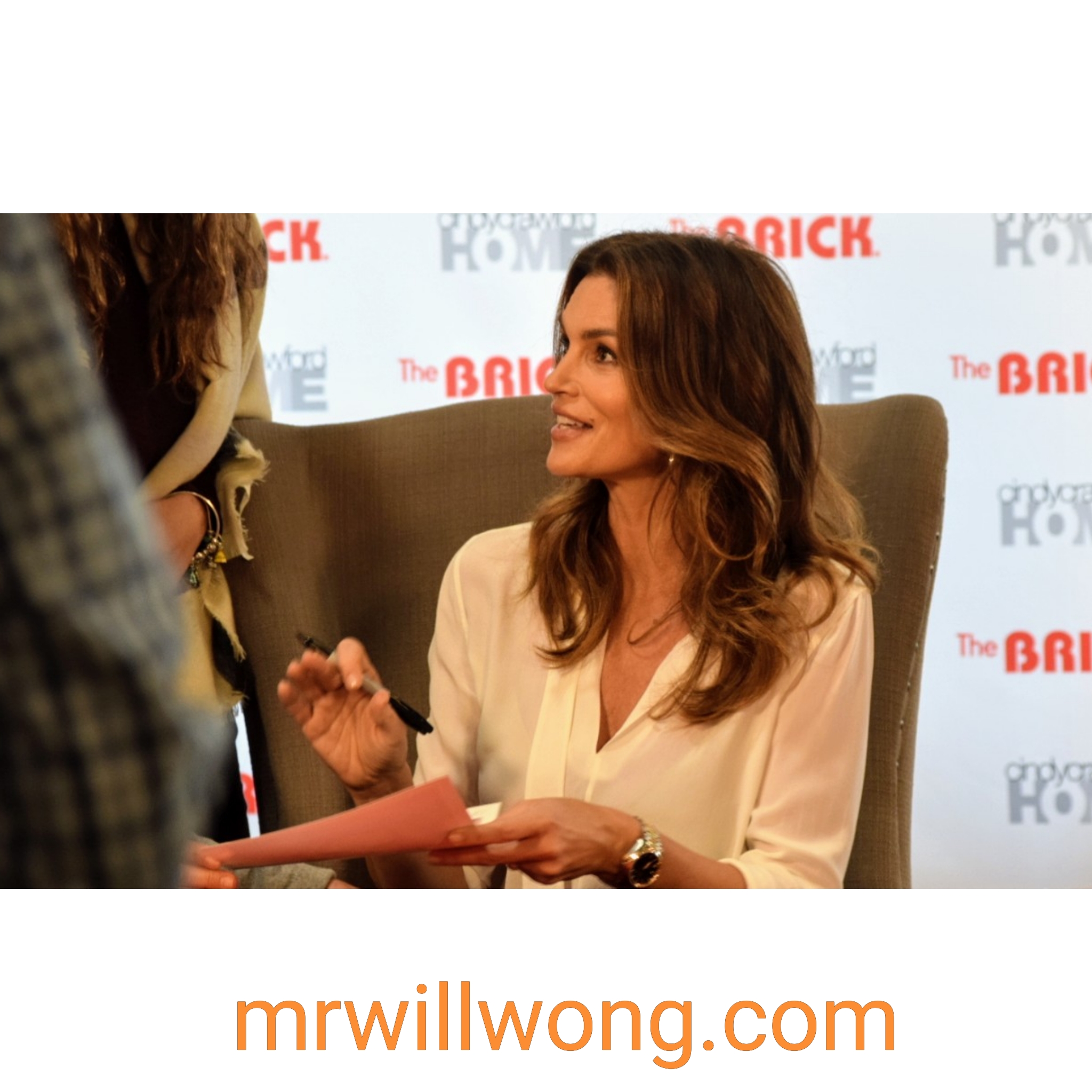 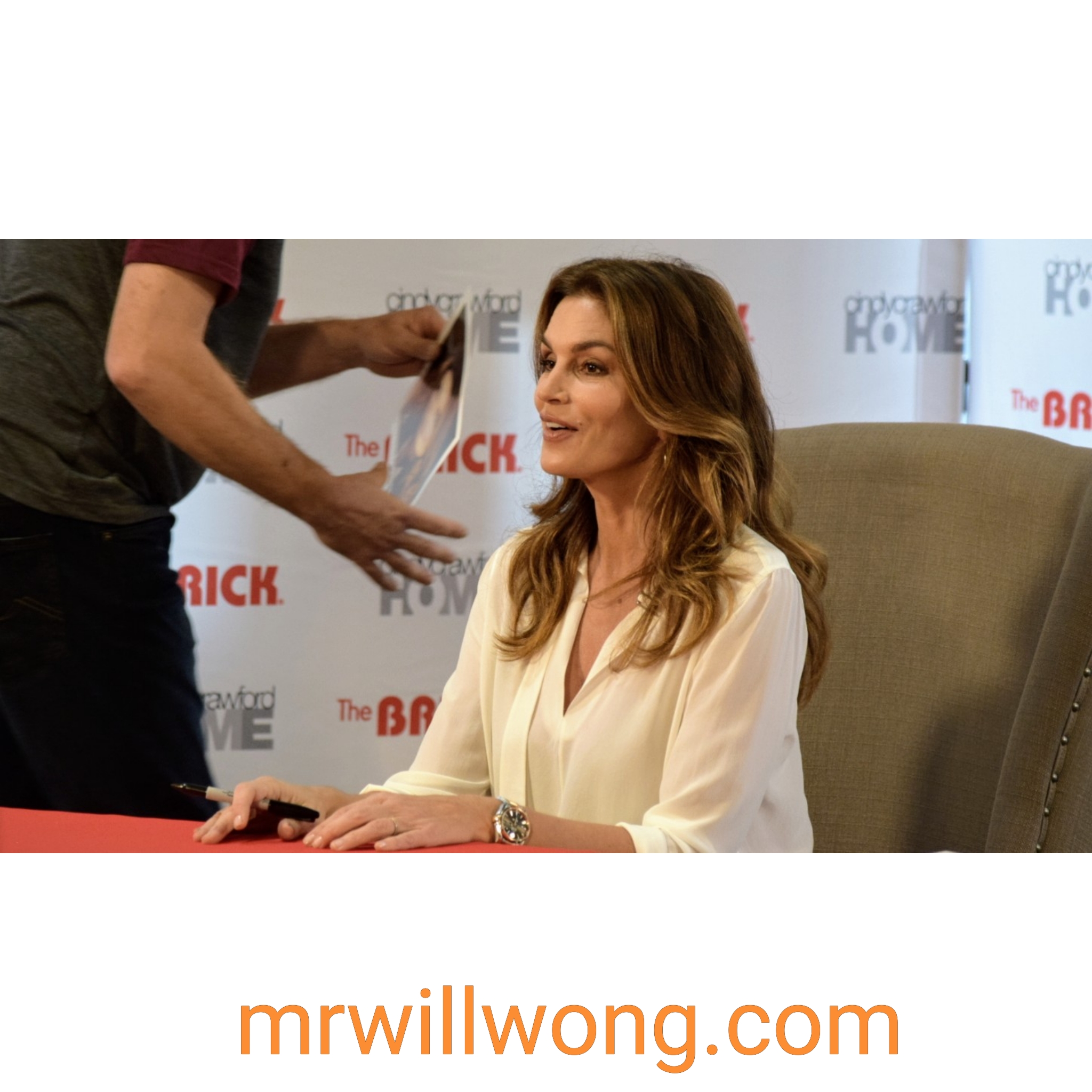 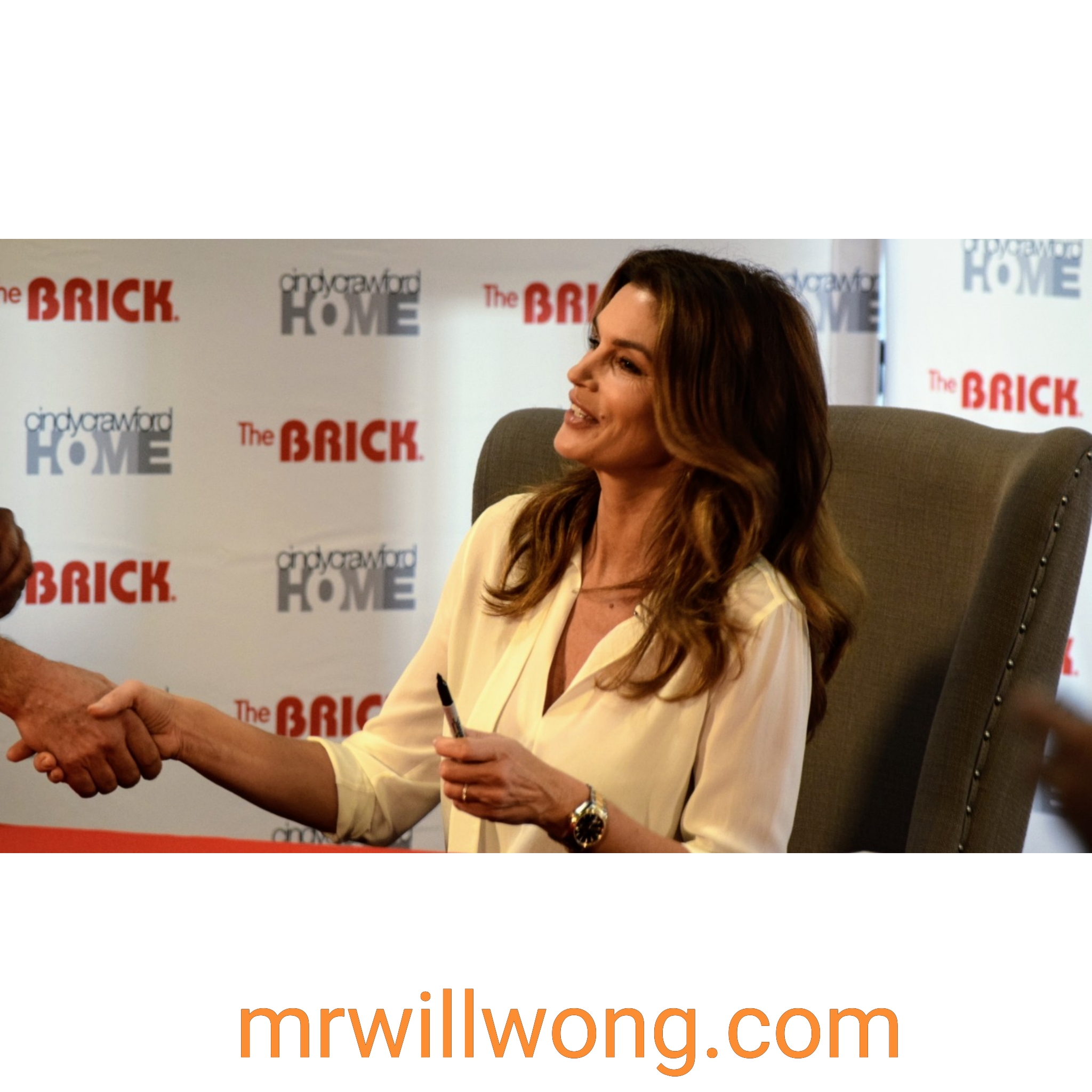