#SPOTTED: AUSTIN MAHONE IN TORONTO FOR “THE JINGLE BELL” 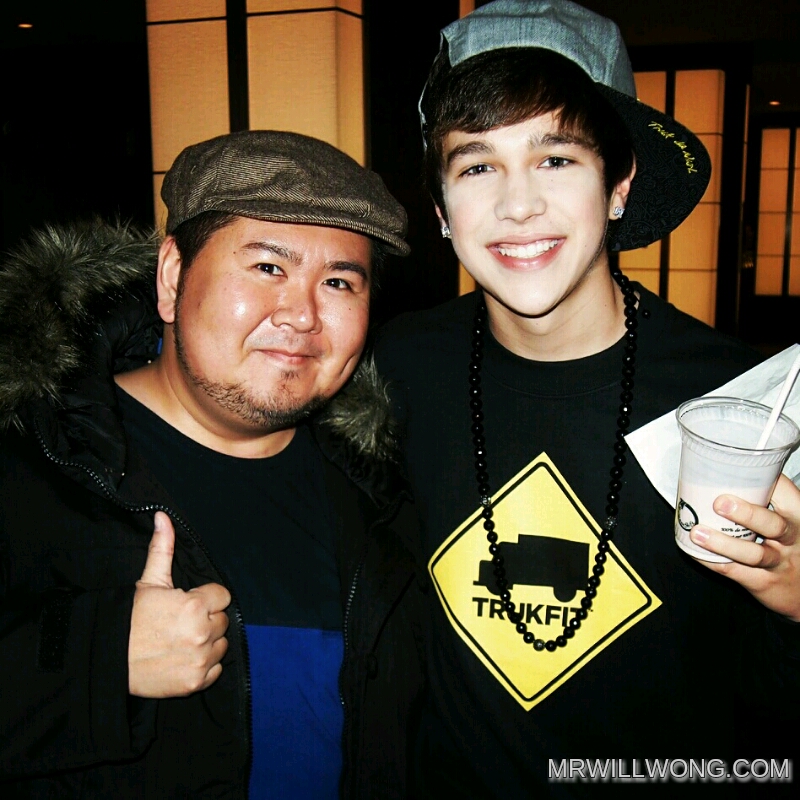 Teen Hearthrob Austin Mahone just gained a whole lot of new Fans this weekend with an appearance at MuchMusic‘s first-ever The Jingle Bell at Air Canada Centre performing alongside Bridgit Medler (who we spotted yesterday), Carly Rae Jepsen and The Wanted, among others. Mahone, who not unlike Justin Bieber, gained popularity virally and in just one year after getting discovered online, he now is signed to Universal Republic in the U.S.

I spotted Mahone – whose growing legion of Fans are known as Mahomies – earlier today grabbing some Breakfast with his Mom and two Bodyguards, one who was super-nice to snap a Photo of us.  His Mom, always looking-out reminded him to keep his Drink lower not to be in the Photo, but as always, Boys will be Boys!