20 years, 130 million records, 5 members once again.  Backstreet‘s back indeed and the Quintet in its original lineup received their much-deserved Star on the Hollywood Walk of Fame earlier today in-time for their 20th Anniversary.  With their sights set on  a Comeback Disc due later this year, Backstreet Boys – often known just as BSB – reunited in the Studio recently with Swedish Hitmaker Max Martin to begin recording their eighth Album.  A couple days ago, they previewed Material for Fans at a Celebration in Hollywood and you can hear some clips below.

Although it remains to be seen whether or not Backstreet really is back for a new generation of Pop Lovers, the Boys embark on their World Tour in May 2013 beginning in China.  A Documentary also is due in 2014.

Hear some Snippets below:

See a Collage of Backstreet Boys Snaps I’ve gotten with them over the years: 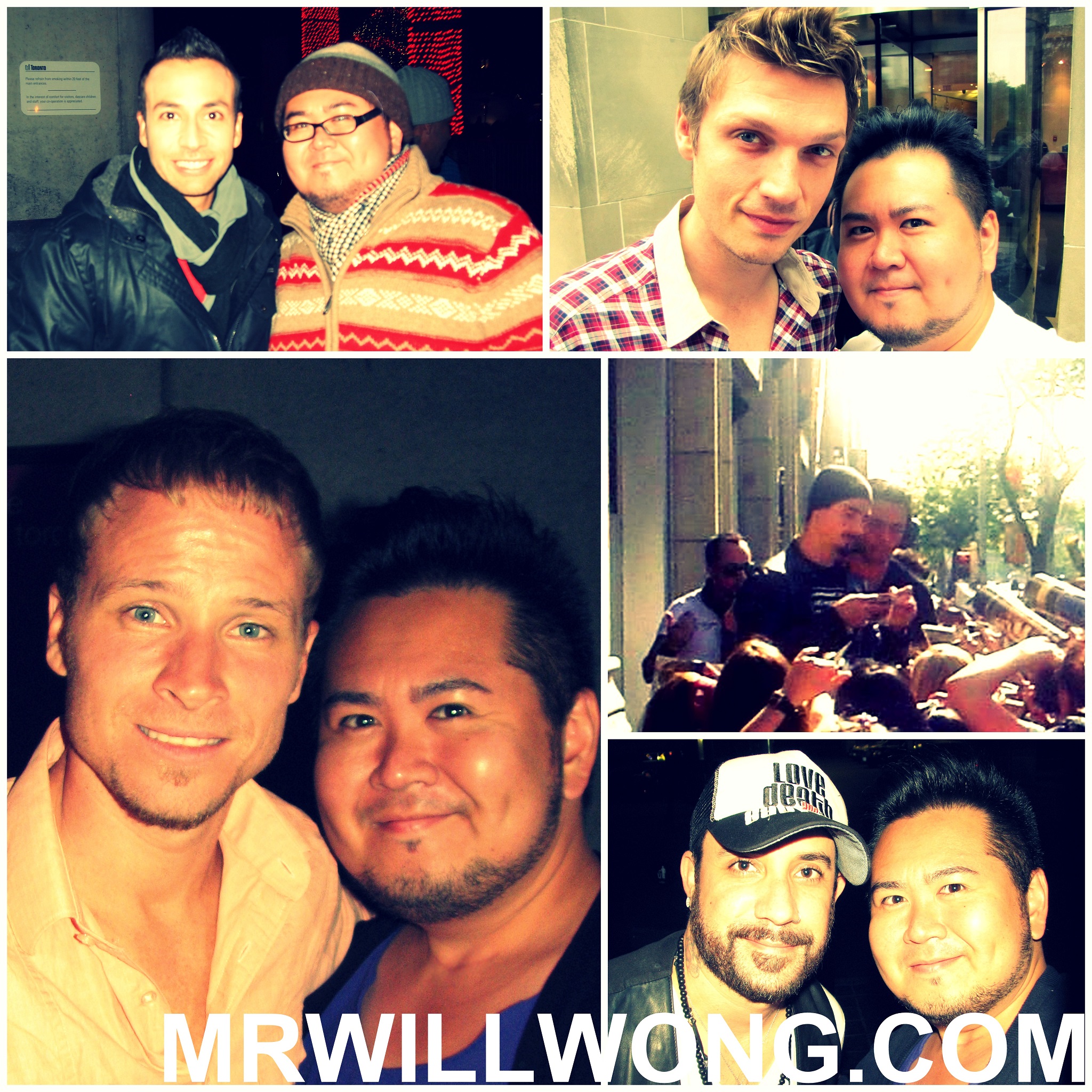