Mr. Will and VVS Films want to take Readers in Toronto, Montreal and Ottawa to an Advance Screening of official TIFF ’14 Selection, LAGGIES! The Toronto Screening takes place 10/22, while Vancouver and Montreal take place on 10/29.

Overeducated and underemployed, 28 year old Megan (Keira Knightley) is in the throes of a quarterlife crisis. Squarely into adulthood with no career prospects, no particular motivation to think about her future and no one to relate to, Megan is comfortable lagging a few steps behind – while her friends check off milestones and celebrate their new grown-up status. When her high-school sweetheart (Mark Webber) proposes, Megan panics and– given an unexpected opportunity to escape for a week – hides out in the home of her new friend, 16-year old Annika (Chloë Grace Moretz) and Annika’s world-weary single dad Craig (Sam Rockwell).

http://www.mrwillwong.com/laggies @MRWILLW wants us to #win Passes to see #LAGGIES in #Toronto, #Montreal and #Vancouver! 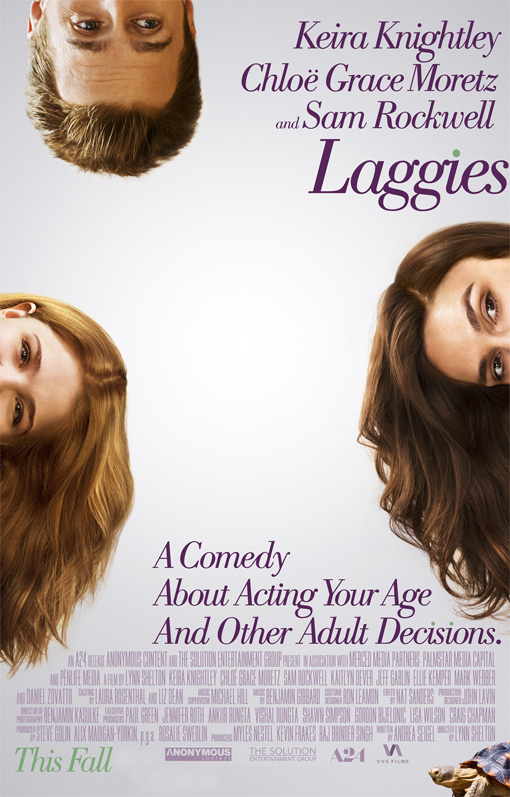