#INTERVIEW: EVAN MITCHELL ON “CASINO ROYALE IN CONCERT” AT SONY CENTRE FOR THE PERFORMING ARTS

For the first time ever in Canada, Sony Centre for the Performing Arts will be the home to CASINO ROYALE IN CONCERT on October 11 and 12, 2018. The audience will be able to experience the James Bond experience accompanied by the power of a full symphony Orchestra performing live and in-sync with the Film. Best known as Daniel Craig’s debut as the heroic and dashing 007, this promises to be an exciting, not-to-be-missed opportunity. I had the great fortune to meet and chat with the Conductor, Evan Mitchell, who comes to the project with an impressive resume and credentials. Not only was he the Musical Director of the Kingston Symphony Association for three years, he also led orchestral collaborations with the Barenaked Ladies, Judy Collins and Pink Martini. Needless to say, my first question was how daunting it was to conduct an Orchestra as the Movie screens and how many times he’s watched CASINO ROYALE.

“You don’t want to know how many times I watched the Movie!”, Mitchell answered with a smile and went on to explain that it is the most time-consuming of the projects he takes-on and it took him a while to realize that he must “lose control” and “let the musicians play themselves”. He added, “The upside is that conducting a pre-established Score is consistent, but the downside is that it is relentless.”. He enjoyed the work and effort it took to ensure everything is in-sync. The more he watched the Movie, the more he saw when and where the live music goes “off-track”.

As to putting his own stamp on the Score, Mitchell explained that Action Movies are harder to work with as there is a constant drive and energy that must be addressed appropriately when compared to the more emotional, quieter sequences and narratives where the Music “can lag second or two behind.”. The many “smash cuts” in CASINO ROYALE made the experience daunting and rewarding. He loved the portions of the Movie that featured actress Eva Greene as the Music was more lyrical and she even had her own theme. “I had a little more room to play”, he explained.

When asked how different this Project was as opposed to his musical collaborations with artists, Mitchell explained, “With Artists like Judy Collins, Pink Martini and the Barenaked Ladies, you are there to support their visions and they are leading the charge. That said, there are adjustments all over the place. With Film, there are no adjustments. The inflexibility is more of a challenge, but also more rewarding.”.

I asked Mitchell what the audience should be expecting from this Concert. He says, “First of all, CASINO ROYALE is a great Film. It’s my favourite Bond movie starring Daniel Craig. They will see an excellent Film with an excellent Score and they will be drawn into the Music. It will heighten all of the action. You will also forget that there is a live Orchestra playing and that is the magic too.”.

I could not end our chat without asking what his favourite Bond movie. We talked about what a huge fan is he of Daniel Craig in all of his Movies and especially how “you can see in his eyes the turmoil he is going through” and how beautifully the relationship between Bond and M (played by Judi Dench) is portrayed. Whereas Mitchell confessed to not seeing all the Bond movies in the Series, he has a soft spot for GOLDENEYE (“It’s Brosnan’s best!”). He added that he believes that “Eva Greene is the best Actress to play a Bond girl, next to Rosamund Pike.”.

Mitchell’s enthusiasm for CASINO ROYALE IN CONCERT was infectious and I personally cannot wait to experience what promises to be an exciting and invigorating night at the theatre. 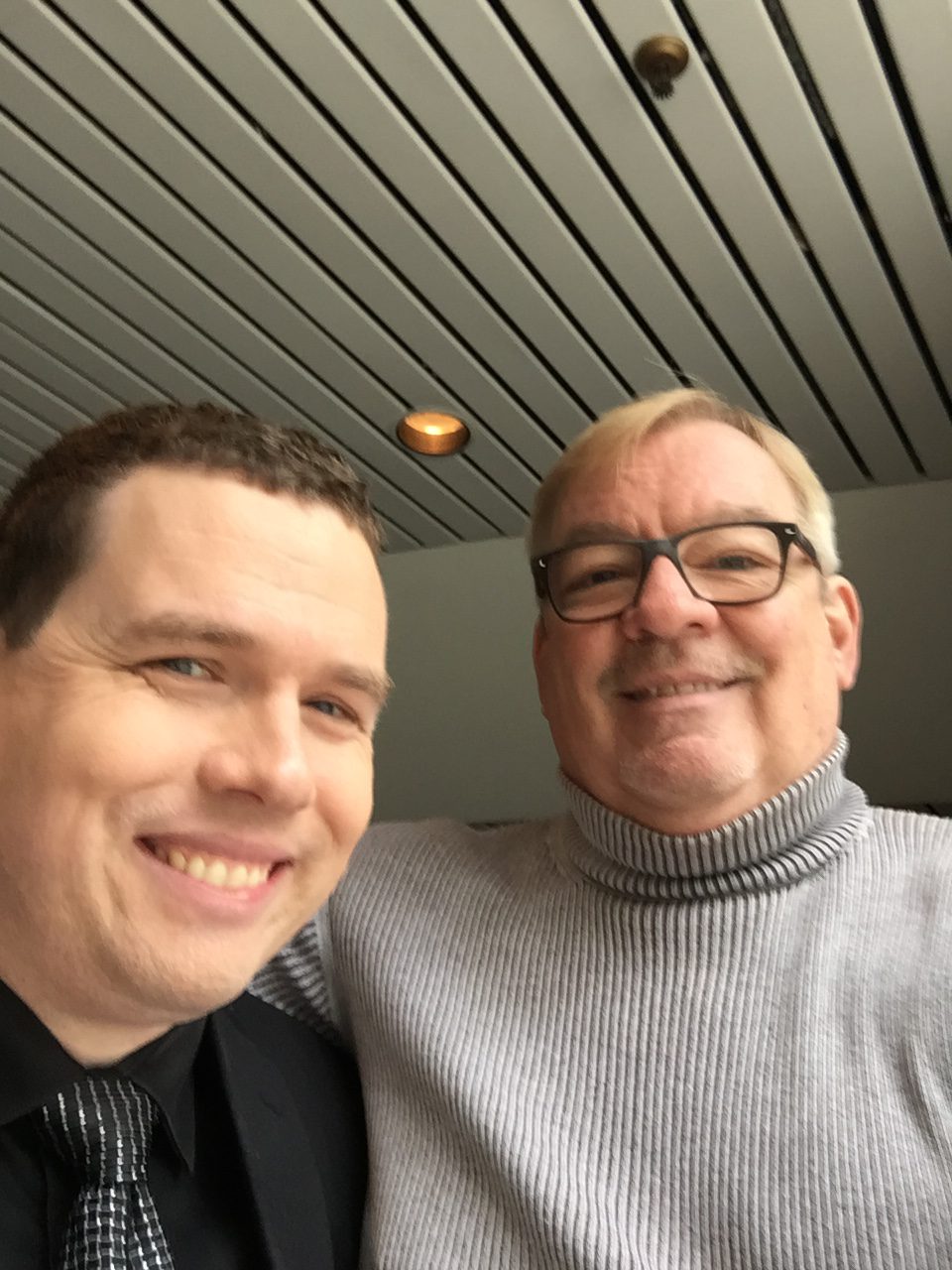 More on this and how to get tickets here.